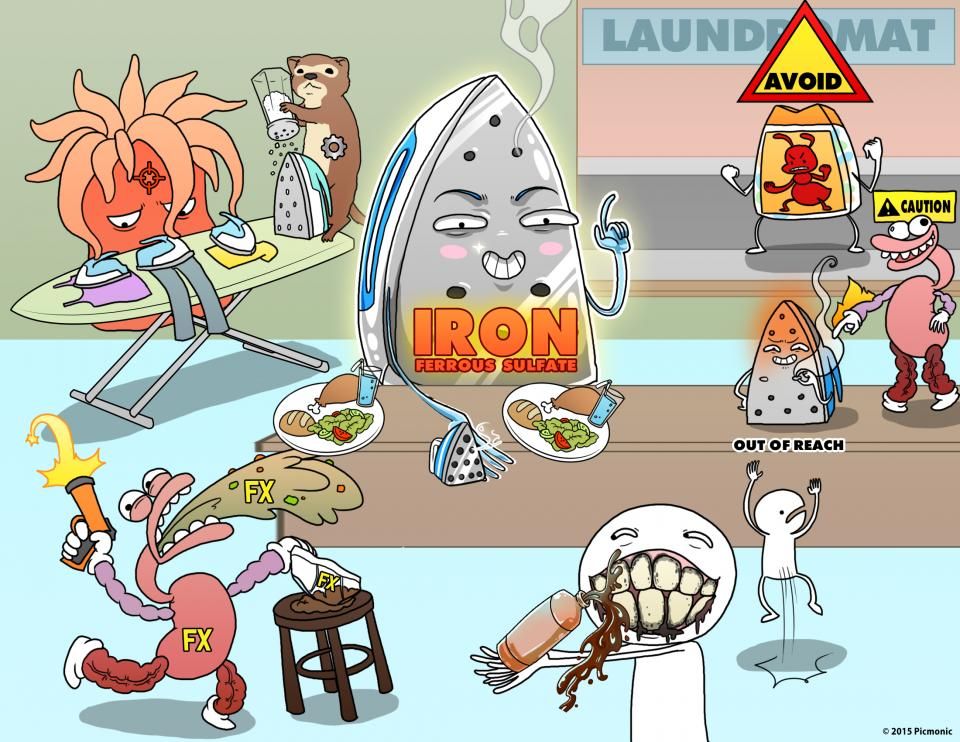 Iron preparations are medications that contain iron, and can be used to treat iron deficiency anemia. This is defined as a state of low red blood cells or hemoglobin in the blood, which could result from nutritional iron deficiency, chronic kidney disease, blood loss or hemorrhage, and during pregnancy or breastfeeding, in which there’s an increased demand for iron and for red blood cells production.

Most often, iron preparations can be given orally, such as ferrous sulfate, ferrous gluconate, and ferrous fumarate.

Now, most of the iron in oral preparations is lost with stool, while some of it is stored inside the intestinal cells as ferritin.

When the body’s iron demand increases, active transport channels shuttle this stored iron to the blood, where it binds to its carrier protein, transferrin.

On the other hand, intravenous and intramuscular iron preparations bypass intestinal absorption and go straight to the blood.

Regardless of the route of administration, once iron is in the blood, it can then be stored inside macrophages as ferritin, or transported to various tissues like the bone marrow, where it’s used for hemoglobin synthesis, and ultimately for red blood cell production.

Now, the main side effects of oral iron preparations include metallic taste, temporary staining of teeth enamel as well as gastrointestinal symptoms such as nausea, vomiting, abdominal pain, flatulence, constipation, and dark stools.

In addition, oral iron preparations may impair the absorption of other medications, such as with antacids, tetracyclines, and quinolones.

Now, iron preparations are contraindicated in clients with conditions that can lead to elevated iron levels, such as hemochromatosis, thalassemia, and hemolytic anemia.

In addition, oral iron preparations should be used with caution in clients with peptic ulcer disease, gastroenteritis, inflammatory bowel disease, and regional enteritis, as iron can cause more irritation to the intestines.

Finally, as a boxed warning, intravenous and intramuscular preparations should only be used in clients who can’t tolerate oral iron.

Okay, if a client who is diagnosed with iron deficiency anemia is prescribed an iron preparation, first perform a focused assessment for signs and symptoms like pallor, tachycardia, dyspnea, and fatigue.

Now, for oral iron preparations like ferrous sulfate, explain to your client how the supplemental iron can be used by their body to produce hemoglobin for red blood cells; these cells can then carry oxygen in the blood to tissues, thereby helping relieve your client’s symptoms.

Then, teach your client to take their oral iron preparation between meals, along with orange juice or a vitamin C supplement, in order to increase iron absorption and to decrease the metallic taste.

Advise your client to remain upright for at least 30 minutes after administration in order to avoid irritation to their esophagus.