A 4-week-old Japanese girl comes to the clinic for a follow-up visit. She developed jaundice two days ago and had a negative hemolysis work-up at that time. She is breastfed exclusively every 3 hours, with 15-20 minutes on each breast. She has 10+ wet diapers per day and a bowel movement after every meal. Family history is significant for a UGT1A1 mutation present in her mother and two maternal aunts. She continues to grow well, along the 50th percentile for height, weight, and head circumference. Physical examination shows continued jaundice of the face with no other abnormalities. She is alert, awake, and cooing. Laboratory studies show:
Serum bilirubin: 11 mg/dLIndirect serum bilirubin: 10.2 mg/dL Direct serum bilirubin: 0.8 mg/dL
Which of the following is the most appropriate next step in management? 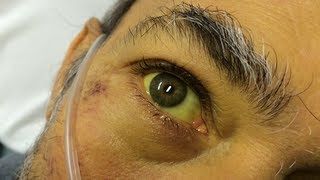 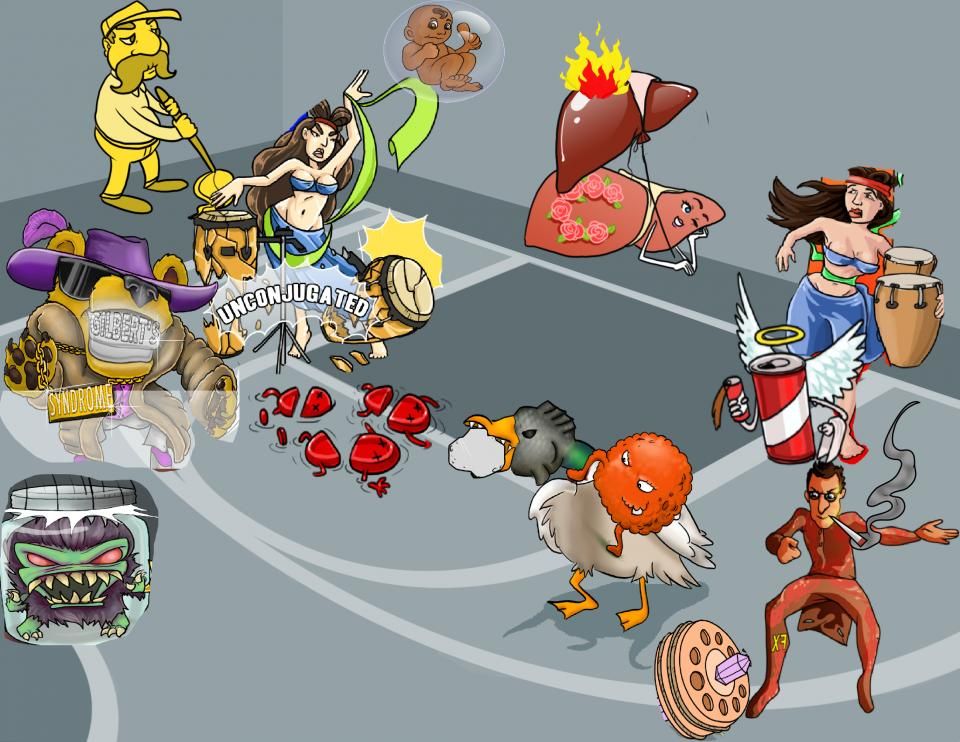 Jaundice, which doesn’t have the most intuitive name, comes from the french jaunice, meaning yellowing.

It’s also sometimes referred to as icterus though, the origin of which is even less intuitive, coming from the thought that jaundice could once be cured by looking at a yellow bird, the more you know!

Anyways, as you’ve probably gathered, jaundice involves someone taking on yellow pigments, specifically in the skin and eyes.

The yellowing pigment is caused by a compound called bilirubin, a component of bile and the main cause of bruises being yellow, and after its metabolism, the yellow-ness of urine and brown-ness of feces.

So since bilirubin’s our main culprit of yellow-ness, it’s super important to know where it comes from.

As red blood cells near the end of their lifespan—which is about 120 days—they’re eaten up or phagocytosed by macrophages in the reticuloendothelial system, aka the macrophage system, where the spleen plays the largest part, but it’s also made of parts of the lymph nodes.

K so first the macrophage eats up the blood cell, and hemoglobin is broken up into heme and globin, the globin is further broken into amino acids.

The heme on the other hand is split into iron and protoporphyrin, protoporphyrin is then converted into unconjugated bilirubin, or UCB.

Albumin in the blood then binds to UCB and gives it a lift over to the liver where it’s taken up by hepatocytes, where it’s conjugated by an enzyme called uridine glucuronyl transferase (UGT), making it now water soluble.

At this point the conjugated bilirubin is secreted out the bile canaliculi where it drains into the bile ducts and sent to the gallbladder for storage as bile.

Now when you eat a donut or something, your gallbladder secretes the bile and CB, it moves through the common bile duct to the duodenum of the small intestine and is converted to urobilinogen, or UBG, by intestinal microbes in the gut.

Now some of that urobilinogen is reduced to stercobilin which is excreted and responsible for the brown color of feces.

Some of that UBG is actually recycled, though, and it gets reabsorbed into the blood and spontaneously oxidizes into urobilin, most of which is sent to the liver to the liver and some of which goes to the kidneys. It’s then excreted and is responsible for the yellow-ness of urine! And there you have it, bilirubin metabolism in a nutshell.

Now if some point in this process is disrupted, for example if your liver cells are damaged and can’t conjugate bilirubin anymore, or if they die and release their bilirubin, you can end up with increased bilirubin in the blood, which can be conjugated or unconjugated, or both! This is what accounts for the yellow color in the skin and eyes.

Usually it takes about 2.5 mg/dL or greater of serum bilirubin to give the skin that Simpsons-esque yellow skin tone.

The earliest sign of jaundice and increased bilirubin in the blood is by looking at the sclera of the eyes.

Scleral tissue is high in elastin, which has a particular fondness for bilirubin and binds it with a high affinity, giving the scleral tissue a yellow color often before the skin.

Now as you might imagine after looking at this process, there’re quite a few potential pitfalls along the way that can lead to jaundice, and they’re lumped together depending on whether they have more UCB in the blood, more CB in the blood, or more of both in the blood.

Two types of disorders that have increased UCB and similar presentation of jaundice are extravascular hemolytic anemias, where red blood cells are broken down earlier than they normally would, and ineffective hematopoiesis, where your blood cells don’t form quite right in your bone marrow, causing macrophages to break them down.

In both cases, the red blood cells are broken down, causing high levels of UCB.