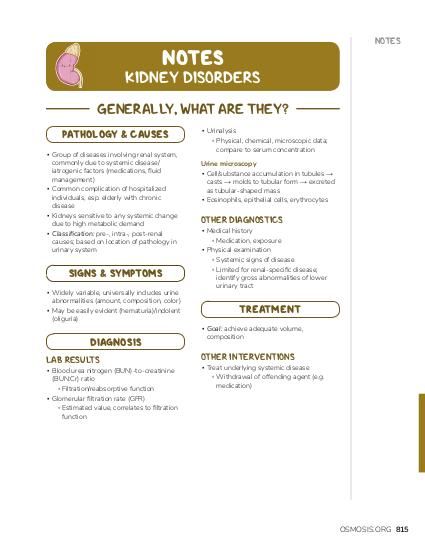 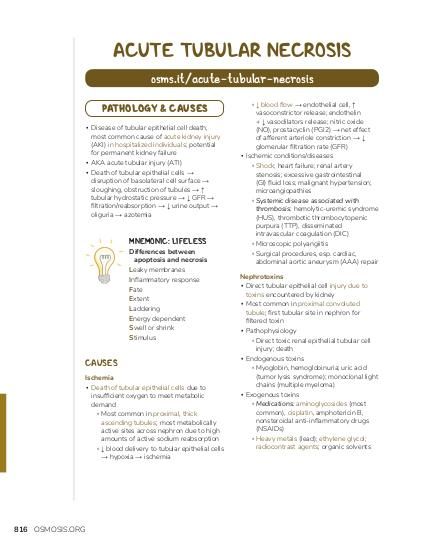 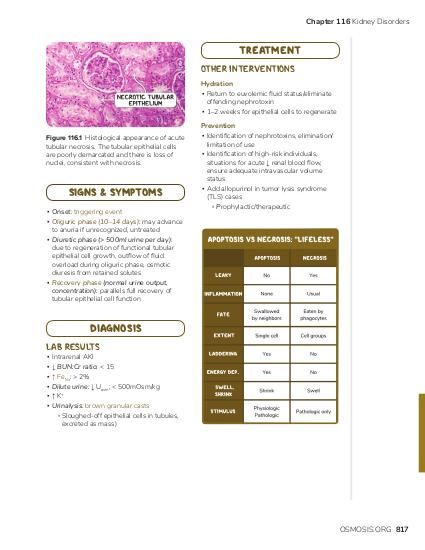 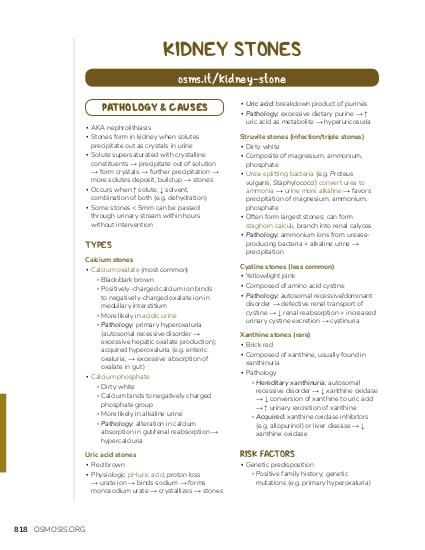 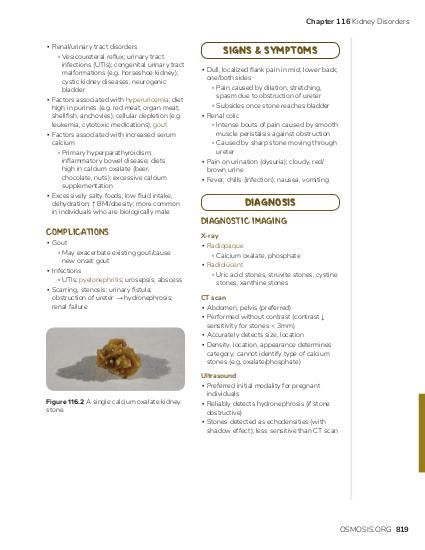 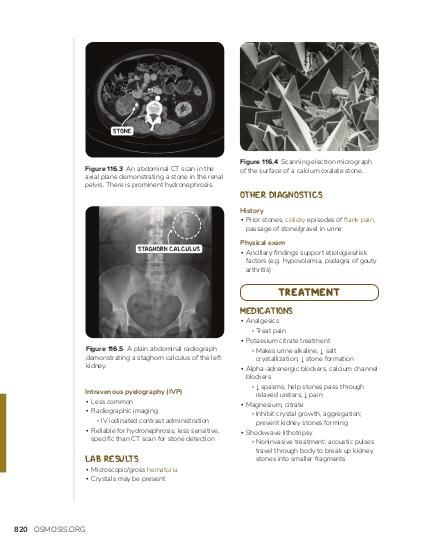 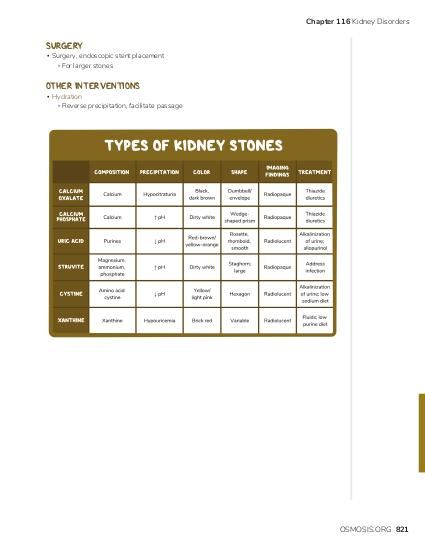 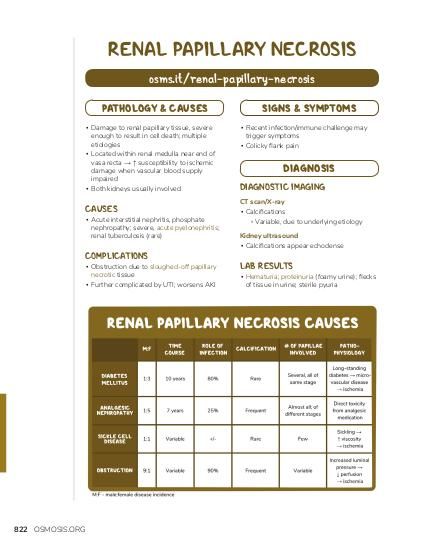 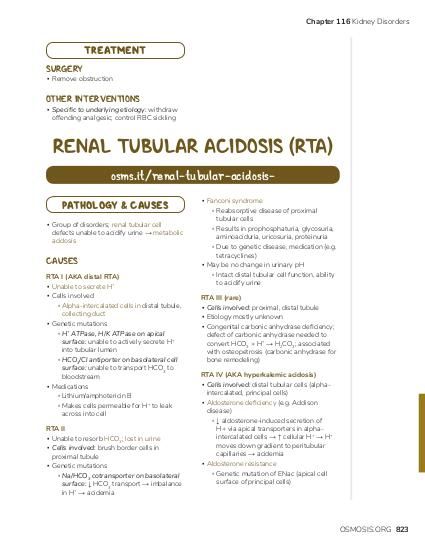 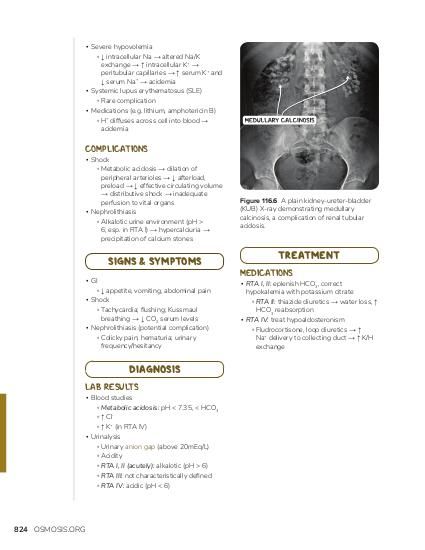 is an inflammatory bowel disease associated with kidney stones.

A 75-year-old man comes to the emergency department because of flank pain. The pain began 8 hours ago and has persisted since. He denies nausea, vomiting, fever, or dysuria. His past medical history includes two previous kidney stones. Abdominal computed tomography scan confirms a 3 mm renal calculi at the ureterovesical junction. Which of the following is the most appropriate next step in management? 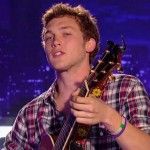 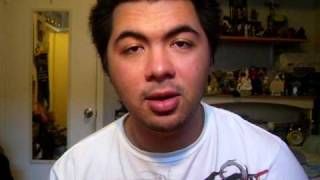 I GOT KIDNEY STONES! OUCH! 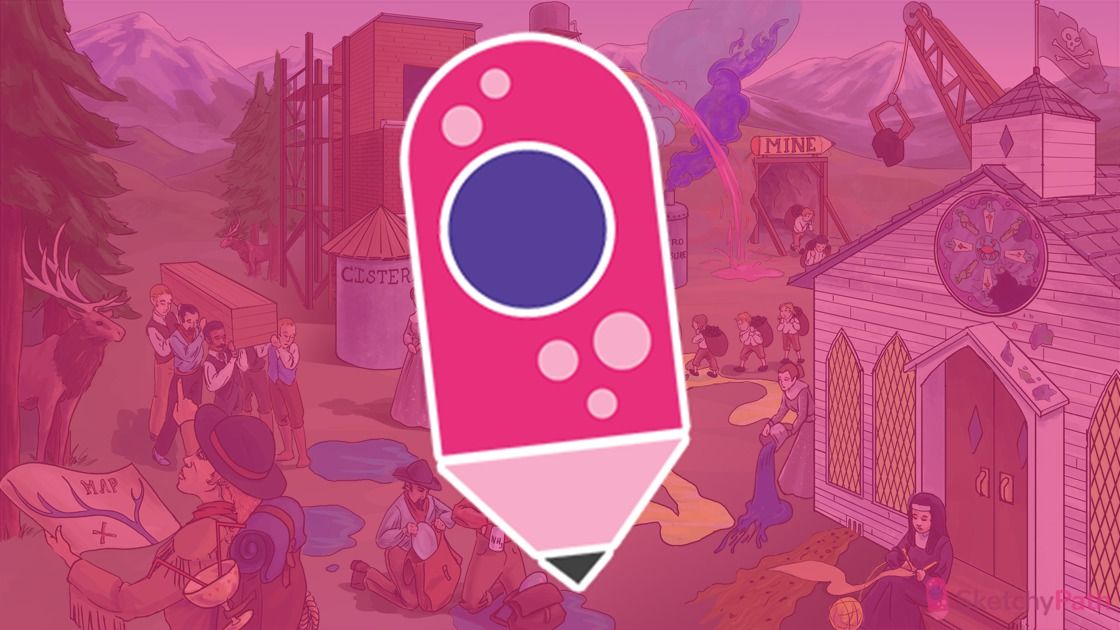 With nephrolithiasis, “nephro-” refers to the kidneys, and “-lithiasis” means stone, so nephrolithiasis means kidney stones, sometimes also referred to as renal calculi or urolithiasis.

Kidney stones form when solutes in the urine precipitate out and crystalize, and although these most commonly form in the kidneys themselves, they can also form in the ureters, the bladder, or the urethra.

Now, urine’s a combination of water, which acts as a solvent, and all sorts of particles, or solutes.

In addition, there are substances like magnesium and citrate that inhibit crystal growth and aggregation, preventing kidney stones from forming in the first place.

In the majority of cases, the inorganic precipitate is calcium oxalate, formed by a positively charged calcium ion binding to a negatively charged oxalate ion, which results in a black or dark brown colored stone that is radio-opaque on an Xray, meaning that it shows up as a white spot.

Sometimes, instead of oxalate, the calcium binds a negatively charged phosphate group to form calcium phosphate stones which are dirty white in color and also radiopaque on an X-ray.

The exact reason why these stones form is usually unknown, but there are some known risk factors like hypercalcemia and hypercalciuria, having too much calcium in the blood and urine, respectively.

Hypercalcemia can result from increased calcium absorption in the gastrointestinal tract as well as hormonal causes like primary hyperparathyroidism.

Hypercalciuria can result from impaired renal tubular reabsorption of calcium, which leaves a lot of calcium behind in the tubule.

For the calcium oxalate stones, hyperoxaluria is a risk factor as well, and it can be due to a genetic defect that increases oxalate excretion, a defect in liver metabolism, or a diet heavy in oxalate-rich foods like rhubarb, spinach, chocolate, nuts, and beer.

There are also uric acid stones which are red-brown in color and radiolucent under an Xray, meaning that they’re transparent to x-rays and don’t show up very well.

At a physiologic pH, uric acid loses a proton and becomes a urate ion, which then binds sodium, forming monosodium urate which crystallizes and ultimately forms uric acid stones.