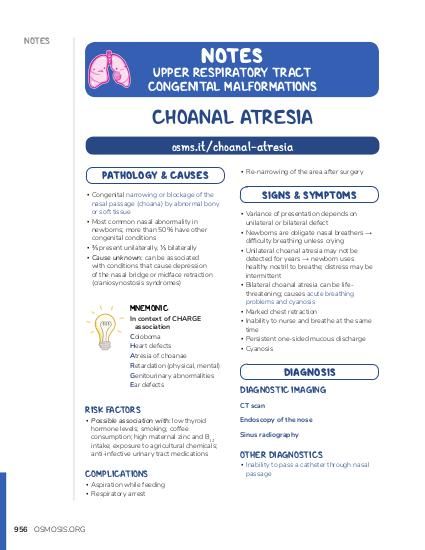 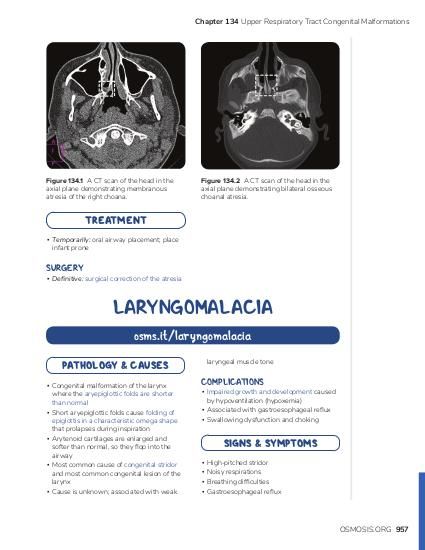 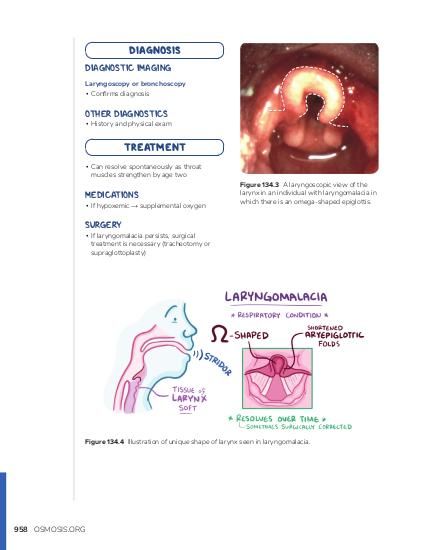 A 6-week-old infant comes the office for a routine checkup. His mother says that he has been breathing loudly over the last week. This is particularly heard on inspiration and is most noticeable when he is lying on his back, crying, or during feeding, though the infant does not have difficulty swallowing. She denies nasal congestion, cough or fever, and says he has been active as usual. She denies abnormal changes in his skin color. His temperature is 37.2°C (98.96°F), pulse is 130/min, and respirations are 50/min. Physical examination shows a low-pitched inspiratory stridor appreciated as he lies on the exam table, but he does not have increased work of breathing. The lungs are clear to auscultation. Which of the following is the most likely diagnosis? 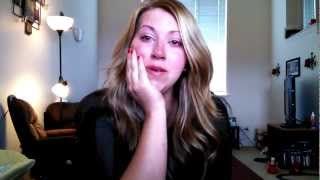 “Laryngo” refers to the larynx and “malacia” refers to a body tissue that is soft, so laryngomalacia is a developmental condition where the larynx doesn’t form correctly and ends up being soft and floppy.

Normally, the epiglottis, a flap of cartilage located just above the vocal cords, makes a firm arc over the airway.

In children born with laryngomalacia, the aryepiglottic folds are shorter than normal, so they pull the normally arc-shaped epiglottis down into a distinctive omega shape.

Weak laryngeal muscle tone is thought to cause the condition, but the exact mechanism isn’t well understood.

The cartilaginous tissues are also softer than normal, so they flop into the airway.

That means that when the child breathes, that floppy structure gets sucked into the airway, causing stridor which is a high-pitched, whistling sound during breathing.

In some cases the obstruction of the airway can be so bad that it can make breathing difficult.