Intracellular Lewy bodies, in Lewy body dementia, are found primarily in the .

A 66-year-old man is brought to his primary care provider's office by his daughter because of memory issues for the past year. His daughter reports that he has been having difficulties remembering his grandsons' birthdays. In addition, he has been getting lost driving to the local supermarket. There would be times in which the patient would stare blankly for several minutes and not recall the episode. She also reports an episode in which the patient had a conversation with his wife who passed away 10 years ago. When questioned, the patient angrily denies having any memory problems. Physical examination shows a pleasant elderly gentleman in no acute distress. He has a mild resting tremor of the right hand. Which of the following is most likely to be seen on brain histology slides of this patient's disease? 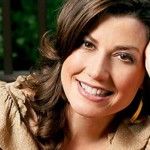 Amy’s Grant’s Advice on Caring for Parents with Dementia 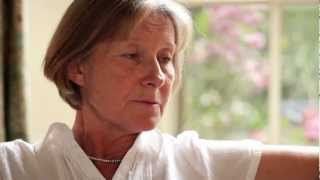 Lewy body dementia is a type of dementia, where individuals lose their memory and have difficulty learning new information.

Lewy bodies refers to protein deposits found inside neurons, and they’re named after Frederic Lewy, the neurologist who discovered them.

Lewy body dementia is a neurodegenerative disease, meaning that it worsens over time, and it’s the disease that afflicted comedian and actor Robin Williams.

The brain is made up of billions of neurons that communicate with each other by releasing neurotransmitters.

Most neurons in the cerebral cortex are called cholinergic neurons because they produce acetylcholine.

In contrast, neurons in a section of the midbrain called the substantia nigra are in charge of initiating movement and other motor functions.

These neurons are called dopaminergic because they produce dopamine.

The underlying cause of Lewy body dementia isn’t well understood.

Normally, neurons contain a protein called alpha synuclein, and in Lewy body dementia, this protein gets misfolded within the neurons.

The misfolded alpha-synuclein aggregates to form Lewy bodies that deposit inside neurons, particularly in the cortex and the substantia nigra.

Under a microscope, Lewy bodies look like dark, eosinophilic inclusions inside the affected neurons.