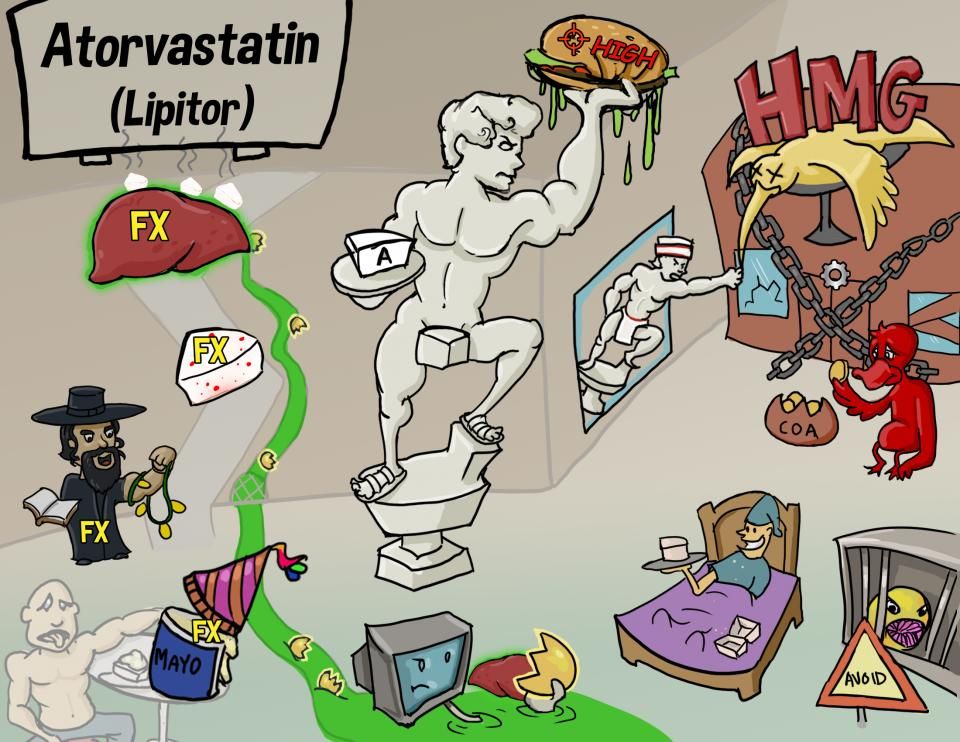 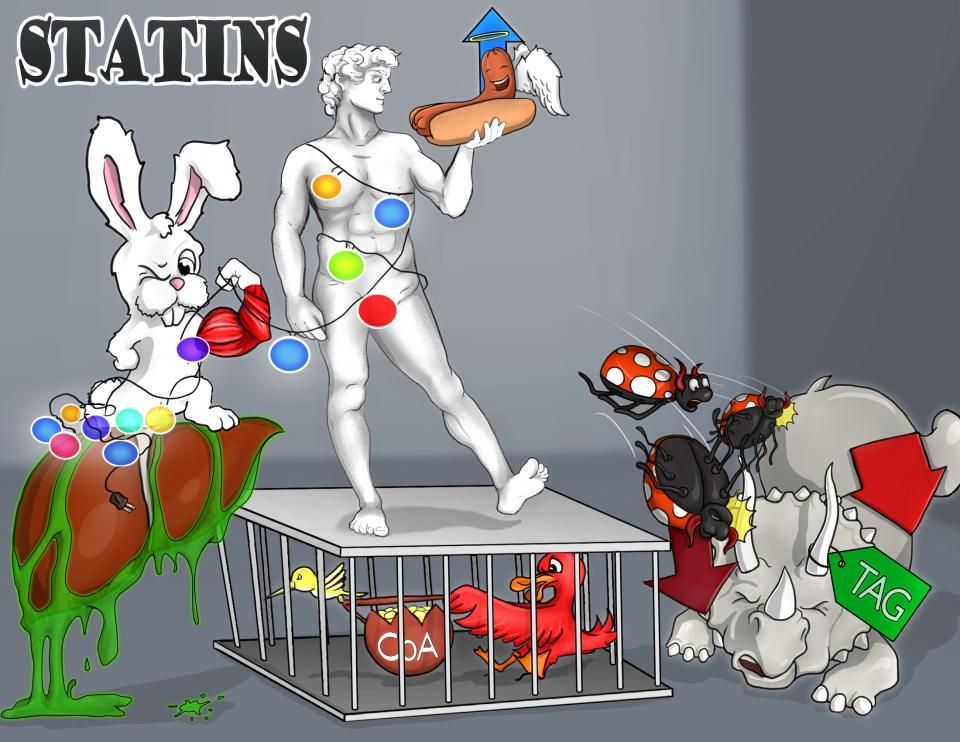 Statins lower overall lipid levels in the body, and work by inhibiting the enzyme HMG-CoA reductase, which is the rate-limiting step of cholesterol metabolism.

They are an incredibly important class of medications because they’ve been shown to decrease complications associated with cardiovascular disease like strokes, heart attacks, and peripheral vascular disease.

It also has other uses like the synthesis of steroid hormones, vitamin D, and bile. Normally, we get our cholesterol from the food we eat, but it can also be synthesized by the liver.

So when we eat a box of chili fries, the fats and cholesterol are absorbed in the small intestine. However, they’re not water soluble, so they can’t travel freely in the blood.

The result is a 4-carbon molecule called acetoacetyl-CoA.

Then, an enzyme called HMG-CoA reductase reduces HMG-CoA into mevalonate.

Now, after unloading their triglycerides, the VLDL and the remaining cholesterol become a new kind of lipoprotein, called a low-density lipoprotein, or LDL, which are even smaller and more dense than VLDL.

Okay! So, statins are a group of medications that are used to prevent these complications.