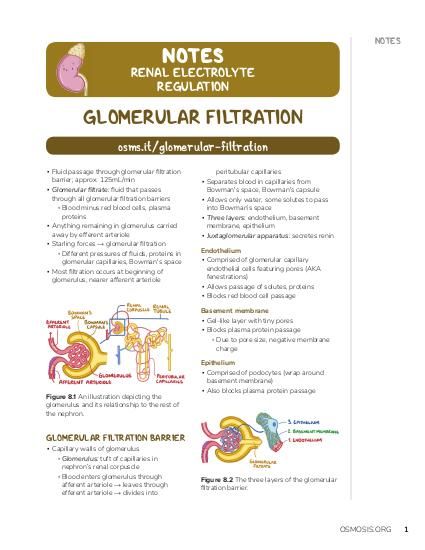 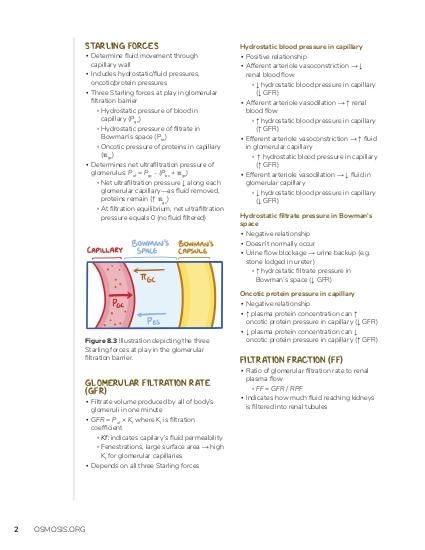 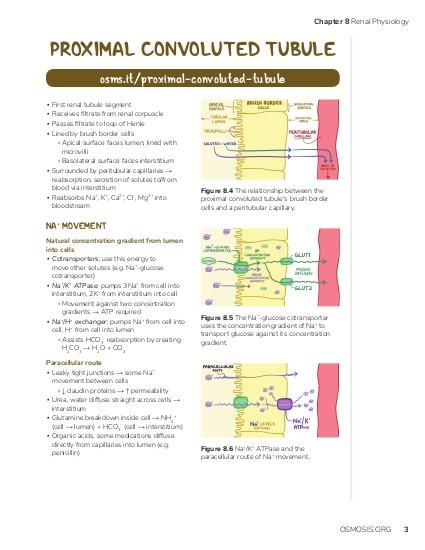 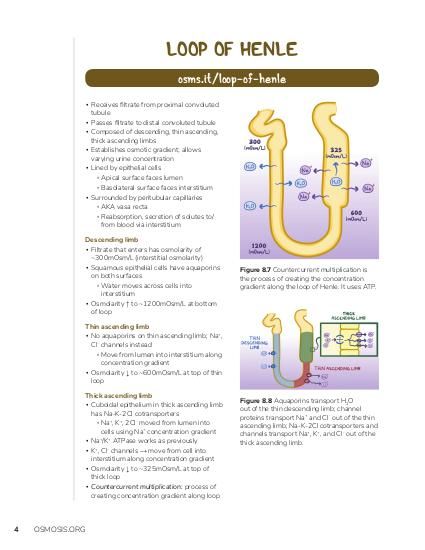 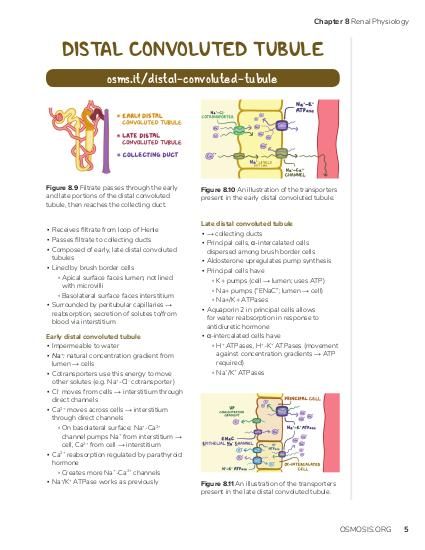 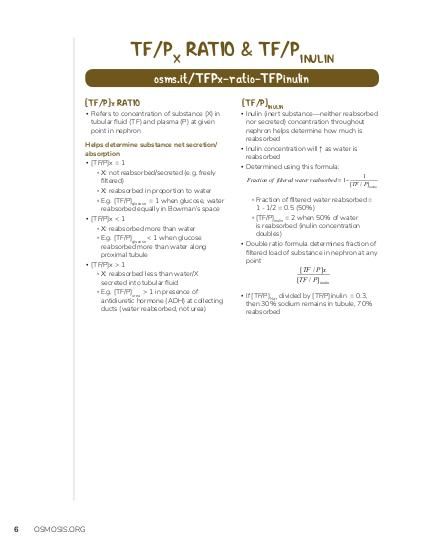 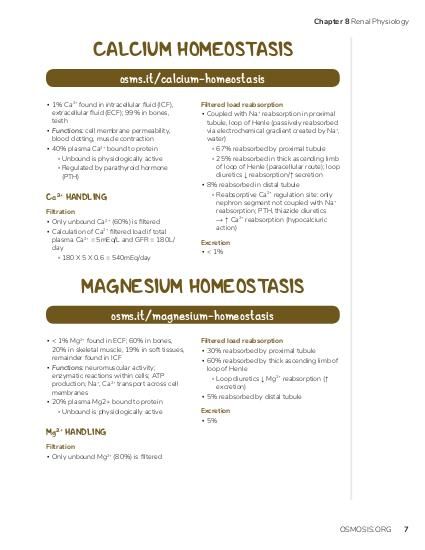 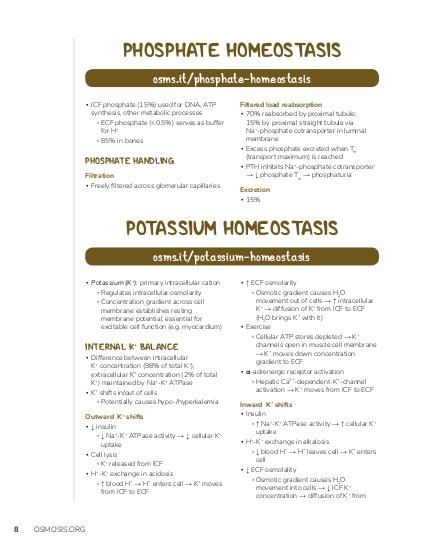 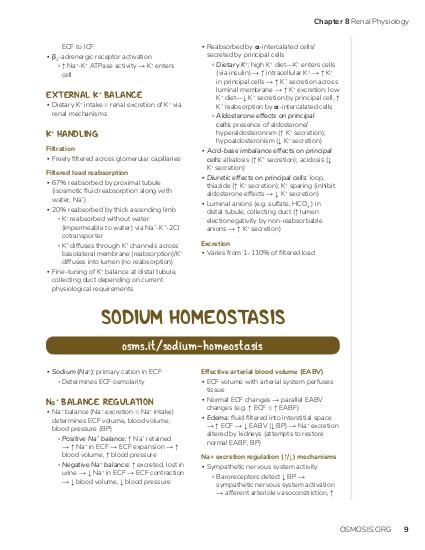 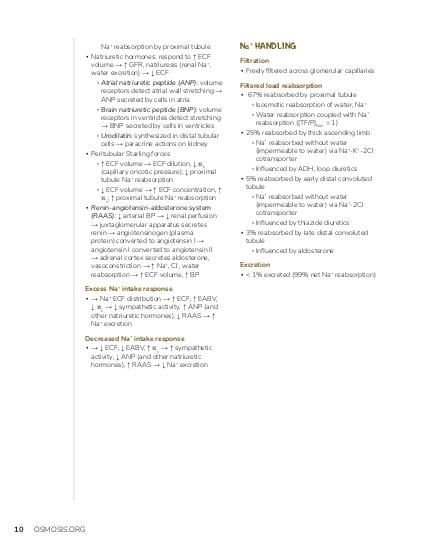 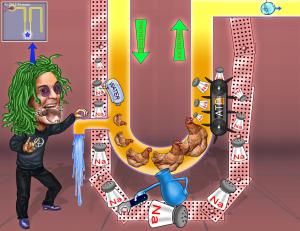 These capillaries have very thin walls and they act like a coffee filter. Red blood cells and proteins are large and stay in the capillaries whereas blood plasma and smaller particles get filtered out.

Zooming in on the U shaped loop of Henle, it’s lined by epithelial cells.

The peritubular capillaries run alongside the nephron, and the capillaries that run along the loop of henle are called vasa recta.

Solutes and water that are reabsorbed into the interstitium go into the vasa recta and re-enter circulation.

Now, when tubular fluid leaves the proximal tubule, it has an osmolarity of around 300 mOsm/L which is the same as the osmolarity of the interstitial fluid around the tubule.

When it travels down the descending limb, the osmolarity in the medullary interstitium increases rapidly, from 300 mOsm/L at the top to 1200 mOsm/L at the bottom, where the loop bends.

Most of that osmolarity in the interstitium is due to the large quantities of sodium as well as some urea.

Now the squamous epithelial cells that line the thin descending loop have a lot of aquaporin proteins on the apical and basolateral sides.

These aquaporin proteins are channels that only allow water to pass through.