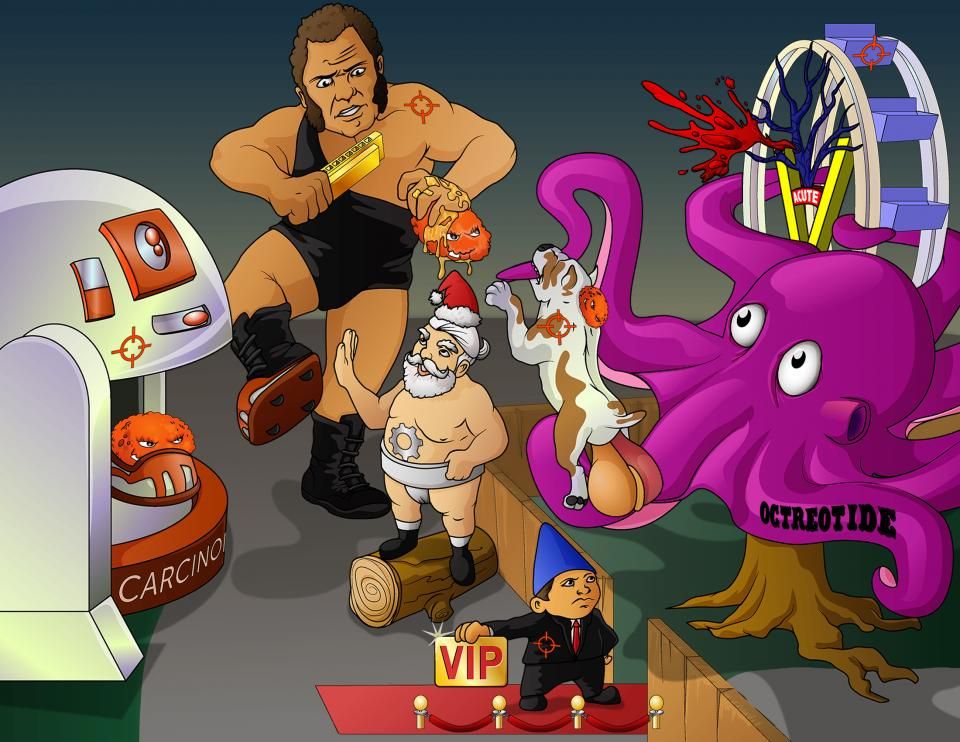 The pituitary gland is a small gland located at the base of the brain, and it produces, stores, and releases various hormones that control other endocrine glands. One of these is growth hormone, and disorders can arise when the pituitary produces too much or too little of it. Okay, so on one end of the spectrum, there’s growth hormone deficiency, which can occur in disorders like hypopituitary dwarfism, as well as Prader-Willi syndrome, Turner syndrome, and acquired immunodeficiency syndrome or AIDS-related wasting or cachexia.

Growth hormone deficiency is treated by replacing it using a recombinant human growth hormone, called somatropin. This medication can be injected subcutaneously or intramuscularly. Once administered, it stimulates the proliferation of cartilage cells at the epiphyseal or growth plate of long bones, which results in bone growth.

Now, the most common side effects of somatropin include skin reactions at the injection site, as well as headache, flu-like symptoms, fatigue, weakness, and aggressive behavior. Some clients may experience gastrointestinal symptoms, such as nausea, vomiting, and pancreatitis. In addition, it may cause hypercalciuria, glucose intolerance, and ketosis, as well as endocrine side effects, such as hypothyroidism, and hypoadrenalism. Lastly, some clients may develop antibodies against growth hormone.

All right, now contraindications of somatropin include those with closed growth plates and in clients with neoplasms, acute respiratory failure, and those affected by Prader-Willi syndrome with obesity or sleep apnea. Finally, somatropin should be used with caution during pregnancy and breastfeeding, as well as in newborns or elderly clients, and those with diabetes mellitus or hypothyroidism. On the opposite end of the spectrum, we have disorders characterized by an excess of growth hormone, including acromegaly, which affects adults, and gigantism, which affects children.

Once administered, both octreotide and bromocriptine suppress the release of growth hormone from the pituitary gland; while pegvisomant binds to the growth hormone receptors, preventing growth hormone from binding and exerting its effects. Now, the most common side effects of these medications include headache, dizziness, fatigue, and weakness. Some clients may have depression, anxiety, and even seizures.

In addition, clients may present with gastrointestinal side effects, such as abdominal pain, nausea, vomiting, diarrhea, or constipation; and octreotide may result in ileus and choleolithiasis; while bromocriptine may also cause dry mouth and gastrointestinal bleeding.

Also, some clients may experience cardiovascular symptoms, such as bradycardia, arrhythmia, and octreotide may cause hypertension, heart failure, and QT prolongation; while bromocriptine may cause hypotension and myocardial infarction.

Next, endocrine symptoms may arise, such as hypoglycemia, while octreotide may also cause hyperglycemia, ketosis, hypothyroidism, and galactorrhea. Lastly, clients on octreotide or pegvisomant may develop injection site reactions; while bromocriptine may cause blurred vision and nasal congestion.