A 28-year-old woman comes to the office because of blood in her urine. She has a history of urinary tract infections. She says she feels abdominal pain, and on occasion, nausea with the pain. An intravenous pyelogram is done, and shows hyperdense papillae and small clusters limited to the calyces, as shown similarly to the diagram below.


The clusters are confirmed to be calcium stones. Which of the following is the most likely cause? 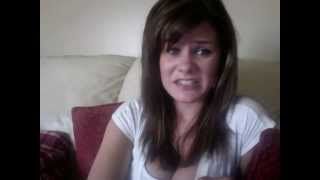 Medullary sponge kidney, also known as cacchi-ricci disease is a congenital disease where the medullary part of the kidney, which is deeper inside the kidney, gets loaded with fluid-filled cysts which gives the kidney the appearance of a sponge.

Now, the kidney can be divided into the cortex which is the outer layer and the medulla which is the layer below that.

Kidneys contain millions of tiny nephrons which filter the blood - each of which is like a little tube receiving blood on one end in the cortex.

From there, the nephron dips into the medulla, and then goes back out into the cortex, and finally dips back into the medulla a second time to connect to the collecting ducts which gather up all of the urine. Not every nephron has this exact structure, but a lot of them do.

From there, the urine drains through the papilla which is an inverted cone shaped pyramid, that, like a shower head, pours urine into the calyces, which comes from the latin -calix which means large cup, kinda like a Roman chalice.

From there it enters the renal pelvis which funnels the urine into the ureter, then to the bladder, and then finally leaves the body out the urethra.

At about the 7th week, nephrogenesis, or formation of the kidneys, starts under the influence of that ureteric bud.

By about 20 weeks, the ureteric bud has formed the ureters, the renal calyces, collecting ducts, and collecting tubules, while the metanephric blastema develops into the nephron itself, which includes the epithelial cells and the podocytes of Bowman’s capsule.

In the third trimester and throughout infancy, the kidneys continue to grow and mature.

Although not completely known, it’s thought that medullary sponge kidney is a result of some sort of abnormal induction of the metanephric blastema by the ureteric bud.

Whatever the case, in medullary sponge kidney, the hallmark feature are dilated collecting ducts, meaning enlarged, as well as small cysts that form around the collecting ducts.

Even though medullary sponge kidney is present at birth, sometimes complications don’t emerge until adulthood, and even then, they might come and go.

The most common one is nephrolithiasis, or developing kidney stones, which are made of calcium phosphate or calcium oxalate. These form in the collecting ducts and surrounding tissue, and these result mostly from a failure of kidney cells to properly reabsorb or secrete solutes which ultimately results in stone formation.