A 5-year-old girl comes to the pediatrician’s office because of edema in her lower legs, ankles, and feet. The edema is less apparent in the morning and worsens throughout the day. The patient’s mother states that the patient had suffered from an upper respiratory infection the previous week. Her temperature is 36.8°C (98.3°F), pulse is 102/min, respirations are 26/min, and blood pressure is 84/60 mm Hg. Examination shows pale lower extremities that exhibit 2+ pitting edema. Urinalysis was positive for fatty casts and negative for hematuria. Urine protein was 4.9 g/24 h. Which of the following is the most appropriate next step in management? 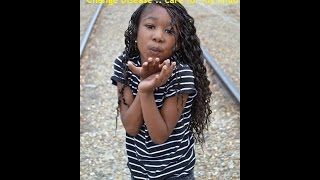 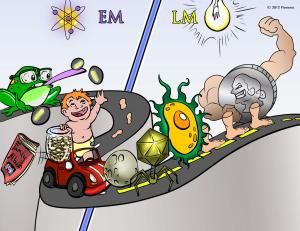 Minimal-change disease, sometimes called nil disease, affects the millions of the kidney’s glomeruli, which are the specific parts of the kidney where small molecules are first filtered out of blood and into the urine.

But what exactly is nephrotic syndrome? Well usually the glomerulus only lets small molecules—like sodium and water—move from the blood into the kidney nephron where it eventually make its way into the urine.

But with nephrotic syndromes, the glomeruli are damaged and they become more permeable, so they start letting plasma proteins come across from the blood to the nephron and then into the urine, which causes proteinuria—typically greater than 3.5 grams per day.

Finally, it’s thought that as a result of either losing albumin or losing some protein or proteins that inhibit the synthesis of lipids—or fat—you get increased levels of lipids in the blood, called hyperlipidemia.

Okay, so minimal change disease is a type of nephrotic syndrome—got it, but how exactly do those glomeruli start letting plasma proteins like albumin through?

Well, usually, in the glomerulus, you’ve got your endothelial cells lining the capillaries, then the basement membrane, and then the podocytes, which are the cells that have these long tentacle-like projections, called foot processes, and this is also why they’re called podocytes since podo refers to the foot.