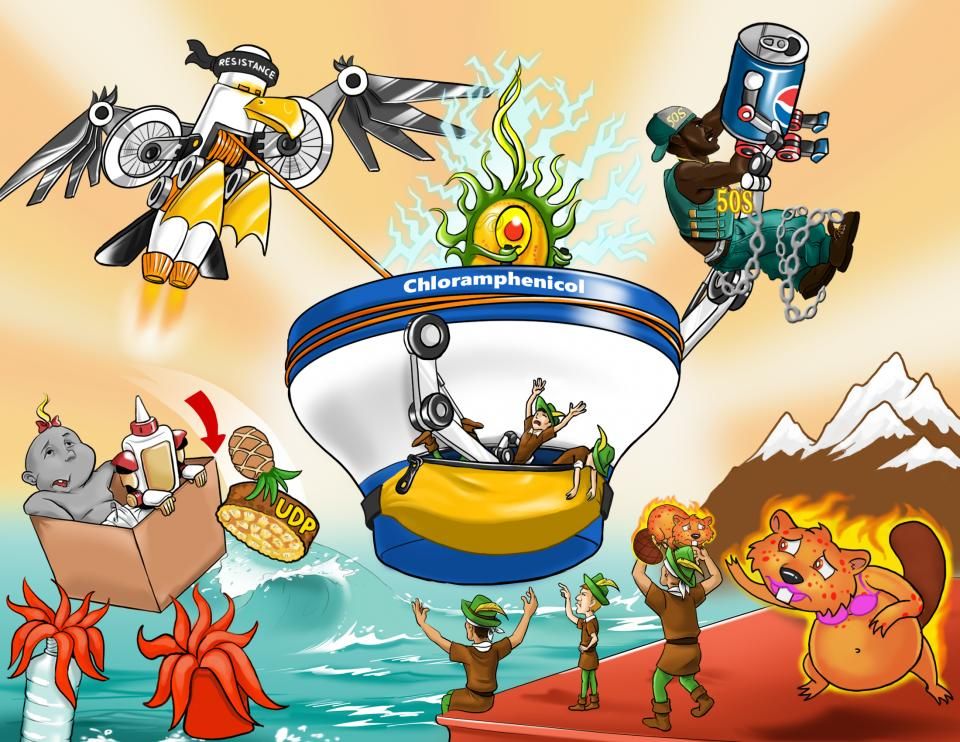 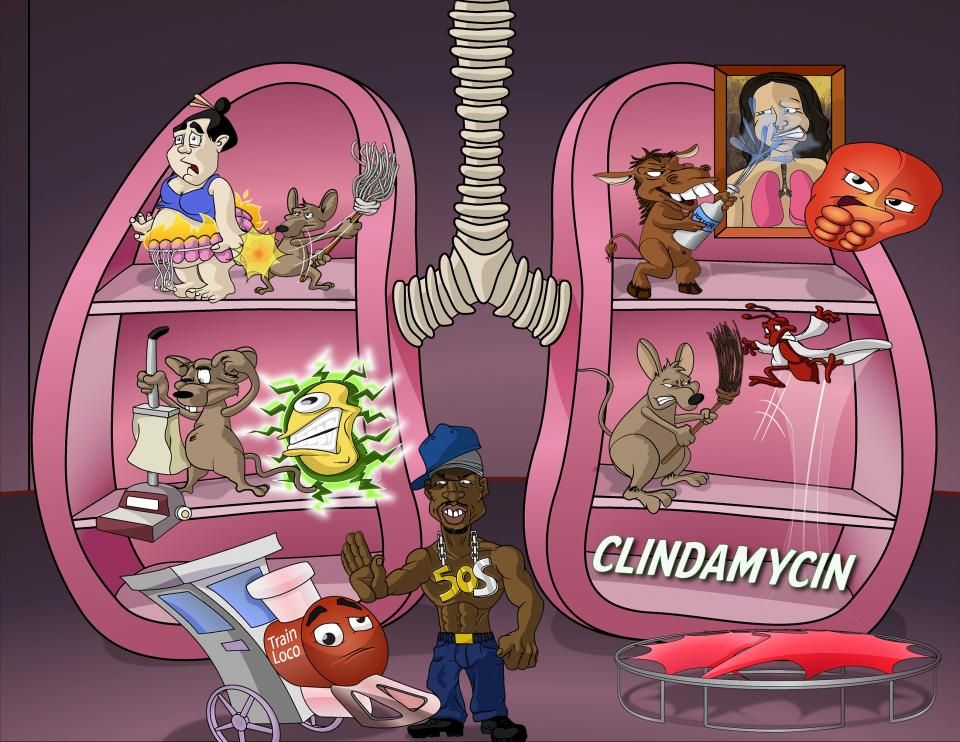 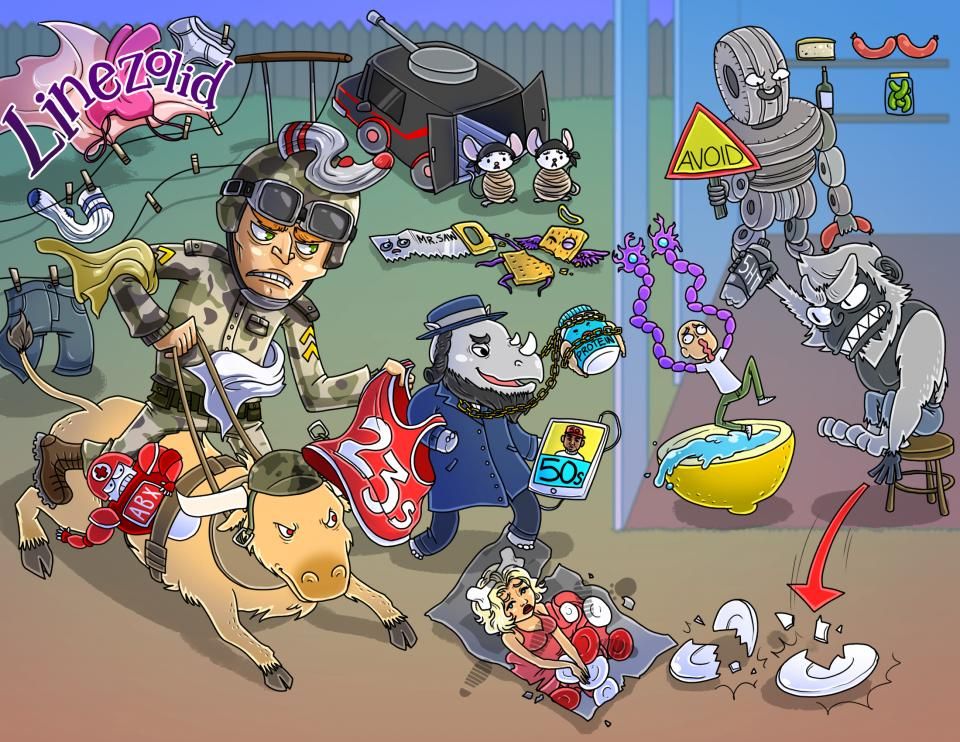 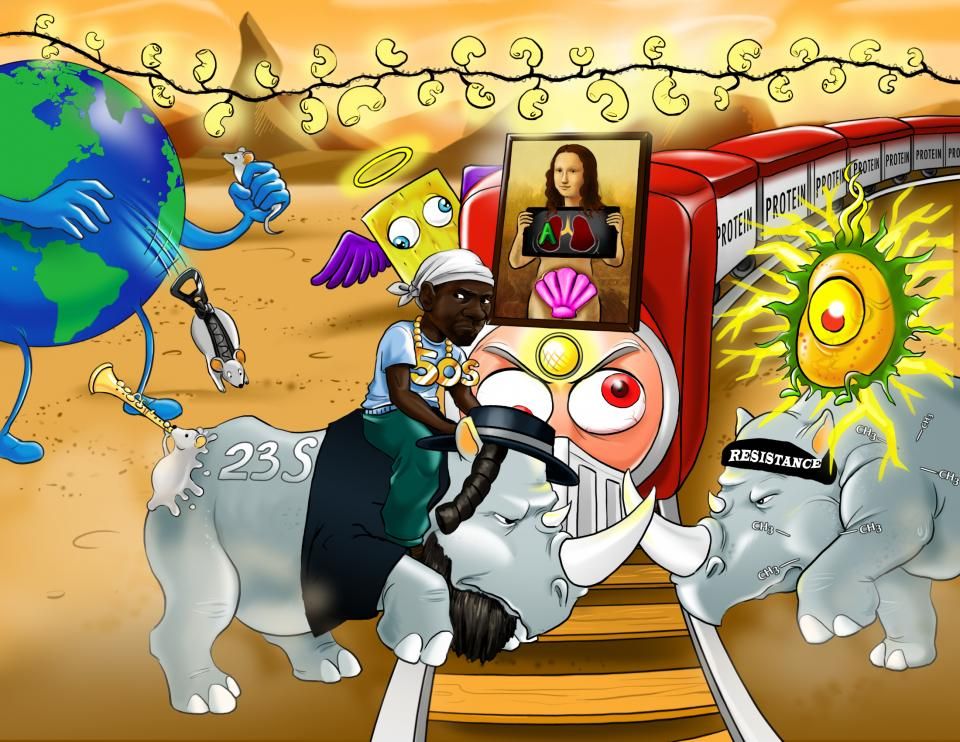 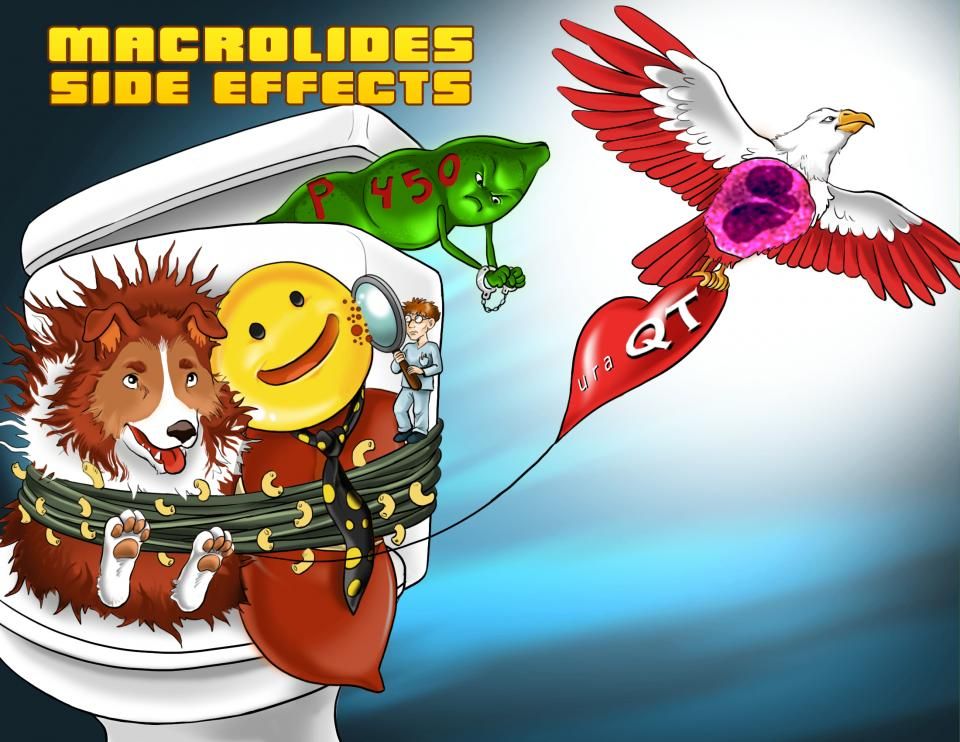 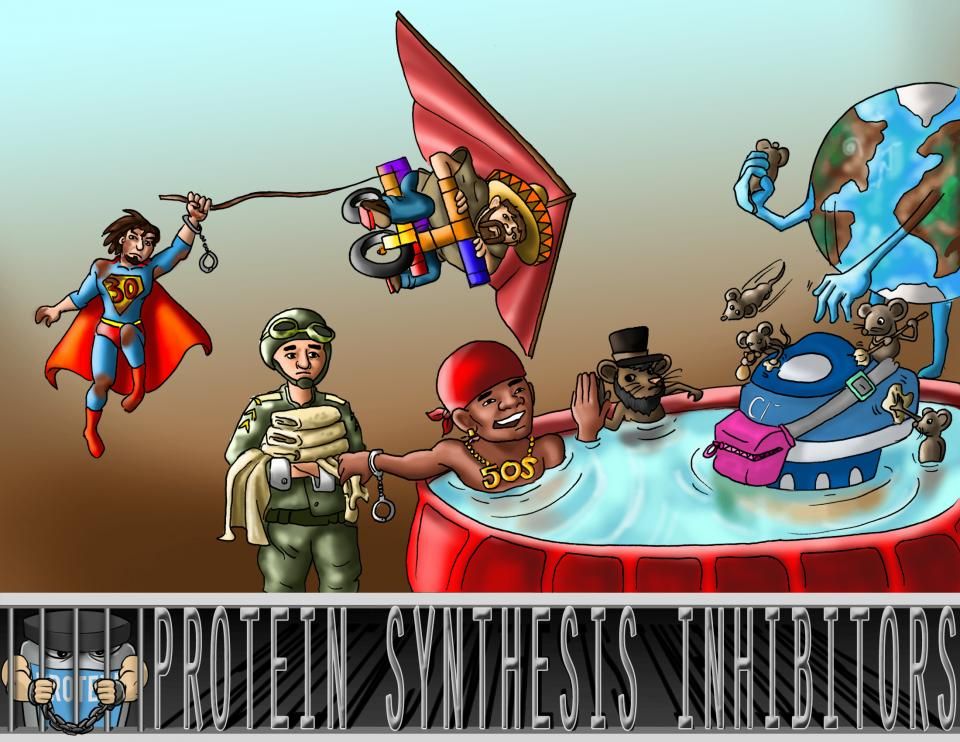 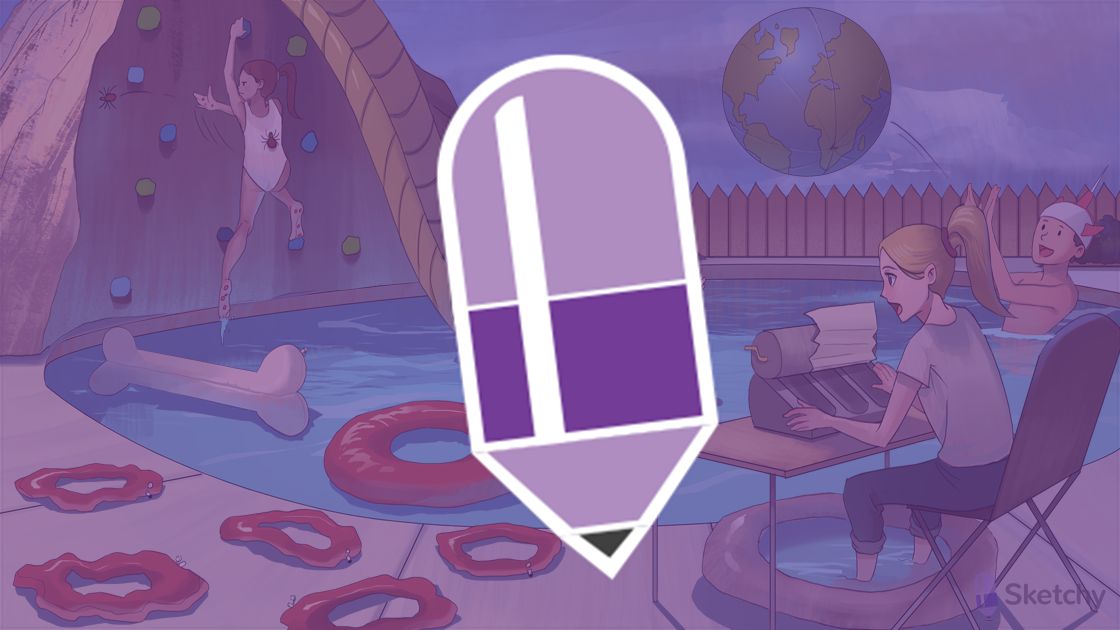 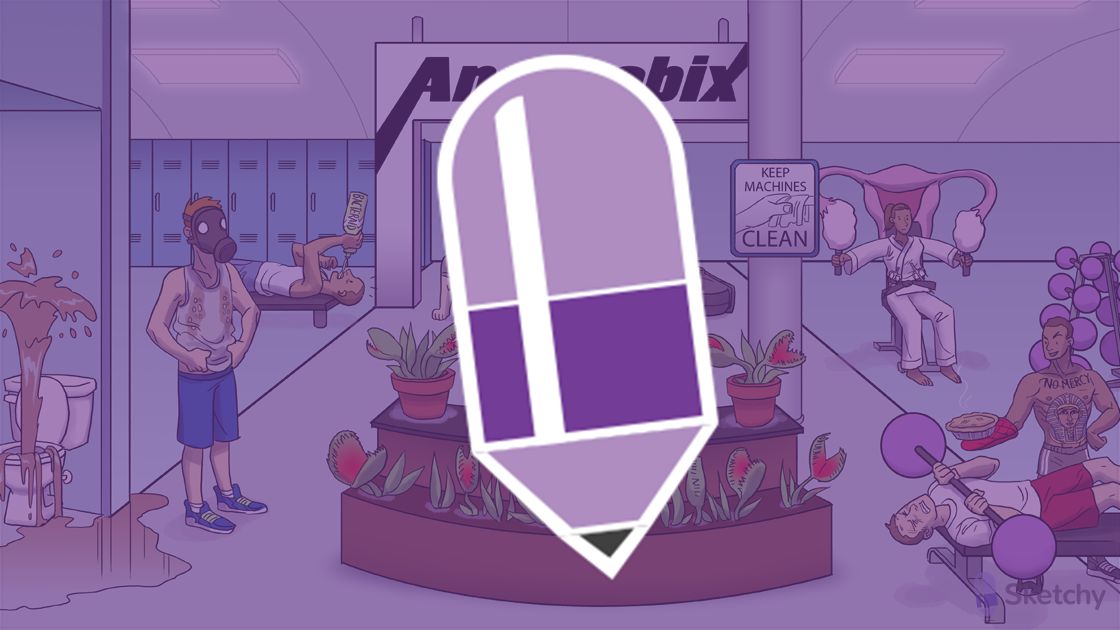 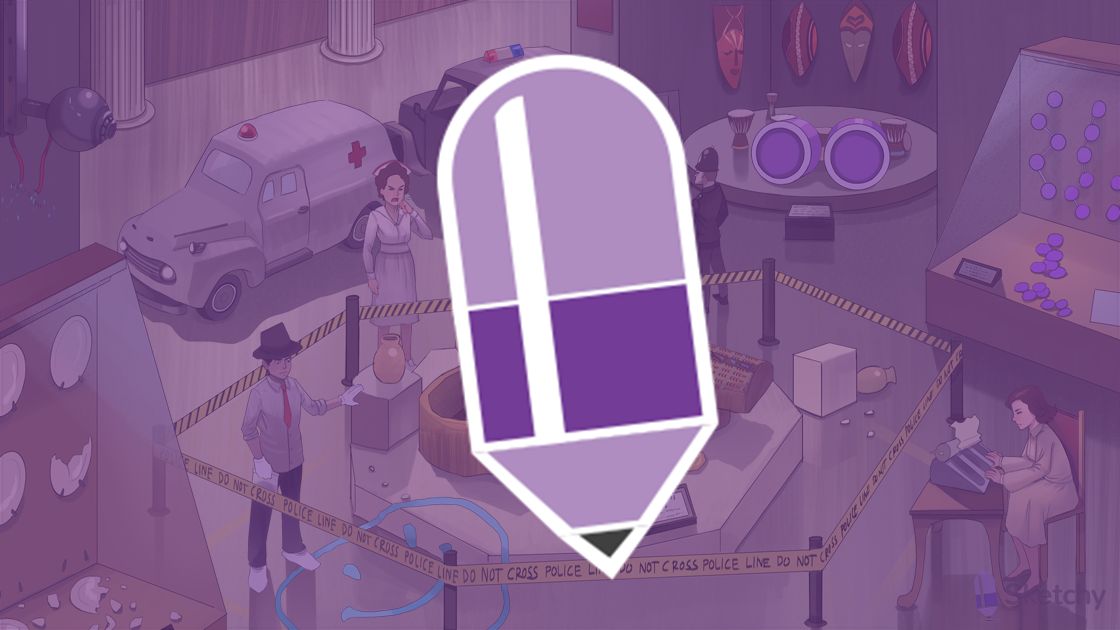 Protein synthesis inhibitors include many different classes of medications that prevent bacterial ribosomes from synthesizing proteins.

The ones that target the 50S subunit of the ribosome include chloramphenicol, macrolides, lincosamides, and oxazolidinones.

During transcription, a specific gene on the DNA is “read” and a copy is made called a messenger RNA, or mRNA, which is like a blueprint with instructions on what protein to build.

Eukaryotic ribosomes are made up of a 60S and a 40S subunit that form an 80S ribosome.

In bacteria, initiation occurs when the 50S and 30S subunits bind to the mRNA sequence to form a ribosome-mRNA complex, also called the initiation complex.

It’s made up of three nucleotide-long sequences, called codons, on top of which transport RNA, or tRNA, carrying amino acids can bind with their matching anticodon.

The complete ribosome has 3 sites where tRNA can enter and bind. These are called the A, or aminoacyl site, the P, or peptidyl site, and the E, or exit site.

Elongation starts when the first tRNA, carrying a formylmethionine amino acid, enters the P site and binds to the start codon. This causes a conformational change which unlocks the A site for the next tRNA.

The next tRNA binds at the A site, the amino acid detaches from the tRNA in the P site, and a peptide bond is formed by an enzyme called peptidyl transferase between the amino acids in the P and A sites, a process known as transpeptidation.

The ribosome slides over so the free A site is over the next codon on the mRNA and this process is called translocation.

Next, a new tRNA with the matching anticodon binds, and the process repeats until a long peptide chain called a protein is synthesized.

Okay, so let’s look at some protein synthesis inhibitors. Chloramphenicol is a bit of a loner, and is the single representative in its group.

It’s a broad spectrum bacteriostatic medication, meaning it limits the growth of bacteria, rather than eradicating them.

It’s well absorbed both perorally as well as parenterally, and it readily crosses the blood-brain barrier so it could be used to treat bacterial meningitis.

Chloramphenicol is effective against some strains of Haemophilus influenzae, Neisseria meningitidis, Bacteroides species, and Rickettsia species.

However, due to its severe toxicity, it’s no longer used systemically in most countries with access to safer alternatives.

Nowadays, it’s most commonly used in the form of eye ointments to treat bacterial conjunctivitis.

For the side effects, it’s very toxic to the bone marrow and could kill off the hematopoietic cells, leading to bone marrow suppression.

This will usually lead to aplastic anemia first, followed by a decrease in platelets and leukocytes.

It’s also notoriously teratogenic, as it readily crosses the placenta, so it should not be given to pregnant people or newborns.

This is because infants lack the hepatic enzyme glucuronosyl transferase which normally metabolizes chloramphenicol.

When this medication accumulates, it causes “gray baby syndrome”, where the infant is anemic and cyanotic, where the skin is a pale, or grayish color, and it can lead to cardiovascular collapse.

These enzymes break down many other drugs, like warfarin, so when they are inhibited, it increases the action of those medications.

Next, let’s look at the macrolide antibiotics which include erythromycin, azithromycin, and clarithromycin.

They work by binding to the 50S subunit of the ribosome, and block translocation, so the ribosome can’t slide to the next codon on the mRNA.

They can be administered perorally as well as parenterally.

Specifically, they are used as the first line therapy for Bartonella pertussis, which causes whooping cough.

Protein synthesis inhibitors are a class of antibiotics which prevent bacterial ribosomes from synthesizing proteins. They include drugs like chloramphenicol, macrolides, lincosamides, and oxazolidinones.

Most of these drugs act on the 50S subunit of the ribosome, but their mechanisms can be very different. For example, oxazolidinones like linezolid stop the initiation complex from forming. Both the macrolides and lincosamides prevent translocation. Chloramphenicol inhibits peptidyl transferase which is the enzyme that creates the peptide bonds.