A 48-year-old woman comes to the clinic complaining of episodic headaches and sweating for the past several months. Several times a week, the patient feels the sudden onset of a diffuse frontal headache associated with heart palpitations and whole-body sweating, lasting for at least twenty minutes. The patient does not drink caffeine or alcohol or use illicit drugs. Medical history includes hypertension, for which she takes nifedipine and carvedilol. The patient’s father was diagnosed with multiple endocrine neoplasia type 2A in adulthood. The patient’s temperature is 37.0°C (98.6°F), pulse is 80/min, respirations are 20/min, and blood pressure is 150/90 mmHg. Physical examination shows a well-appearing female in no apparent distress. Which of the following findings is most likely to be present in this patient? 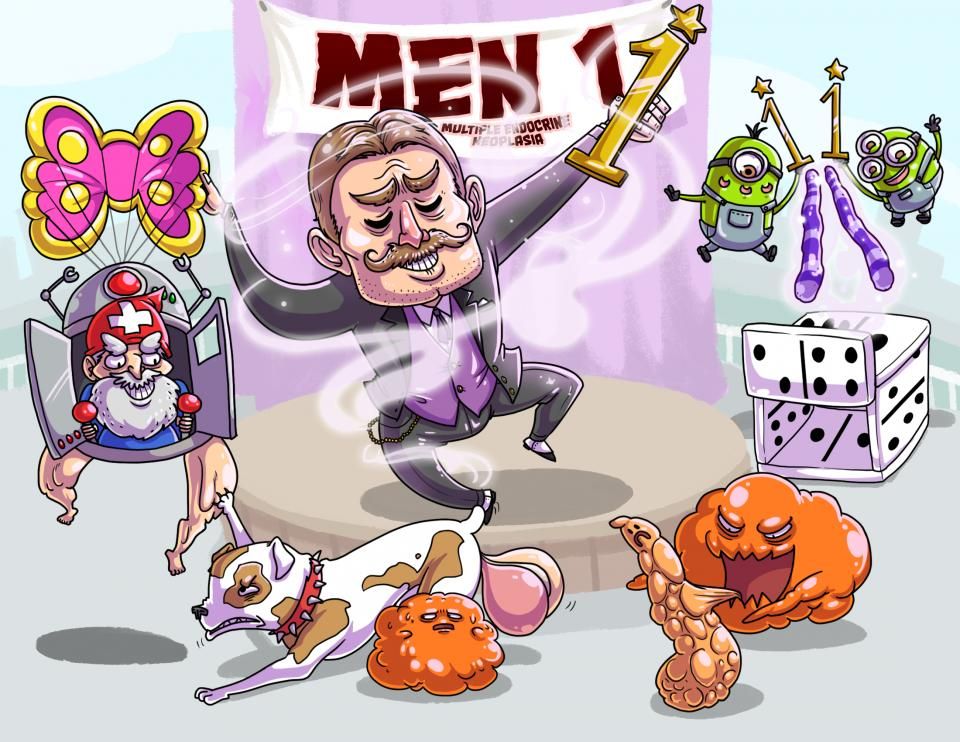 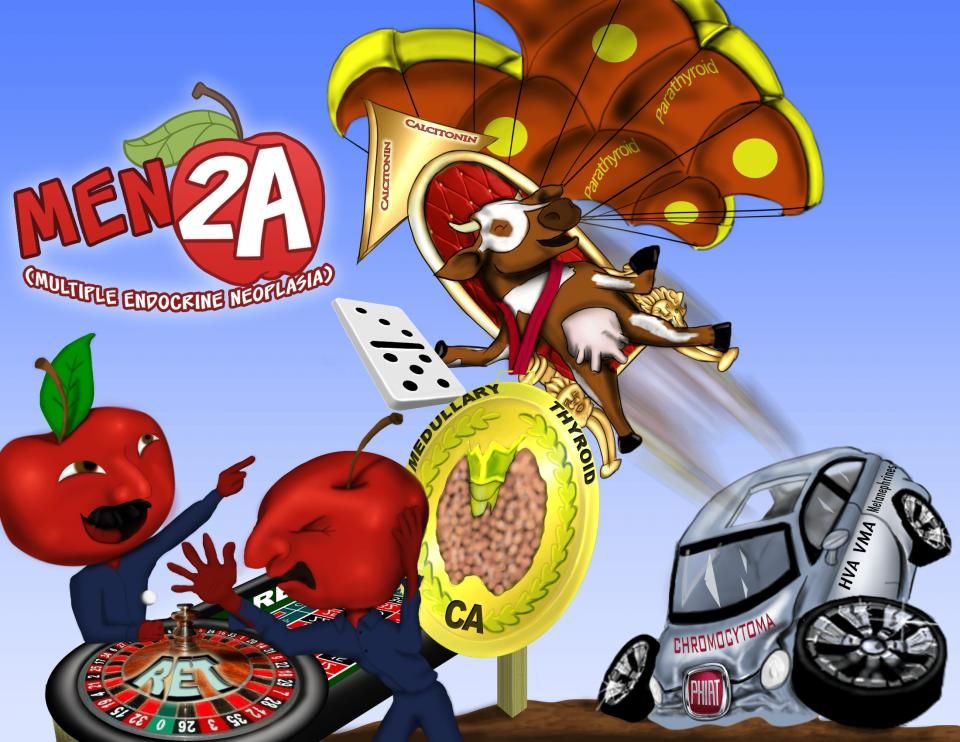 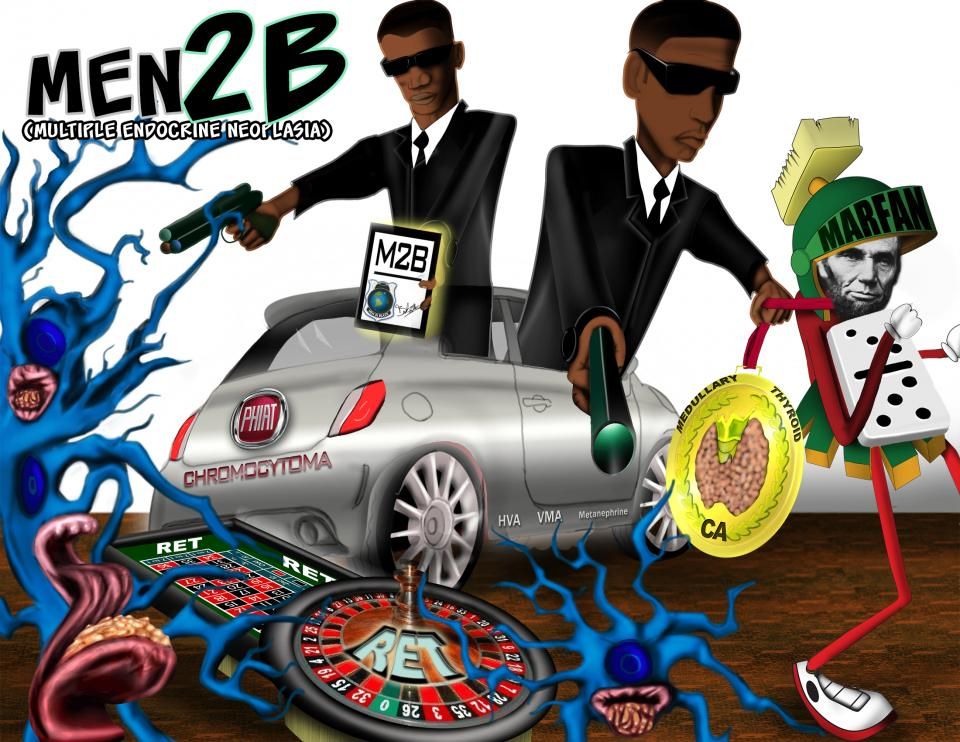 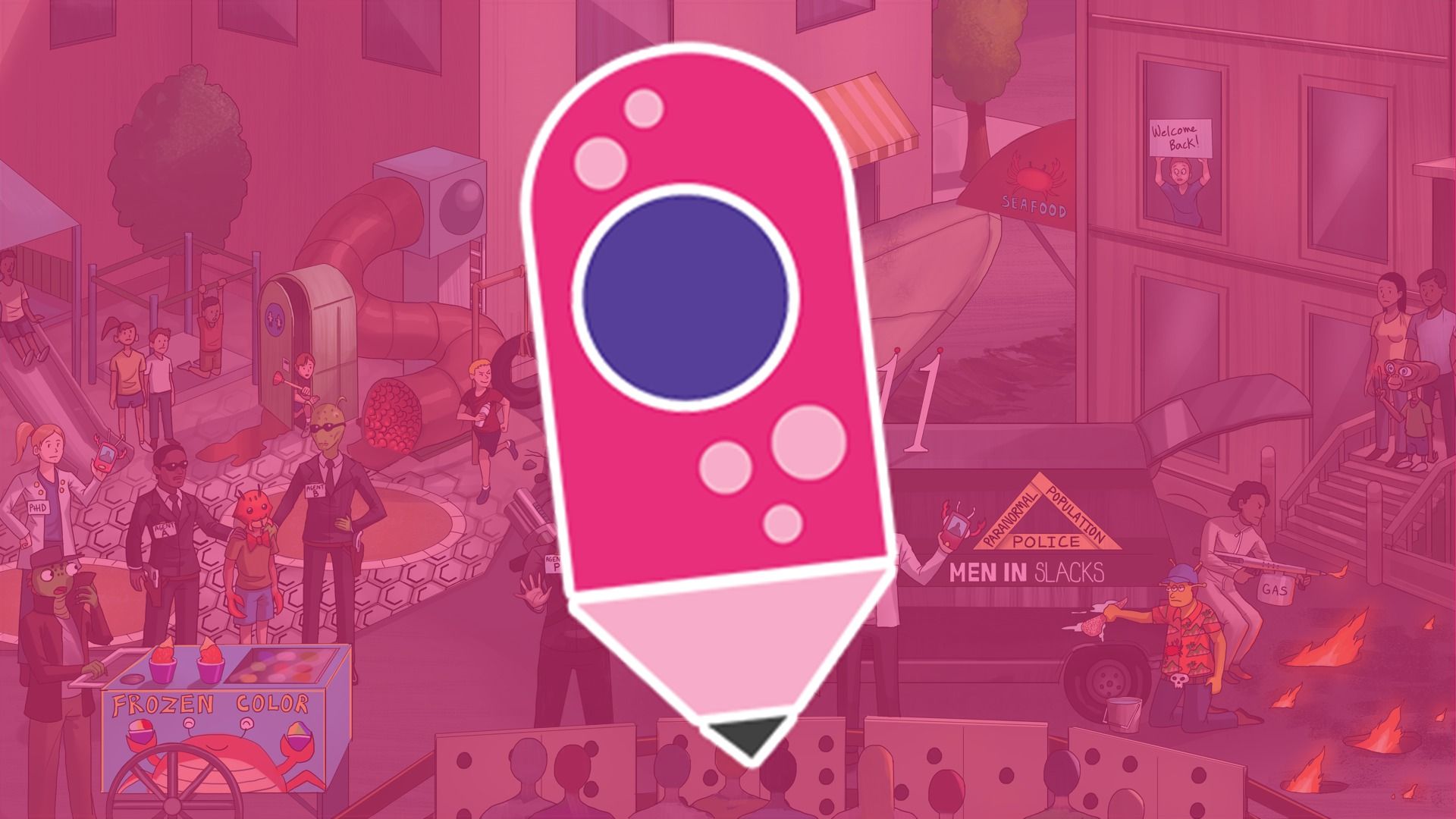 People with MEN1 present with tumors in the pituitary gland or parathyroid glands and pancreatic tumors. MEN2 is further divided into two subtypes: MEN2A and MEN2B. MEN2A is characterized by medullary thyroid cancer, pheochromocytoma, and parathyroid tumors; whereas MEN2B presents with medullary thyroid cancer, pheochromocytoma, and mucosal neuromas.