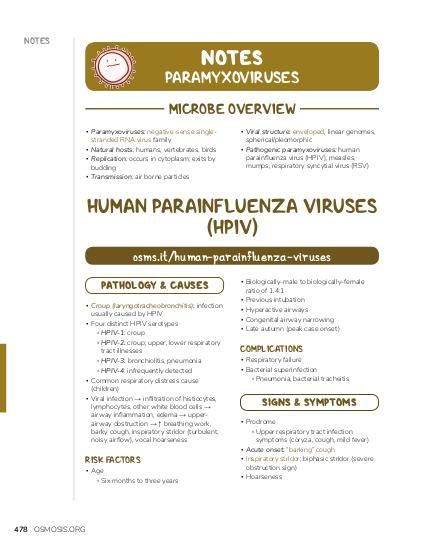 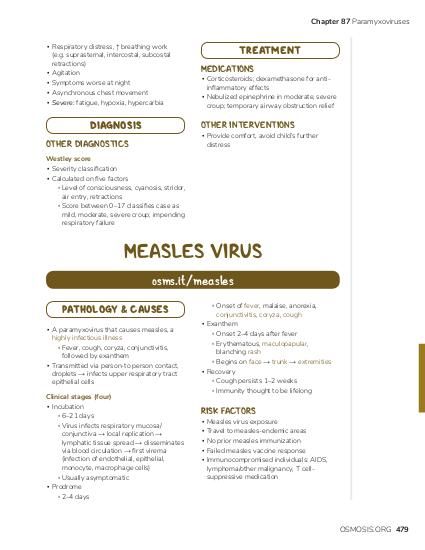 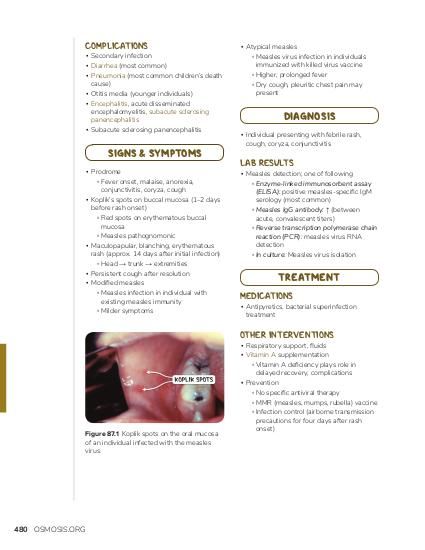 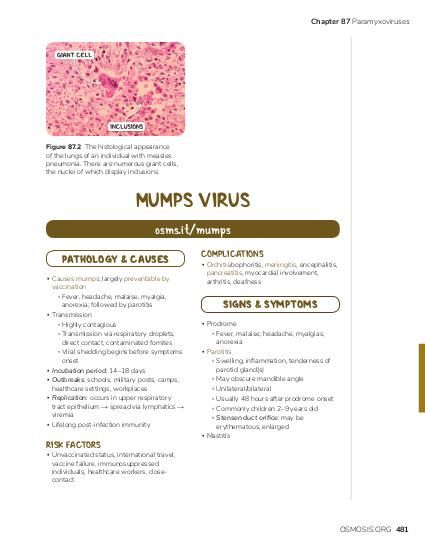 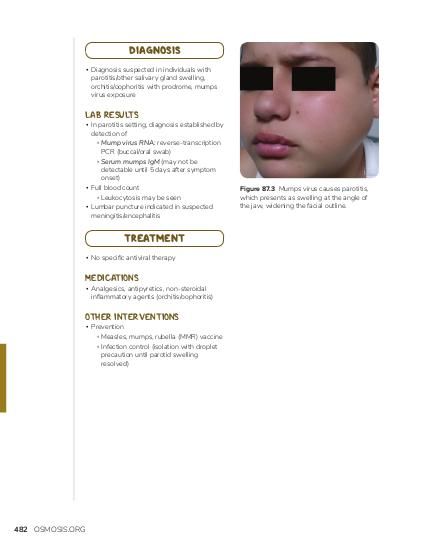 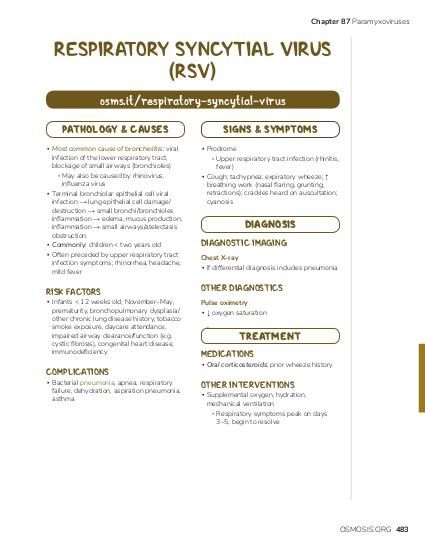 A 16-year-old boy is brought to the emergency department for evaluation of testicular pain and scrotal swelling. He had an episode of bilateral facial swelling along the jawline several days ago with associated fevers, headaches, and myalgias. The pain is worsened with movement. He has no dysuria. He is not sexually active. Records demonstrate his parents refused vaccinations throughout childhood. Temperature is 38.2°C (100.7°F), pulse is 98/min, and blood pressure is 122/84 mmHg. Physical examination reveals bilaterally enlarged and tender testicles. Stroking of the inner thigh bilaterally results in elevation of the testes. Which of the following is the most likely etiology of this patient’s clinical condition? 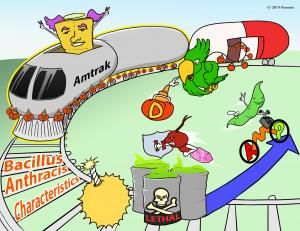 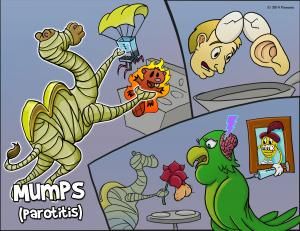 Mumps is a disease caused by the mumps virus, which is a member of the paramyxoviridae family.

This is actually a large family of viruses which includes measles virus and parainfluenza viruses, and all of these tend to affect children the most.

Mumps only affects humans and is spread by tiny respiratory droplets that are small enough to be carried short distances in the air, so mumps virus is extremely contagious and anyone near a person with mumps is at risk for getting the disease as well.

The mumps virus has a single strand of RNA and a viral polymerase enzyme surrounded by a phospholipid bilayer envelope studded with viral proteins hemagglutinin-neuraminidase, or HN protein, and fusion or F protein.

The HN protein allows the virus to stick to a potential host cell, and cut itself loose if necessary, and the F-protein which fuses the viral and cell membranes together allowing the mumps virus to enter the cell.

What also ends up happening with these, though, is that those HN and F-proteins on the cell surface now bind other cells, so they actually end up bind epithelial cells to one another, which forms a clump of connected cells called a multinucleated giant cell or a syncytium.

Mumps enters the body and first infects the epithelial cells of the nasopharynx, where it starts replicating and causing local damage to the tissue.

From there, it can cause viremia or virus in the blood, and reach various organs and tissues.

The swollen parotid gland lifts the earlobe up and out and obscures the angle of the jaw, and can sometimes cause trismus which is spasm of the muscles of mastication or chewing.

These infections can cause symptoms ranging from those that feel like the common cold, like headache and neck stiffness, as well as more severe symptoms like difficulty with balance and hearing loss, but in general, the infection is self-limited and symptoms go away as the body recovers.