is an anticholinergic that is administered with the antidiarrheal diphenoxylate to discourage deliberate opioid overdose via the undersirable anticholingeric effects.

A 70-year-old male presents to the office with his wife who states the patient has been confused for the past 2 days. History also reveals lethargy. Past medical history is significant for Parkinson's disease. Vital signs reveal a temperature of 37.3ºC (99.1ºF), a blood pressure of 130/80 mmHg, and a heart rate of 80/min. Physical examination reveals dry oral mucus membranes and dilated pupils. Which of the following is most likely causing his symptoms? 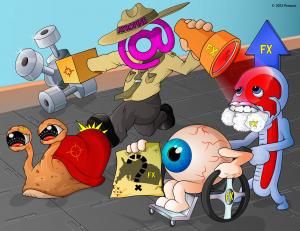 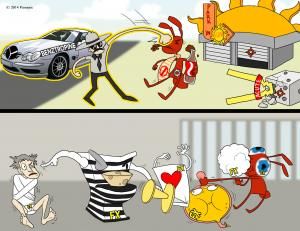