A 20-year-old woman is evaluated in the emergency department for a suspected generalized tonic-clonic seizure. The episode occurred an hour ago when she was with her roommate, who states the patient started uncontrollably flexing and extending her upper and lower limbs for 1 minute. She has a history of recurrent seizures for the past 2 years, and she lost partial vision due to occipital lobe infarction last year. Family history is not available because the patient was adopted as a child. Neurological examination shows decreased sensation and weakness of bilateral lower extremities. The patient is admitted for further evaluation. Serum lactate levels are 3.3 mmol/L. Skeletal muscle biopsy shows proliferation of mitochondria that appear bright red compared to the blue myofibers when stained with Gomori trichrome stain. This patient’s condition is best described as which of the following? 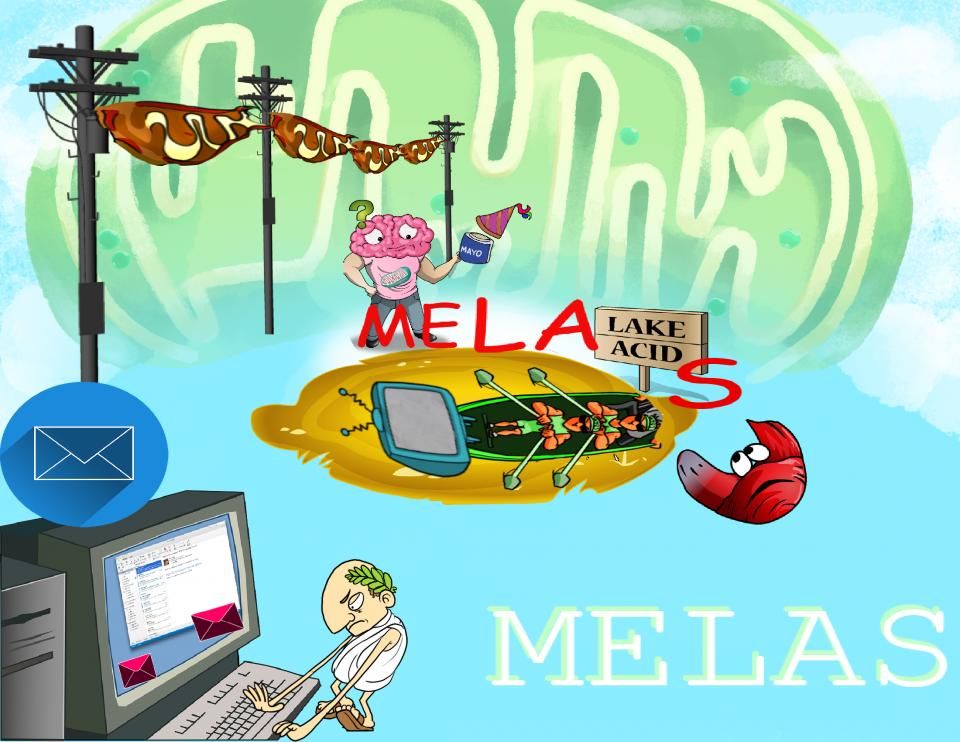 At the clinic, 32 year old mary comes with her 6 year old son thomas, after noticing he’s often clumsy, weak, and has trouble climbing the stairs of their house. Mary is worried because she had a brother who presented the same symptoms as a child, and developed progressive weakness, until he passed away at 23 years old due to respiratory problems. Upon physical examination, the physician notices that thomas has scoliosis and thick calves. Later that day, 29 year old sarah comes to the clinic with her 10 year old son mike because of progressive muscle weakness and fatigue, as well as vomiting and loss of appetite. In addition, she mentions that he has experienced seizures.

Based on the clinical findings, the physician concludes that both children have some form of inherited muscular disorder, and orders genetic testing to confirm the diagnosis. Now, let’s go over the two main groups: muscular dystrophies and mitochondrial myopathies.

Now, long story short, dystrophin is a protein found on the plasma membrane of muscle fibers to provide mechanical reinforcement and stabilization. As a result, having defective dystrophin proteins leads to degeneration and instability of muscle fibers, in turn causing muscle weakness. What determines which disease you get is the type of mutation in the dystrophin gene. Duchenne muscular dystrophy results when the mutation results in no protein being produced at all, for example a nonsense or a frameshift mutation. On the other hand, becker muscular dystrophy results from mutations like missense mutations that allow a misshapen and partially functional protein to be produced. So, what's especially high yield is that duchenne ends up being the more severe of the two, with symptoms usually presenting by the age of 5, while becker is basically a milder form of duchenne that presents later on, usually between the ages 10 to 20.

In both disorders, initially, there’s muscle regeneration to compensate for the muscle degeneration and weakness. Over time, the muscle tissue can’t keep up, so it atrophies and gets infiltrated by fat and fibrotic tissue. This process can occur in any muscle, but it is most noticeable in the muscle of the legs. In a test question, this will classically manifest as calf pseudohypertrophy, where the calves are visibly enlarged, but that's because of fat and fibrotic tissue rather than actual muscle tissue. As muscle weakness progresses, individuals have a progressive difficulty walking. A very high yie