A 14-year-old boy is brought to the office by his father because of progressive muscle weakness and stiffness for the past several months. The patient has had frequent episodes of hand stiffness where he states he “couldn’t let go of objects.” He also has increased difficulty with facial expression, especially with smiling and frowning. The patient reports occasional difficulty with speech and a heavy feeling in the tongue. Past medical history is noncontributory. He was adopted as an infant, and the biological family history is unknown. Vitals are within normal limits. Physical examination shows ptosis, temporal wasting and thin cheeks. Hand muscles are weak bilaterally, and the patient has difficulty opening his hand after squeezing the physician’s fingers. Babinski sign is absent bilaterally, and deep tendon reflexes are normal throughout. Testicular volume is small for age. Which of the following is the most likely cause of this patient’s condition? 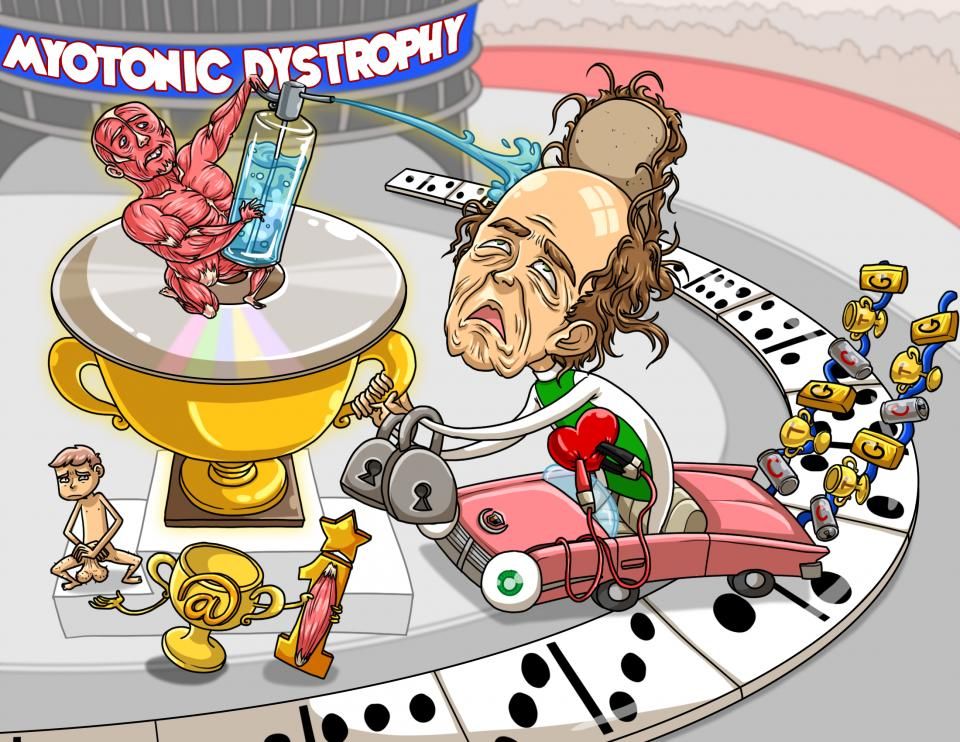