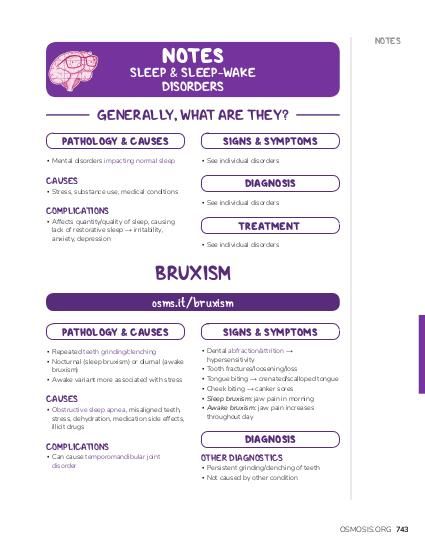 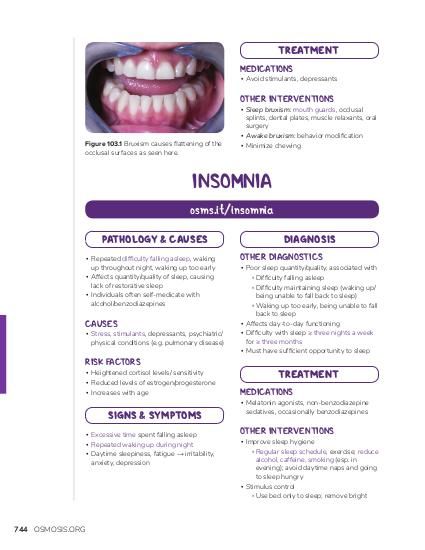 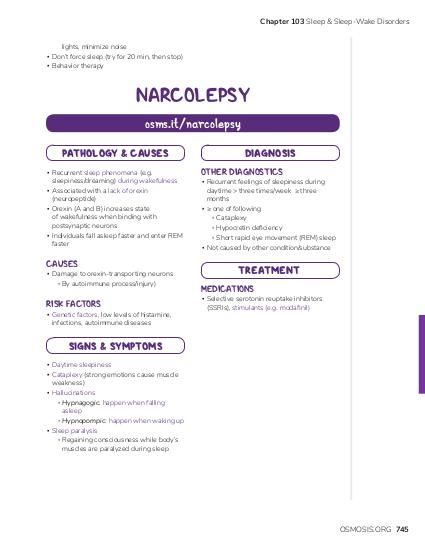 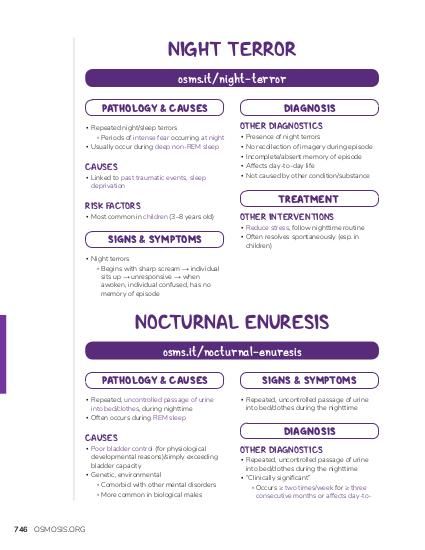 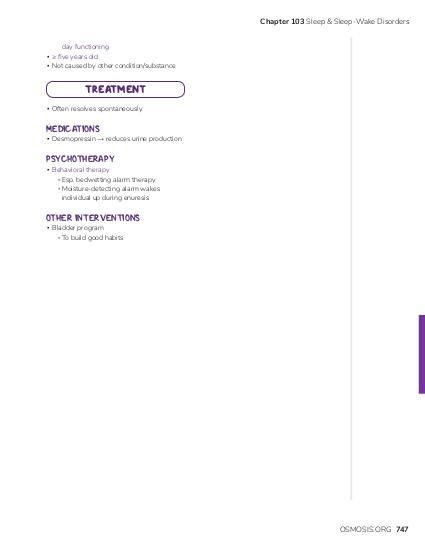 A 15-year-old man comes to the office because of excessive daytime sleepiness. His mother says his grades are suffering because he cannot stay awake during class. The patient says sometimes when he gets really nervous or excited about something, he feels as if he cannot move his legs and might even fall down. Which of the following is the most likely associated sleep study finding? At one time or another you’ve probably had to force yourself to stay awake, maybe while driving or when you’re in a looong lecture. In these situations, you were exerting control over your sleep-wake cycles. Narcolepsy is a disorder in which the ability to regulate sleep-wake cycles is impaired, so the normal boundaries between sleeping and being awake are weak, leading to frequent lapses into sleep and the occurrence of elements of sleep while a person is awake.

In a deep part of the brain called the hypothalamus, there is a special group of neurons that help stabilize wakefulness and sleep. These neurons produce the neurotransmitters orexin A and B, also called hypocretin 1 and hypocretin 2, which connect to key sites in the brainstem and elsewhere that regulate wake and sleep states. Specifically, orexins have an excitatory effect, which helps stabilize wakefulness across the day, and sleep throughout the night.

Sleepiness is usually the most challenging symptom. People with narcolepsy can doze off with little warning, usually when sitting down, like in a class or while working at a computer, but they generally don’t sleep more than healthy people in a given 24 hour period. Most individuals with narcolepsy find that a short, 15-minute nap substantially improves their alertness for a few hours, which suggests that the sleepiness of narcolepsy is caused by a problem with the brain circuits that normally promote full alertness, rather than poor quality or insufficient sleep. Normally when a healthy person goes to bed, they go through a sleep cycle lasting an hour or more before they reach rapid eye movement, or REM sleep, which is the stage of sleep characterized by dreaming. People with narcolepsy fall asleep very quickly, in as little as five minutes, and they often enter REM sleep in just a few minutes. This can result in very vivid dreams, even with brief naps.

Alright, the second major symptom is cataplexy. Cataplexy refers to episodes of muscle weakness which are triggered by strong emotions. Positive emotions such as laughing at a joke or winning a game are the most common triggers, but cataplexy sometimes occurs with intense anger. Much of the time, the weakness affects only the face and neck, but severe episodes can cause total body weakness or paralysis, causing the person to slump to the ground, unable to move for a minute or two even though they are awake. Understandably, this symptom can have a severe impact on the lives of people with narcolepsy, both from a physical perspective, since they could get hurt when they collapse, as well as a psychological perspective. People with narcolepsy may feel anxious about having cataplexy in public, leading some to avoid situations that might elicit an episode such as a party or wedding.