Assessments
Nerves and lymphatics of the pelvis

Nerves and Lymphatics of the Pelvis 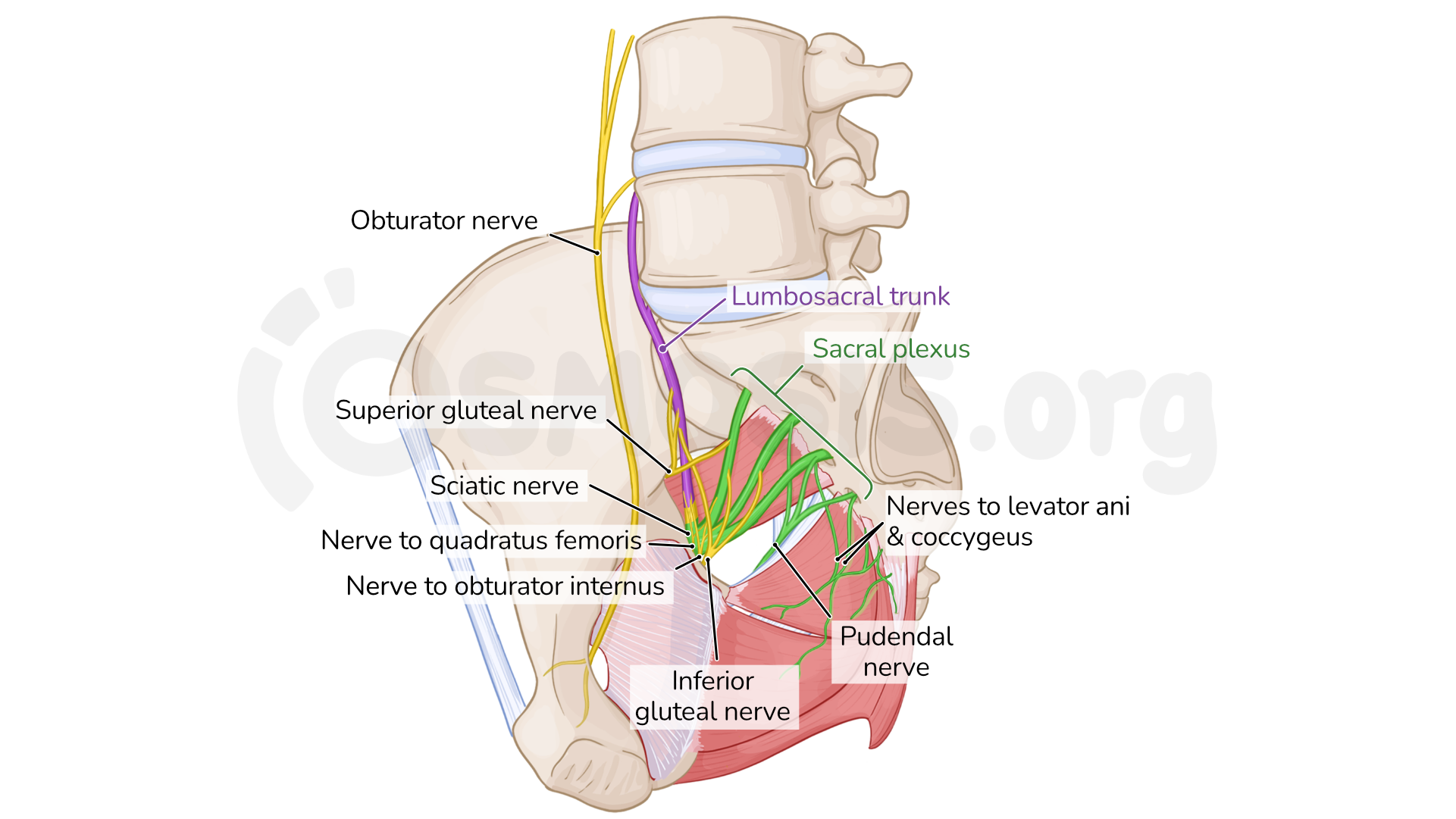 Figure 2.  Anterolateral view of a biologically female pelvis showing the nerves of the pelvis. 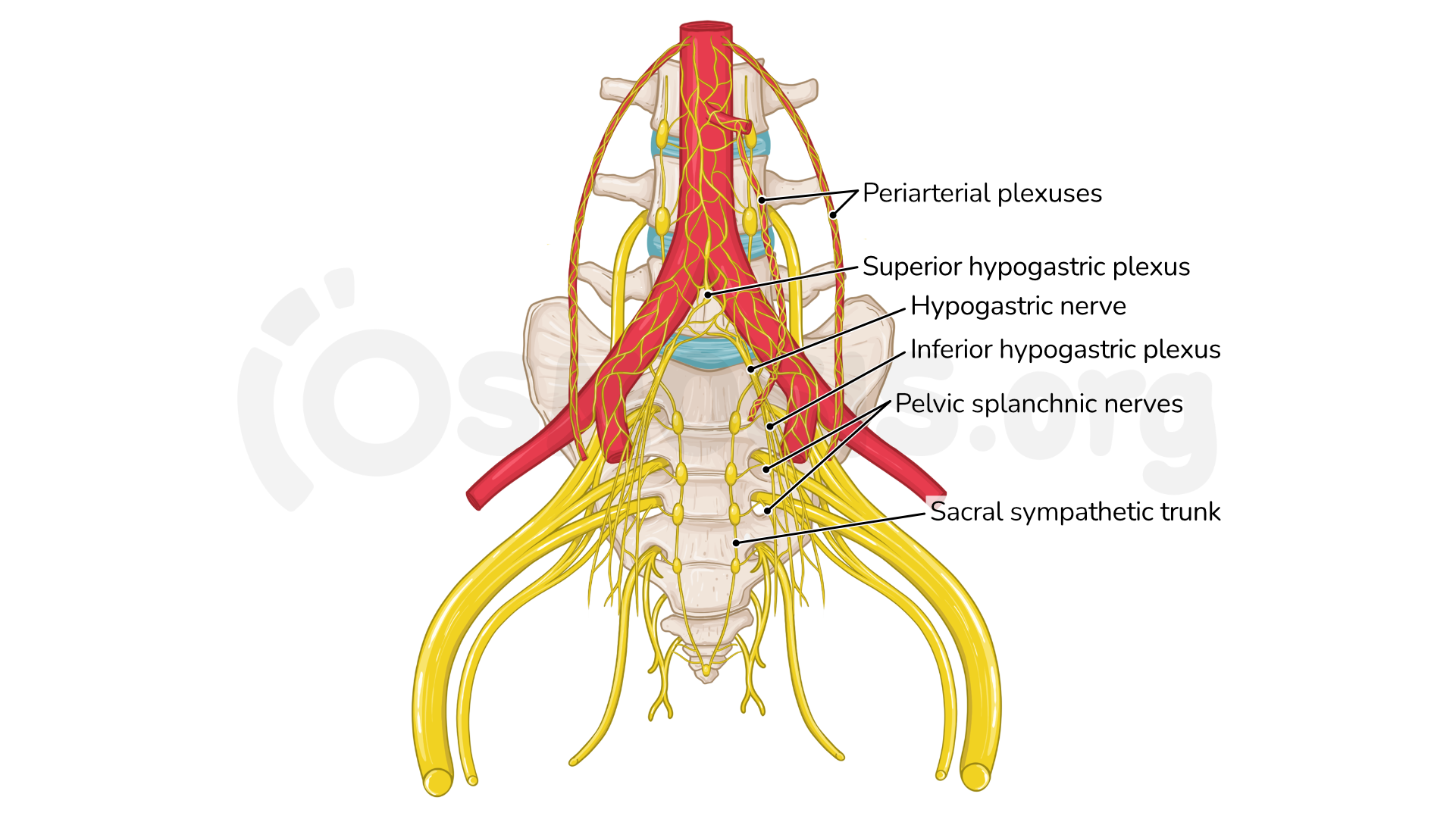 Figure 4. Anterior view of the autonomic nerves of the pelvis. 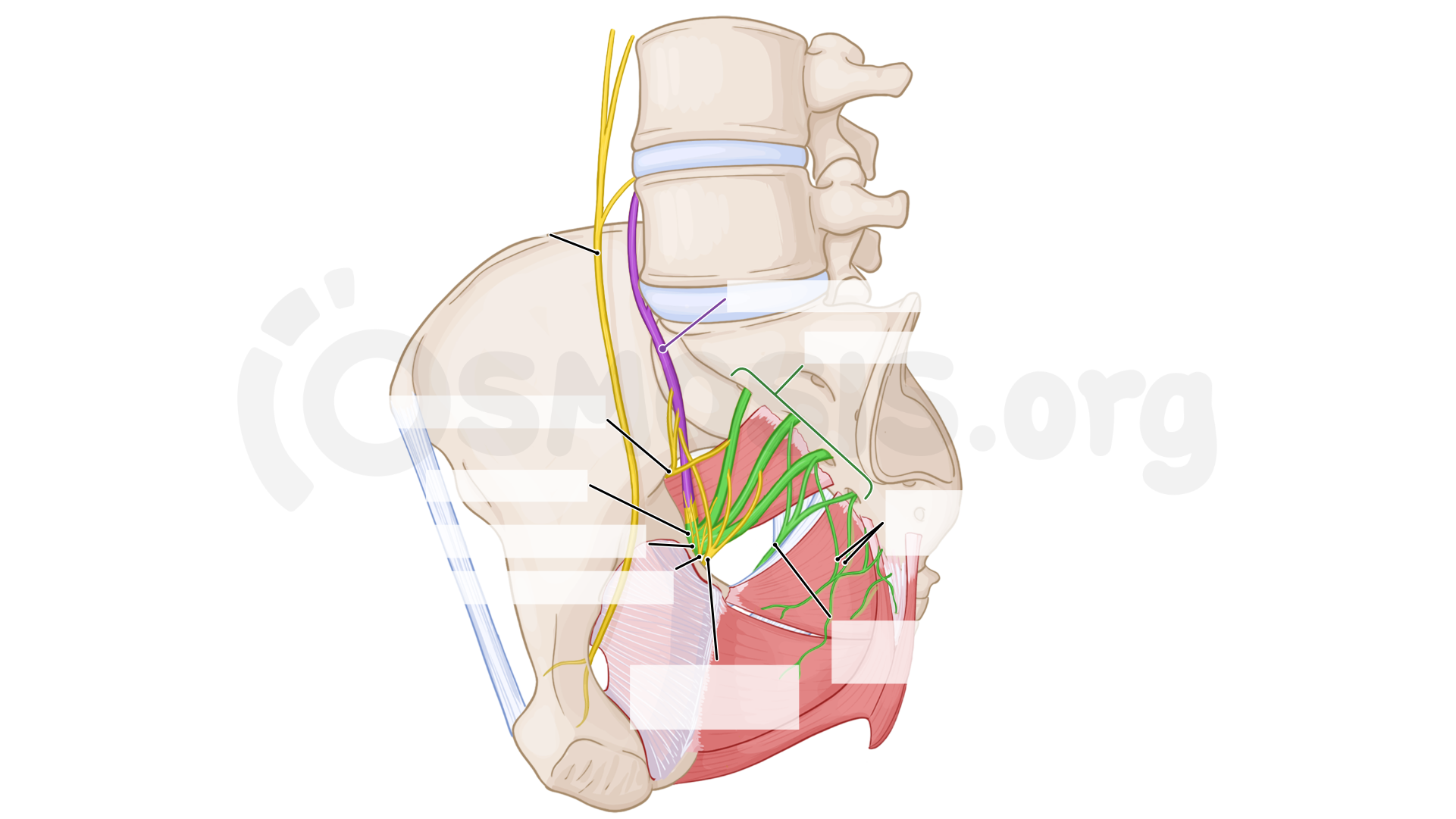 A 60-year-old man presents to his primary care physician because of difficulty urinating and nocturia. Digital rectal examination is performed and reveals nodular enlargement of the prostate. A biopsy is obtained and confirms adenocarcinoma of the prostate. Which of the following lymph nodes are at the greatest risk of subsequent metastasis?

Generally the somatic nerves are the most lateral, arteries lie medial to nerves, and veins lie between these two.

Lymph nodes are usually clustered around the veins, and lymph vessels that come off these nodes ascend parallel to the veins. Now, let's take a closer look at the lymphatics and nerves of the pelvis specifically.

Let’s talk about the lymphatic drainage of the pelvis, which follows various major and minor groups of lymph nodes.

These lymph nodes have variable, sizes, numbers, and locations, and the lymph node clusters’ names are based on the adjacent structures and nearby blood supply.

Furthermore, these nodes are all interconnected, so their drainage often overlaps and can vary quite a bit.

The superficial inguinal lymph nodes receive lymphatic drainage from the superficial lower limb, abdominal wall inferior to the umbilicus, gluteal region and superficial perineal structures such as the distal vagina, vulva and scrotum, and typically drain into the external iliac lymph nodes.

The deep inguinal lymph nodes receive lymph from the superficial inguinal nodes, as well as the deep portions of the lower limb, the glans clitoris in females or glans penis in males and the distal spongy urethra. These nodes typically drain into the external and common iliac lymph nodes.

Now, in addition to the inguinal lymph nodes, the external iliac lymph nodes also receive lymph from the anterior superior pelvic viscera, such as the body of the uterus, anterior cervix, and superior bladder.

They drain lymph from inferior pelvic viscera and deep perineal structures such as the prostate, cervix, and proximal vagina.

Next are the sacral lymph nodes, which lie in the concavity of the sacrum, near the median sacral blood vessels.

Part of some pelvic viscera, like the neck of the urinary bladder and the inferior part of the vagina, may bypass their other sets of nodes and drain their lymph directly into the common iliac lymph nodes.

The aortic lymph nodes also drain lymph directly from the testes and ovaries, and the fundus of the uterus.

Before wrapping up the pelvic lymph nodes, it’s worth mentioning a minor group of lymph nodes called pararectal lymph nodes.

These lymph nodes lie in the connective tissue that surrounds branches of the internal iliac blood vessels.

Alright, before we look at pelvic nerves, feel free to pause the video and see if you can name the main lymph node groups of the pelvis!

Okay, now, let’s switch gears and look at the nerves of the pelvis, which can be divided in somatic and autonomic nerves.

Let’s start with the obturator nerve, which arises from the lumbar plexus - specifically, the anterior rami of the second, third, and fourth lumbar spinal nerves.

This nerve enters the lesser pelvis and runs along the lateral wall of the pelvis to the obturator canal, which is an opening within the obturator membrane.

After entering the obturator canal, the obturator nerve divides into anterior and posterior branches, which actually don’t supply any structures within the pelvis. Instead, these branches enter the thigh and supply the adductor muscles of the medial thigh.

Now, right above the pelvic brim, the descending part of the fourth lumbar nerve unites with the anterior ramus of the fifth lumbar nerve, forming the lumbosacral trunk.

This trunk descends on the anterior surface of the ala of the sacrum, and it unites with the sacral plexus, forming the lumbosacral plexus.

So the lumbosacral plexus is formed by the anterior rami of spinal nerves L4 to S4. This plexus lies on the posterolateral wall of the lesser pelvis, and it gives off a number of branches for pelvic and lower limb structures.

The first of these branches is the sciatic nerve, which is the largest nerve of the human body. This nerve arises from the anterior rami of spinal nerves L4 to S3.

Then, it passes through the greater sciatic foramen, typically below the piriformis muscle, and enters the gluteal region.

Second, there’s the pudendal nerve, which arises from spinal nerves S2, S3 and S4. After it forms, the pudendal nerve leaves the pelvis through the greater sciatic foramen, between the piriformis and coccygeus muscles.

Then, it winds around the ischial spine and the sacrospinous ligament. Finally, it passes through the lesser sciatic foramen and enters the perineum to provide sensory information to the external genitalia as well muscular branches to perineal muscles.

This nerve leaves the pelvis above the piriformis muscle, and it passes through the greater sciatic foramen to supply the gluteus medius and gluteus minimus muscles in the gluteal region.

Finally, the inferior gluteal nerve, which arises from L5, S1, and S2. This nerve also leaves the pelvis through the greater sciatic foramen, but below the piriformis muscle.

The inferior gluteal nerve supplies the gluteus maximus, which is the largest muscle of the gluteal region and, in fact, the entire body!

Here’s a memory trick! The relations of these nerves to the piriformis muscle correspond to their names.

The pelvis is the lower part of the trunk of the body, located between the abdomen and the legs. It has several important nerves that innervate various structures; and a network of lymphatic vessels and lymph nodes.

The nerves of the pelvis are divided into somatic and autonomic nerves. Somatic nerves arise from the lumbosacral and coccygeal plexus, and include the obturator, sciatic, superior gluteal, inferior gluteal, pudendal, nerve to piriformis, nerve to quadratus femoris, nerve to obturator internus, nerves to levator ani and coccygeus, and the posterior cutaneous nerve of the thigh.

Autonomic nerves of the pelvis include the sacral sympathetic trunks, which supply the lower limb. These include the periarterial plexuses, which supply motor fibers to the superior rectal, ovarian, and internal iliac arteries and their branches; the hypogastric plexuses, the main origin of sympathetic fibers in the pelvis; and pelvic splanchnic nerves, which are the main origin of parasympathetic fibers in the pelvis. There are also visceral afferent fibers that receive sensory information from the pelvic viscera.