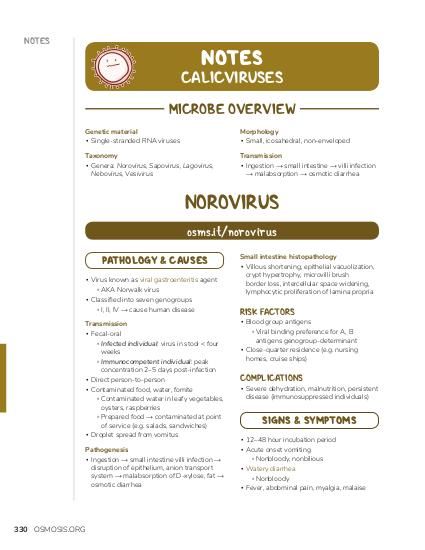 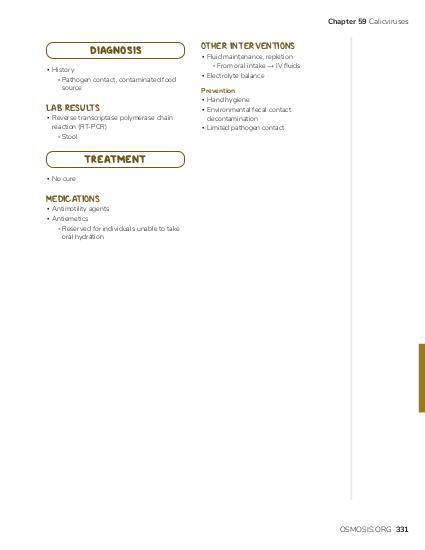 A 2-year old girl comes to the clinic because of vomiting and diarrhea for 2 days. Her mother describes the diarrhea as non-bloody and without mucus. The patient appears to be in pain and is lethargic. Which of the following organisms is the most likely culprit for the symptoms in this patient? 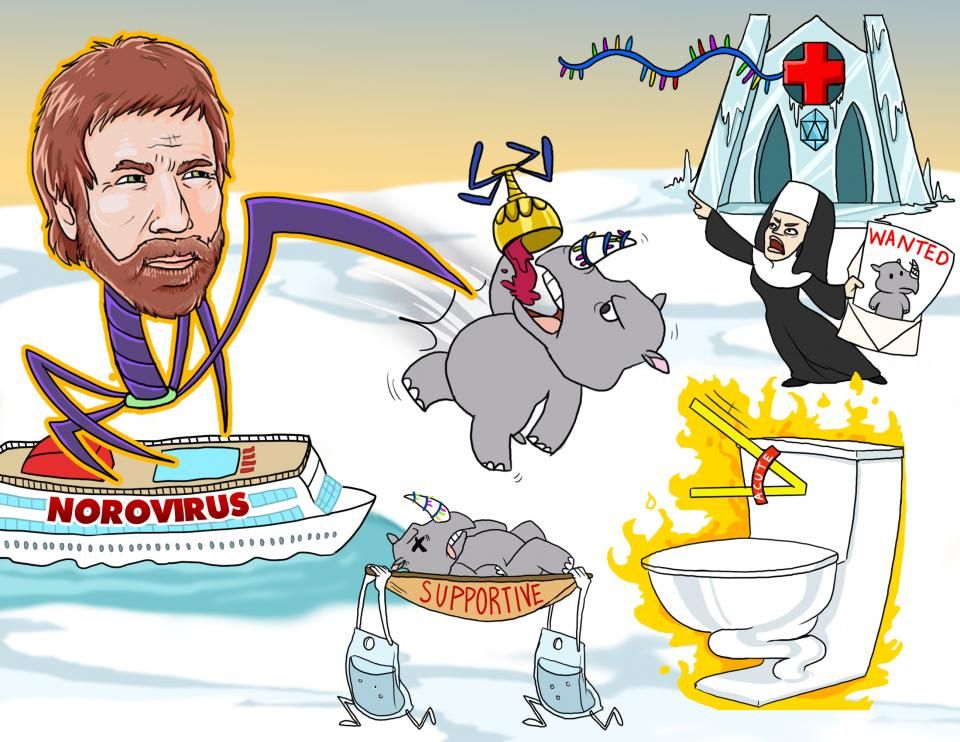 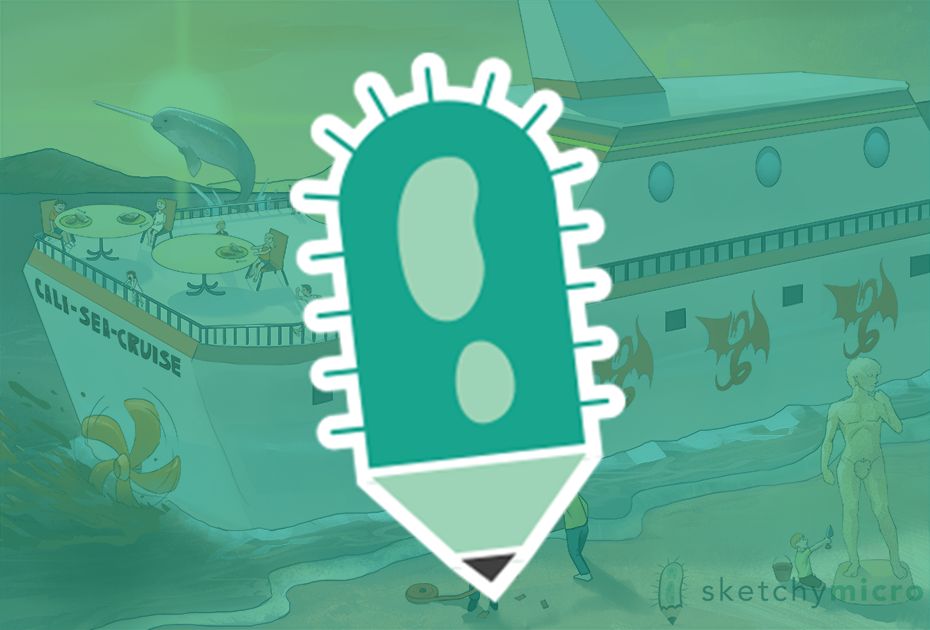 You’ve probably had the stomach flu, at least once, right? Chances are, it was due to norovirus, which is one of the most common causes of viral gastroenteritis.

Sometimes it’s also called the Norwalk virus, after the town in Ohio where a big outbreak in 1968 allowed scientists to isolate the virus.

There are several genogroups of norovirus, but only groups I, II, and IV can cause disease in humans.

Norovirus is part of the caliciviridae family of viruses.

They are naked viruses surrounded by an icosahedral capsid, which is a spherical protein shell made up of 20 equilateral triangular faces.

This means that their RNA is actually mRNA - and the host cell ribosomes use this mRNA to make only long polyprotein chain, which is then broken into smaller pieces by viral proteases.

This all happens in the cytoplasm of the host cell, since that’s where ribosomes are found, and results in several viral proteins.

The exact role of each specific viral protein is still a bit of a mystery, but we do know that they mainly affect the small intestine.

The small intestine has lots of tiny ridges and grooves, each of which projects little finger-like fibers called villi.

Norovirus blunts the villi and shortens microvilli, and this disrupts the ability of the brush border to absorb certain nutrients, specifically fat and a simple sugar called D-xylose.

It also lowers the activity of alkaline phosphatase and trehalase, which are digestive enzymes produced by brush border cells.

Under a microscope, intestinal cells infected by Norovirus have an intact mucosa and epithelium, but there are a lot of lymphocytes in the lamina propria layer of the mucosa.

Intercellular spaces are also larger, because tight junction proteins that keep the cells together are damaged.

Norovirus is very contagious and it’s primarily transmitted from person to person via the fecal-oral route.

In other words, you catch it by ingesting stool particles of someone who is sick.

This can happen if infected stool ends up in the water supply or on agricultural fields, if flies land on it, and transfer stool particles to other places, or by touching contaminated surfaces.