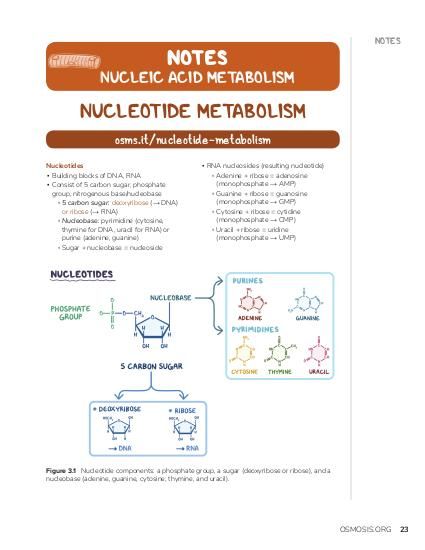 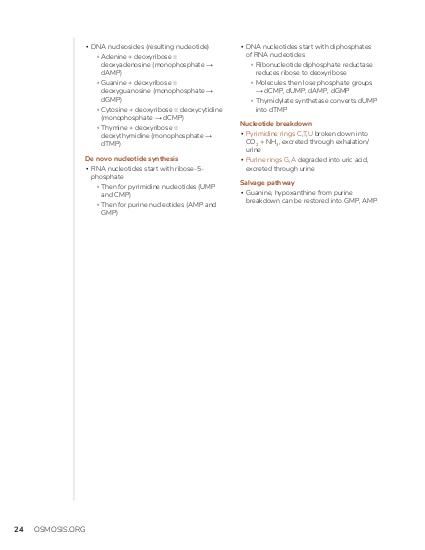 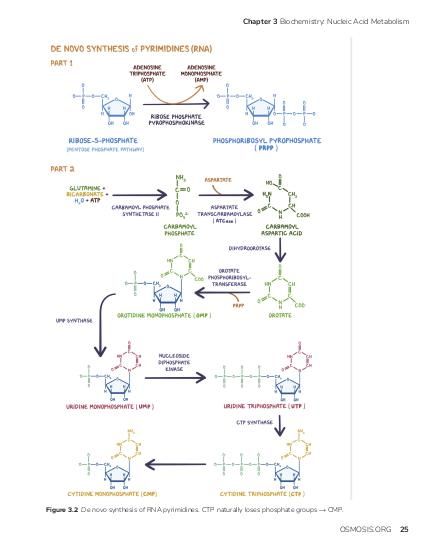 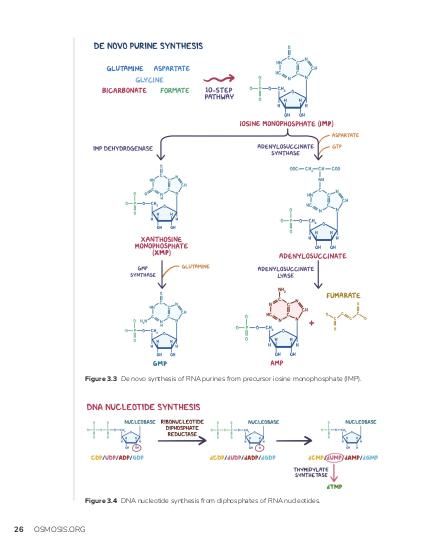 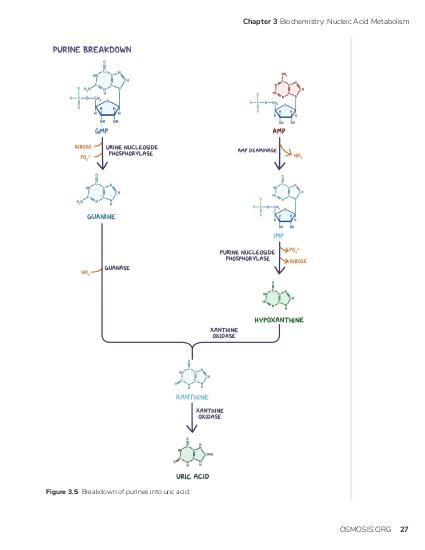 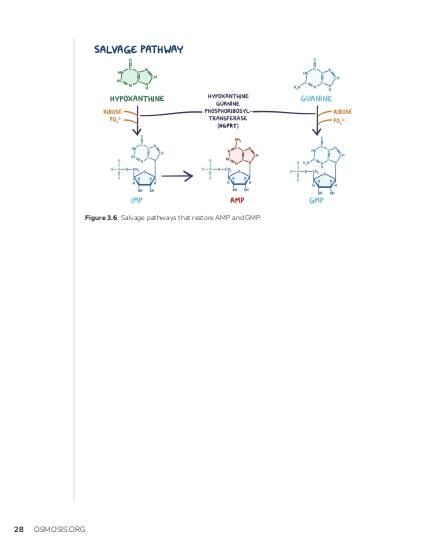 The most basic structure of the nucleotide can be broken down into three subunits - a five carbon sugar, a phosphate group, and a nitrogenous base, also known as nucleobase.

The nucleobases can be either pyrimidines or purines.

There are 3 pyrimidine bases, and they are all made up of a single heterocyclic ring - cytosine, or C, thymine, or T - which is DNA-specific, or T, and uracil, or U, which is RNA-specific.

There are two purine bases, adenine, or A, and guanine, or G, and they’re made up of two rings.

Now if we link up just the sugar and the nucleobase, we’ve got ourselves a nucleoside.

To make a nucleotide, all we’ve got to do is add a phosphate group to the 5th carbon of the sugar on a nucleoside.

We know, all of this sounds complicated. Don’t shoot the messenger.

There are two ways our cells can make nucleotides - one is to make from scratch, also known as de novo synthesis, and the other is the salvage pathway, that recycles nucleotides that are already semi-degraded.

De novo synthesis starts with ribose-5-phosphate for both purine and pyrimidine bases.

And an enzyme called ribose phosphate pyrophosphokinase uses an adenosine triphosphate - or ATP - molecule, and removes two phosphate groups from it, attaching them to to ribose-5-phosphate, creating a phosphoribosyl pyrophosphate - or PRPP. We’ll need this later on.

Next step is to make pyrimidines.

Next, the enzyme orotate phosphoribosyltransferase moves the phosphoribose unit from PRPP to orotate and that forms orotidine monophosphate, or OMP.

That UMP gets phosphorylated twice by nucleoside diphosphate kinase, to become uridine triphosphate, or UTP.

And before CTP is used as a nucleic acid, it serves as an energy source in other cellular reactions and thereby loses two phosphates.

It starts with the amino acids glutamine, aspartate, and glycine, together with bicarbonate and formate, which is the anion derived from formic acid.

These undergo a ten-step pathway with the help of a number of enzymes, with names that will assure you a victory in Hangman.

The result of all this is inosine monophosphate, or IMP, which is sort of a generic purine.

IMP is converted to AMP in two steps.