A 55-year-old female presents to her family physician with pain in the fingers of her right hand. She is mildly confused and is unsure exactly how long she has had this pain. The patient's daughter, who accompanied her mother to the visit, says that the patient has complained about this pain for about a month and has been progressively more confused over the last week. She also says that her mother has been complaining of increased nausea for the last few months. An X-ray of the right hand shows thin bones with brown tumors. Based on the patient's history and symptoms, what is the most likely cause of her condition? 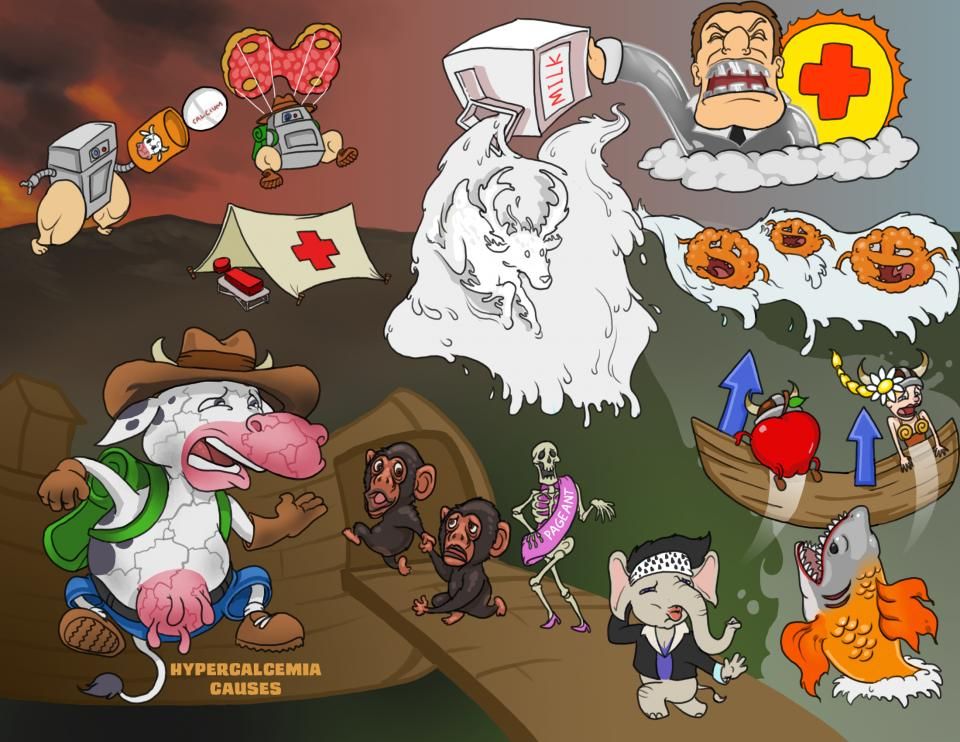 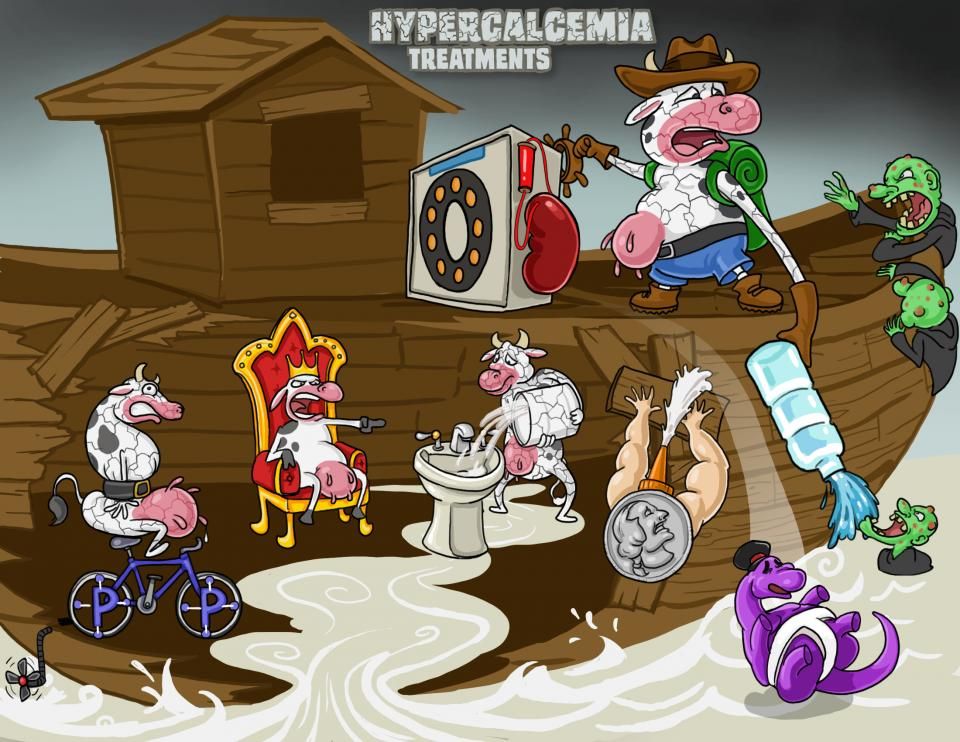 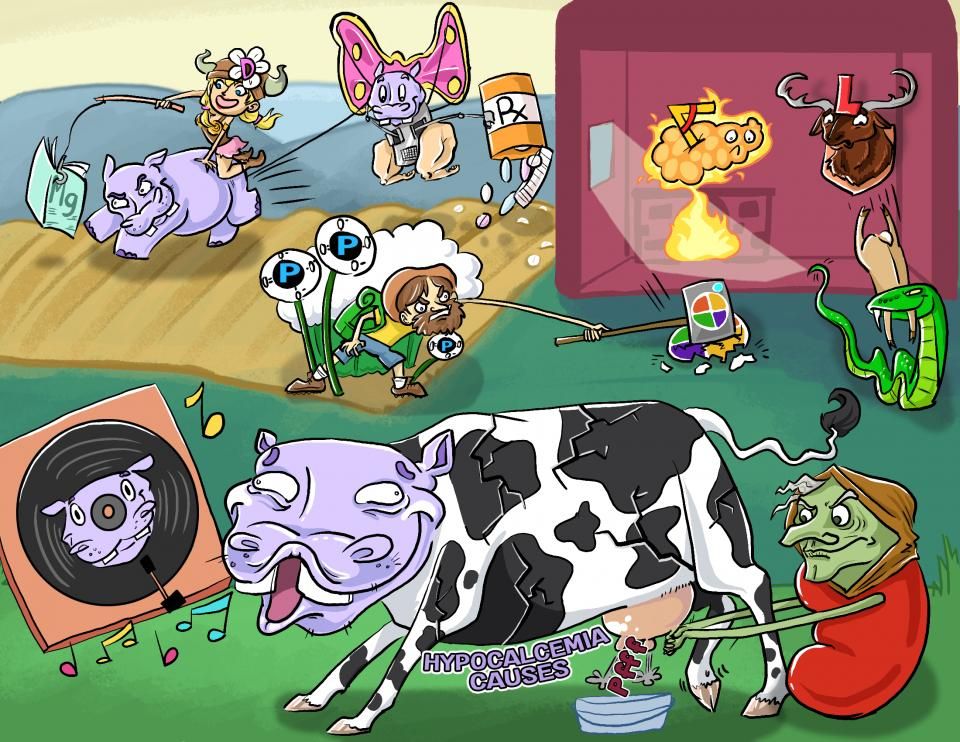 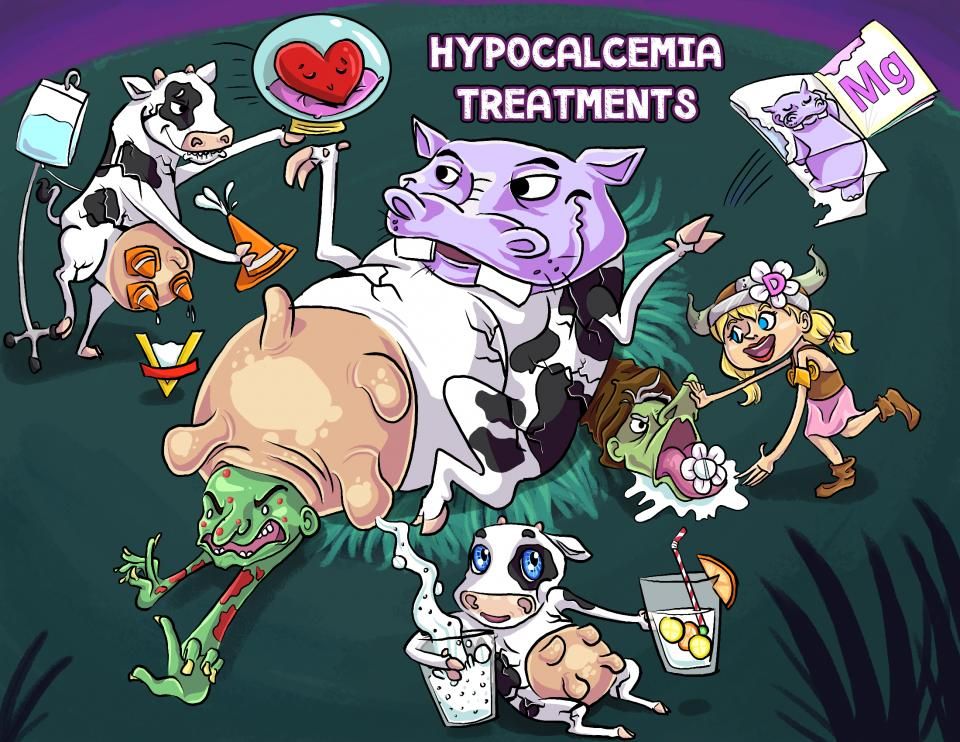 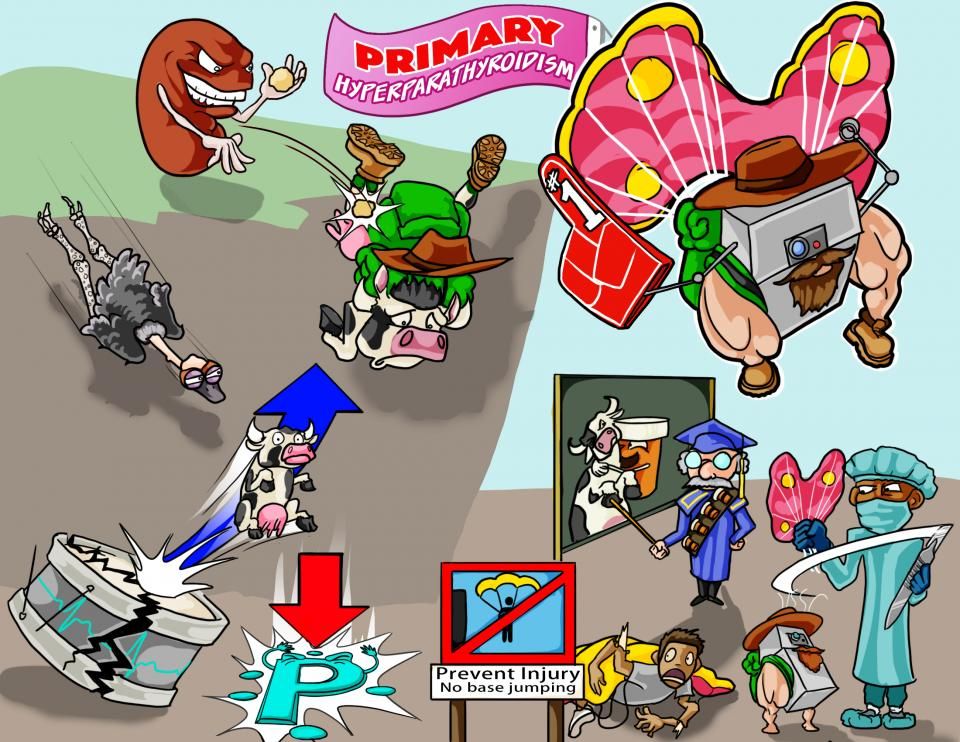 The parathyroid glands are four small glands in the neck that produce parathyroid hormone (PTH), which plays a major role in regulating calcium in the body. High levels of PTH lead to hyperparathyroidism, whereas low levels can lead to hypoparathyroidism. Hyperparathyroidism leads to an increase in blood calcium levels, resulting in symptoms like fatigue, muscle weakness, bone pain, osteoporosis, and kidney stones.

Hypoparathyroidism leads to a decrease in blood calcium levels. This can cause symptoms like tingling in the fingers and toes, muscle cramps, and seizures. Hyperparathyroidism is treated by surgically removing the overactive parathyroid gland; whereas in hypoparathyroidism, calcium and vitamin D supplementation, and hormone replacement therapy can help manage the symptoms.