A 3-year-old boy is brought to the emergency department by his parents due to irritability and severe nausea and vomiting for the past day. His parents state that he has been eating less than usual for the past week. His temperature is 37.0°C (98.6°F), pulse is 80/min, and blood pressure is 118/75 mmHg. On physical examination, horizontal nystagmus is present, and limb movement is uncoordinated. Magnetic resonance imaging of the brain is obtained and shown below:


Reproduced from: Wikimedia Commons
Which of the following is most likely to be seen on histologic evaluation of the mass? 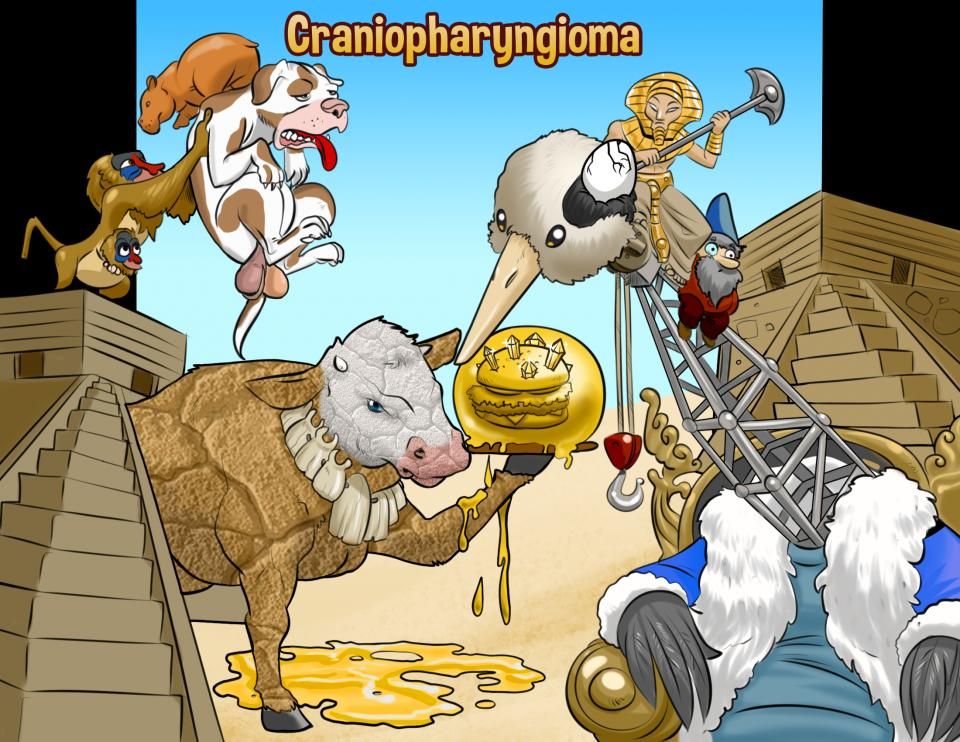 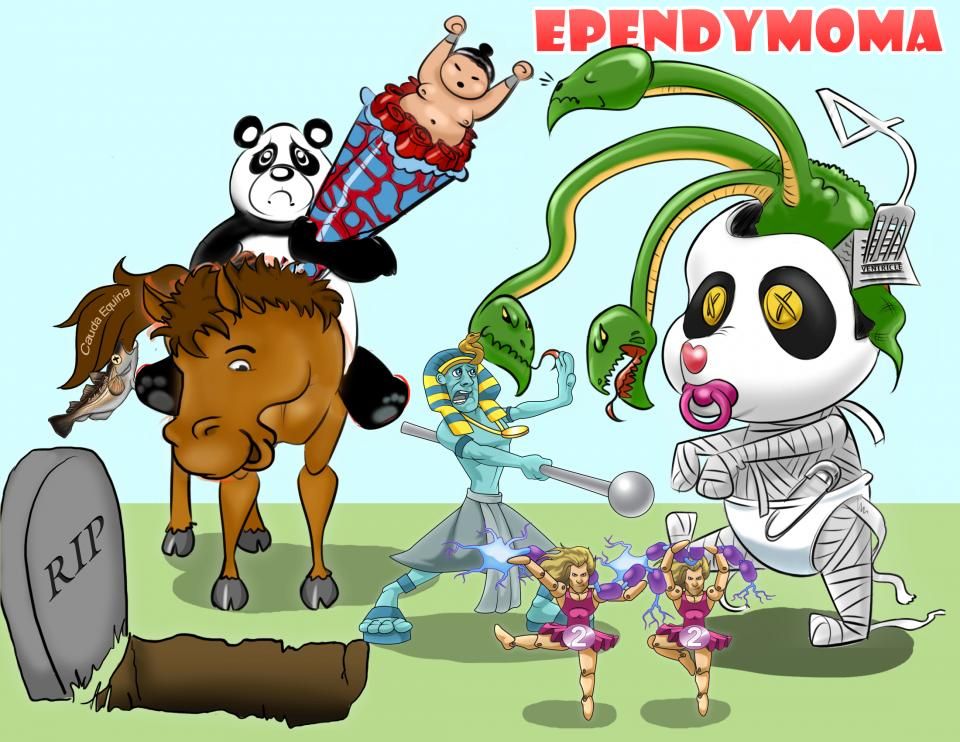 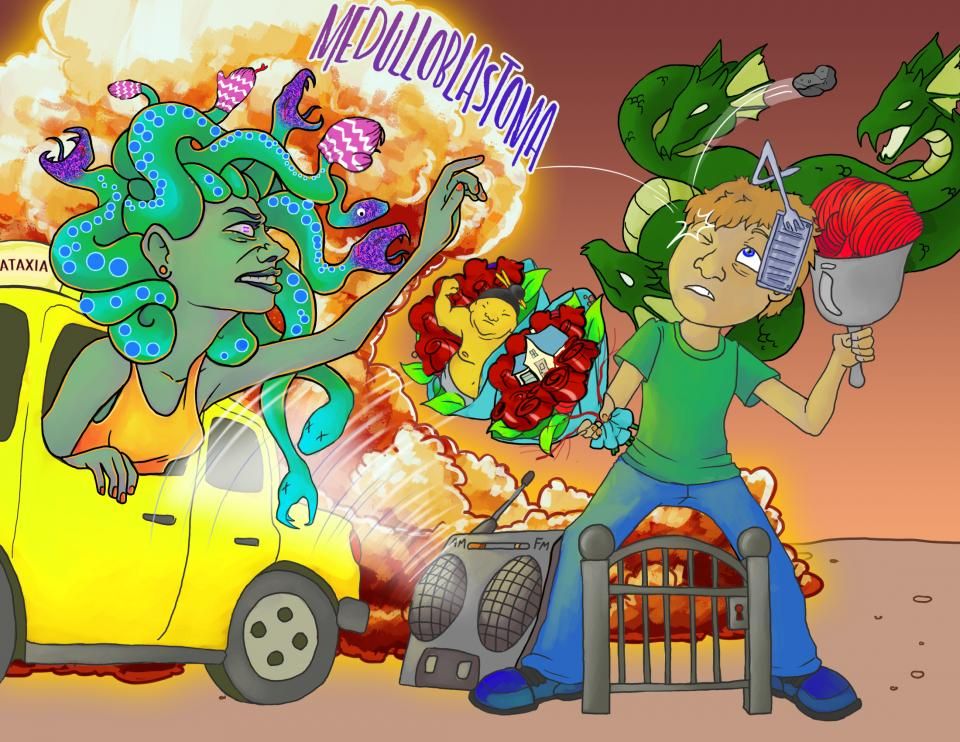 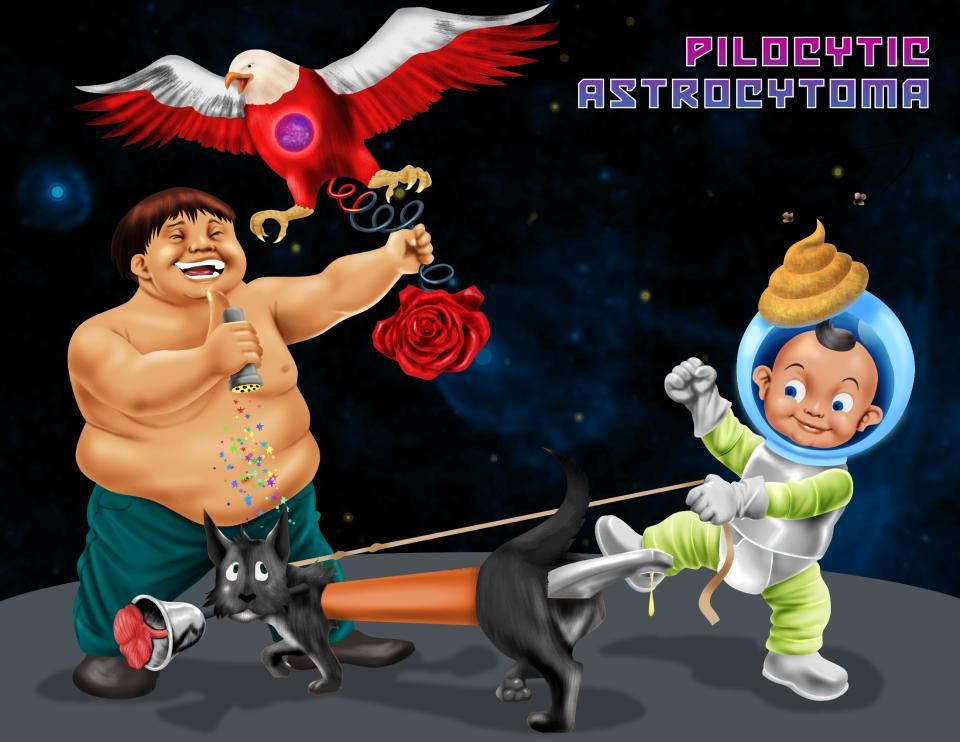 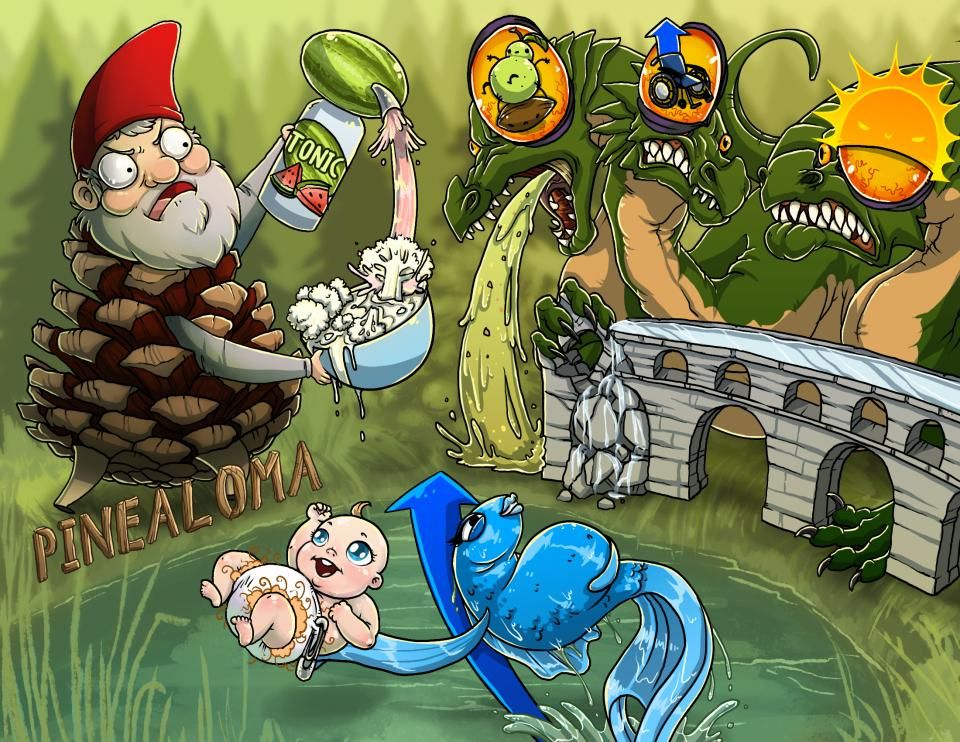 In the neurology ward, two children came in with the same symptoms: morning headaches, nausea, vomiting, and frequent falls.

One of them is a 12 year old named Greg, and the other is a 14 year old individual named Suzan.

A brain MRI with contrast is ordered for both of them, which showed a well circumscribed cystic lesion in the cerebellum for Greg, and a solid, heterogeneous mass in the cerebellum that compresses the fourth ventricle in Suzan.

Okay, so both Greg and Suzan have pediatric brain tumors.

Brain tumors occur when there’s uncontrolled growth of abnormal cells within the brain.

Primary brain tumors are the most common solid tumors in children and can be either benign or malignant.

Now, for the exams, it’s important to remember that the most common primary brain tumor in both adults and children are gliomas, and more specifically, a subset of these called astrocytomas.

In children, medulloblastomas and ependymomas are next on the list, while in adults gliomas are followed by meningiomas.

Now, metastatic tumors are much more common in adults and are always malignant.

In order of decreasing frequency, they most commonly come from cancers of the lung, breast, skin melanomas, kidneys and colon.

In children, a very high yield concept is that most brain tumors are infratentorial, whereas in adults, they are usually supratentorial, and that’s something you also have to remember for the test!

Finally, brain tumors can also be classified, or graded, based upon their severity by the World Health Organization’s scale.

But not all brain tumors have all four grades because some tumors are basically always more benign, whereas others are more aggressive.

Alright, in this video, let’s focus on pediatric brain tumors, starting with tumor types that are generally infratentorial, since they make up the majority of tumors in children.

The most common infratentorial pediatric tumors are pilocytic astrocytoma, medulloblastoma, and ependymoma.

Starting with pilocytic astrocytoma, which is the most common primary pediatric tumor. It’s a subtype of astrocytomas which are tumors derived from astrocytes.

Astrocytes are glial cells, or non-neuron support cells that protect and support the neurons. Astrocytes have processes coming off their cell body, giving them a star-shaped appearance.

Pilocytic astrocytomas can form anywhere in the brain and spinal cord, but they are mostly infratentorial tumors in the cerebellum or near the brainstem, and this will be a big hint on your exams!

But keep in mind they can also appear less frequently in the hypothalamic region or optic pathways.

And while astrocytomas can be graded I through IV, pilocytic astrocytomas are only grade I because they are generally benign and slow-growing.

Keep in mind that in adults, astrocytes can give rise to glioblastomas which are usually supratentorial and high grade.

Okay, moving onto medulloblastoma, which is the second most common pediatric tumor.

However, medulloblastoma is the most common malignant pediatric tumor, since pilocytic astrocytoma is usually benign.

Remember that medulloblastomas also form in or around the cerebellum, just like astrocytomas!

A very problematic location that’s high yield is the region adjacent to the fourth ventricle, which is a tent-shaped cavity located between the brainstem and the cerebellum.

These tumors tend to be extremely aggressive and one relatively unique feature is that they metastasize through the cerebrospinal fluid in a process called drop metastasis where the tumor spreads to the base of the spine.

Because of this, medulloblastomas are typically only classified as grade IV.

They are ciliated cells that line the ventricles and central canal.

One of their main roles is to regulate the circulation of cerebrospinal fluid.

Ependymomas can form in the brain and spinal cord because that’s where ependymal cells are found, but pediatric ependymomas tend to form in the fourth ventricle, and that’s something you also have to remember for the exams!

Now, there are a few types of ependymomas and they’re WHO graded I through III. In grade II, classic ependymomas, tumor cells have a regular, round to oval nucleus.

Now let’s switch gears and talk about supratentorial pediatric tumors which include craniopharyngiomas and pinealomas.

The most common is craniopharyngioma, which forms near the pituitary gland.

This will pinch off from the oral mucosa and fuse with the tissue above, and they will differentiate into the cells that make up the anterior pituitary.

Now, remnants of Rathke’s pouch that remain undifferentiated can give rise to craniopharyngiomas.

And this usually occurs above or around the pituitary.

They’re typically only classified as WHO grade I tumors because they are typically benign and slow growing.

Finally, a rare supratentorial pediatric tumor is a pinealoma, which forms in the region of the pineal gland.

Pinealomas can arise from the pinocytes or from germ cells.

They can be grade I through IV.

Individuals with brain tumors typically have some combination of 4 symptoms: headache; focal neurological deficits; a neurocognitive disturbance, that often causes a decline in school or work performance; and psychiatric symptoms including depression.

The headache is usually dull, slowly progressive, and involves the whole head.

It’s high yield so remember that often, it’s worse in the morning and can be accompanied by nausea and vomiting.

As for focal neurological deficits, the pattern depends on the location of the tumor.