Biochemistry researchers are studying the pentose phosphate pathway (PPP) as an alternative route for the metabolism of glucose. Which of the following is a major function of PPP? 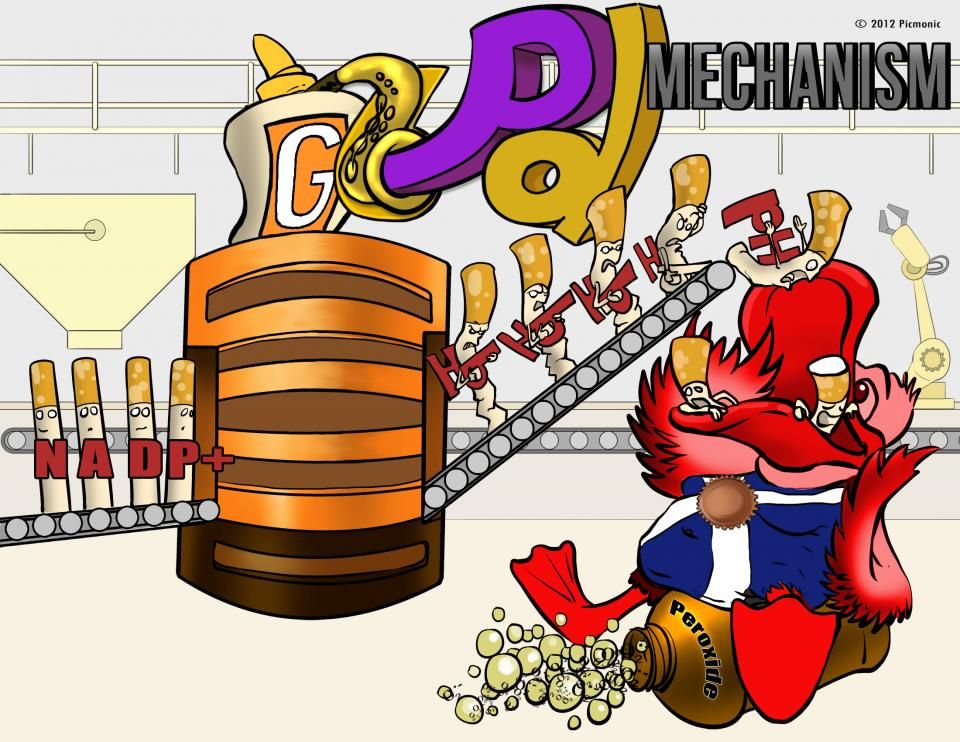 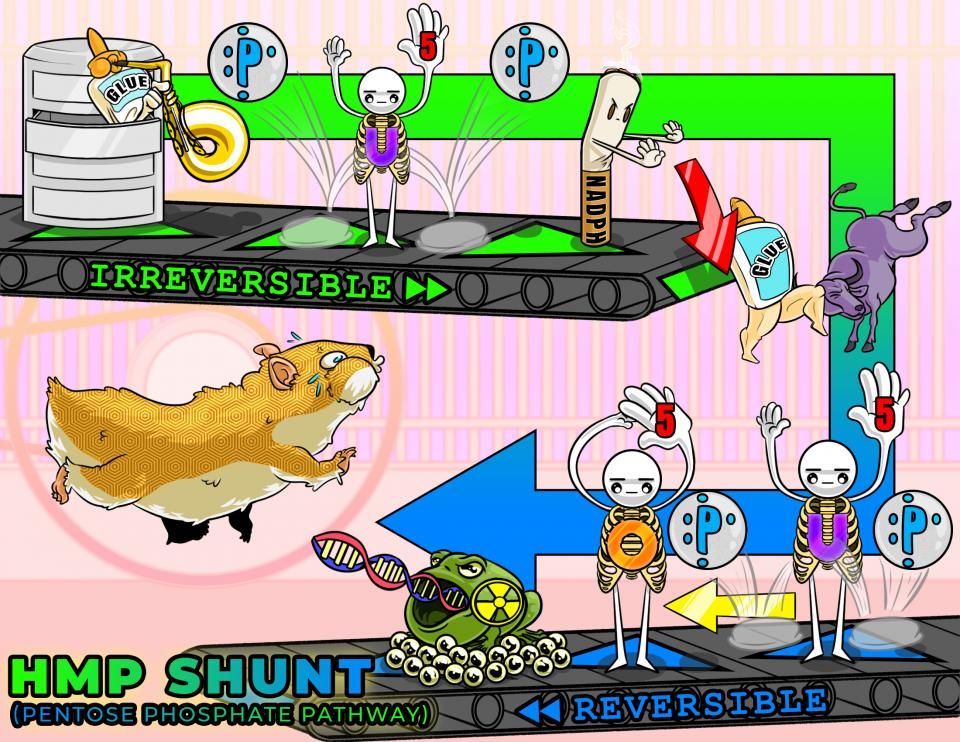 Let’s say you just ate a carbohydrate loaded meal, like a bowl of rice.

A few hours after you’re done, those carbohydrates are broken down in the small intestine into their simplest chemical form; monosaccharides, the most important of which is glucose - a 6-carbon molecule that’s in the shape of a ring.

Glucose moves from the small intestine into the bloodstream, and blood glucose levels rise, which causes the pancreas to secretes a hormone called insulin.

Once glucose is in the cell, an enzyme called hexokinase attaches a phosphate group to its sixth carbon, creating glucose-6-phosphate.

From there, the cell has the option to take glucose through a metabolic pathway called glycolysis; which is the breakdown of glucose in order to generate ATP.

But if the cell doesn’t need ATP, glucose can be used to make some other useful products by entering an alternative metabolic pathway called the pentose phosphate pathway.

The pentose phosphate pathway is named for the products it ultimately generates; pentose refers to a five-carbon sugar called ribose, and phosphate refers to a molecule called nicotinamide adenine dinucleotide phosphate, or NADPH.

So the pentose phosphate pathway is an alternative pathway that glucose can enter when cells need to make more ribose and NADPH.

Ribose can be used to make nucleotides, which are the building blocks of our DNA and RNA.

And NADPH is rich in electrons, and can be used in various anabolic pathways.

Anabolic pathways are ones that synthesize molecules like fatty acids, from scratch, and require an electron donor - such as NADPH.

Like glycolysis, the pentose phosphate pathway happens exclusively in the cytoplasm and it doesn’t require any special organelles which means that all of our cells can use this pathway.

Irreversible means that the reaction can only go in one direction - that is, substrate to product.

On the other hand, reversible means that the reaction can go in both directions, and the substrate and product can be interconverted into one another, depending on what the body needs more.

Oxidation of a molecule means that a molecule donates or loses its electrons - in the form of hydrogens - to another molecule.

This is the rate-limiting step of the pentose phosphate pathway.

The rate-limiting step of any reaction is the step that takes the longest to happen, so it determines the overall rate of the pathway.

But unlike G6PD, this enzyme also removes a carbon from the 6-carbon 6-phosphogluconate and releases it as carbon dioxide, making a 5-carbon sugar called ribulose-5-phosphate.

This marks the end of the oxidative phase, with a total of 2 NADPH molecules created per glucose.

Now, since NADPH is electron-rich, it’s time for it to give back to the cellular community.

So there’s usually a lot of NADPH in tissues that make these molecules, like the liver, the adrenal cortex, the gonads, and the milk-producing breast glands.

In addition to anabolic pathways, NADPH is also a key player for antioxidant reactions.

For example, red blood cells normally produce reactive oxygen species such as hydrogen peroxide as a byproduct of oxygen metabolism.