A newborn screen for a full-term, baby boy revealed elevated serum phenylalanine levels. Screening for which deficiency must be performed in addition to starting treatment? 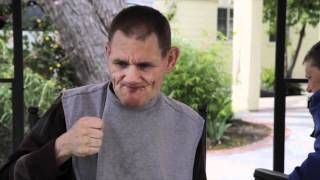 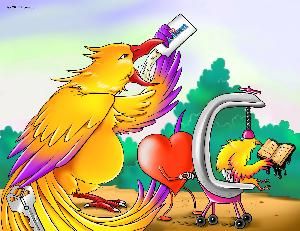 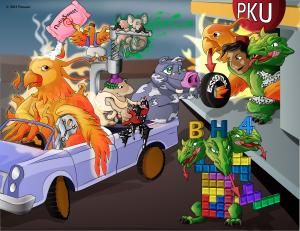 In Phenylketonuria, also called PKU, can be broken down.

“Phenylketone” is a product of the amino acid phenylalanine, and “uria” means a substance present in urine.

So people with phenylketonuria who are untreated, have phenylketones in their urine, and they develop symptoms like intellectual disability, psychiatric disorders, and seizures.

Phenylalanine is one of the essential amino acids, meaning our bodies can't make but must be acquired through food that contains protein.

Since the body can’t store amino acids, any excess amino acids are converted into glucose or ketones and used for energy.

Phenylalanine is converted to tyrosine by phenylalanine hydroxylase enzyme, which needs the co-factor tetrahydrobiopterin to work.

Tyrosine is then used to synthesize various molecules.

It is turned into dopamine, which is a neurotransmitter that neurons use to communicate, norepinephrine and epinephrine, which are also neurotransmitters and hormones used by the sympathetic nervous system, and the pigment melanin, which gives color to the skin, hair, and eyes.

Alternatively, when phenylalanine levels in the blood are high, it gets converted by the enzyme phenylalanine transaminase into phenylketones such as phenylpyruvate, phenyllactate, and phenylacetate.

Phenylketonuria is an autosomal recessive genetic disorder which affects function of the phenylalanine hydroxylase enzyme.

Dietary phenylalanine restriction is determined by the availability of functional enzyme with those individuals with the severe form requiring a protein restriction of less than 10% of a typical diet.

In PKU, the elevated blood phenylalanine levels can change the way the brain functions.

This is because phenylalanine uses the same transporters to get across the blood brain barrier as other amino acids including- tyrosine and tryptophan.

As phenylalanine levels rise, it occupies all the transporters, making it hard for tyrosine and tryptophan to get across the blood brain barrier.