A 61 year-old man presents to his outpatient provider’s office for a health maintenance visit. Apart from mild lower back and right knee pain that worsens with movement and improves with ibuprofen, the patient reports feeling well. Past medical history is notable for hypertension. His body-mass index (BMI) is 31 kg/m2. Physical exam reveals limited range of motion and crepitus in the right knee. There is no tenderness to palpation along the patient’s spine. Laboratory testing results are as follows:

Plasma protein electrophoresis reveals an elevated monoclonal immunoglobulin count. In addition to informing the patient of these findings, which of the following is the next best step in management?
Memory Anchors and Partner Content 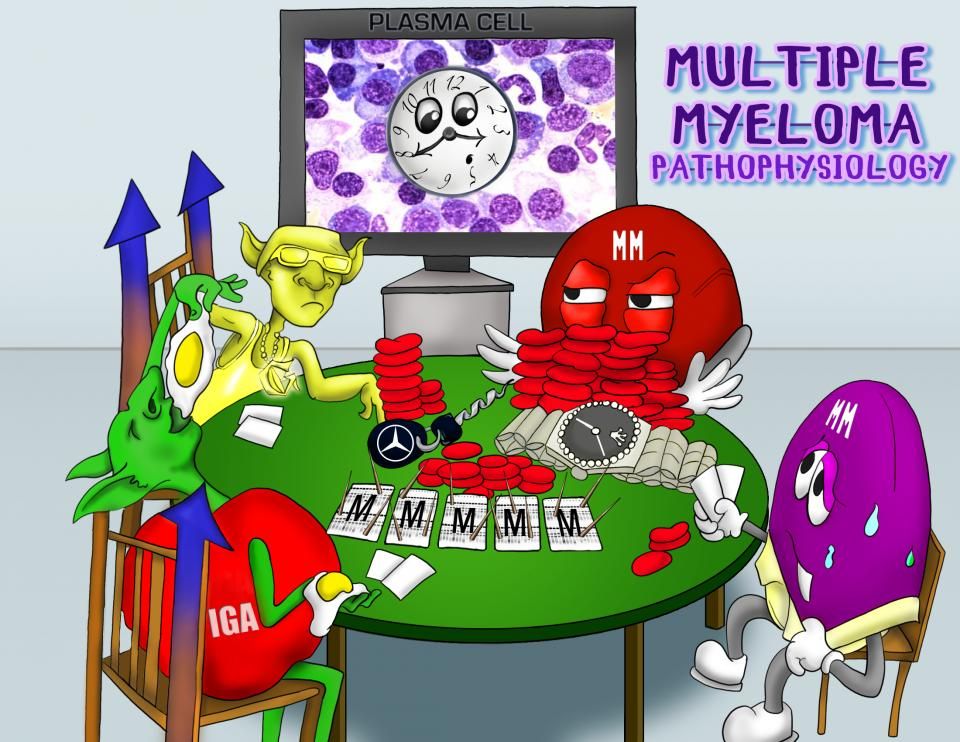 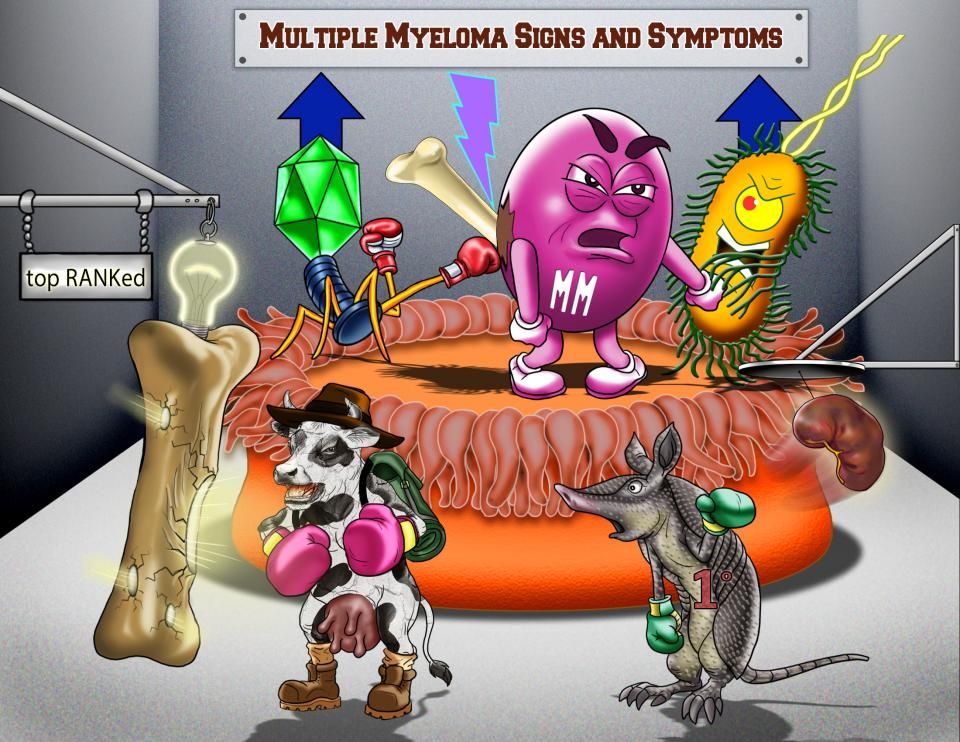 Plasma cell disorders are a group of hematological malignancies that primarily occur in the elderly, and are characterized by unregulated proliferation of plasma cells in the bone marrow.

They include multiple myeloma, monoclonal gammopathy of unknown significance or MGUS, and Waldenström’s macroglobulinemia.

Each of them produces a monoclonal or M-protein, which is a unique protein of a single type, like a protein “clone”.

In multiple myeloma the most common M-protein that’s produced is IgG, followed by IgA - and these M-proteins have both a heavy and light chain.

More rarely, the myeloma cells only make the kappa or lambda light chain of the immunoglobulin, and in that situation, the resulting protein is called the Bence-Jones protein.

The clinical presentation of multiple myeloma can be summarized by the mnemonic CRAB, where “C” is for hypercalcemia resulting from increased osteoclast activity due to the release of osteoclast activating factor from the plasma cells.

“R” is for renal disease, which is generally due to the light chains depositing and obstructing the renal tubules - this is called light chain cast nephropathy or myeloma kidney.

Renal disease can also be due to type two renal tubular acidosis, secondary amyloidosis, or even hypercalcemia.

“A” is for anemia, which causes fatigue and shortness of breath, and is often due to infiltration of the bone marrow by the plasma cells.

And finally, “B” is for bone pain, which is due to increased osteoclast activity causing lytic bone lesions.

Other manifestations include spinal cord compression if the tumor infiltrates from the vertebrae, and infections, because the immunoglobulins produced by the malignant plasma cells are not useful in fighting infections.

Also uric acid levels may be elevated due to increase cell turnover.

Serum and urine protein electrophoresis, or SPEP and UPEP, respectively, are important to see which M protein is predominantly being produced, and is seen as an M-spike.

Serum levels of beta-2 microglobulin are checked in multiple myeloma, because the higher they are, the higher the severity of the disease.

Finally, a bone marrow aspiration and biopsy must be obtained, to look for more than 10% plasma cells which infiltrate into the bone marrow.

Now, three criteria must be met to diagnose multiple myeloma.

First, at least one of the CRAB symptoms.

Second, M-protein in either the urine or serum.

And third, more than 10% plasma cells in the bone marrow.