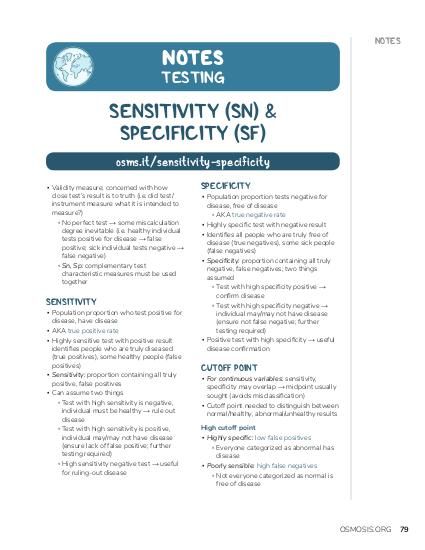 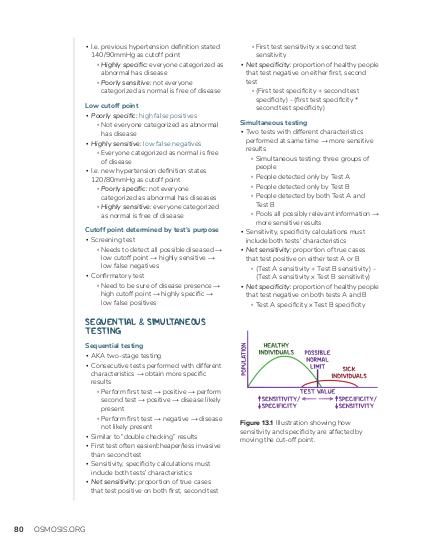 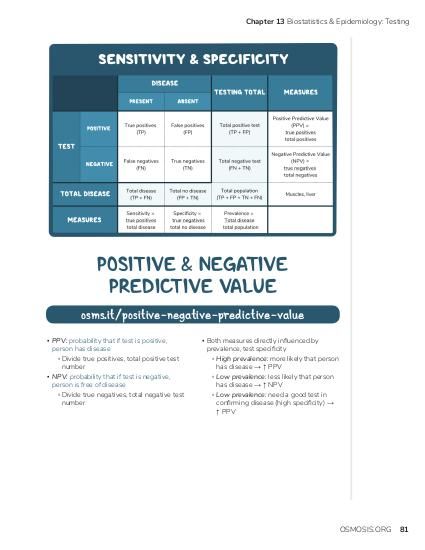 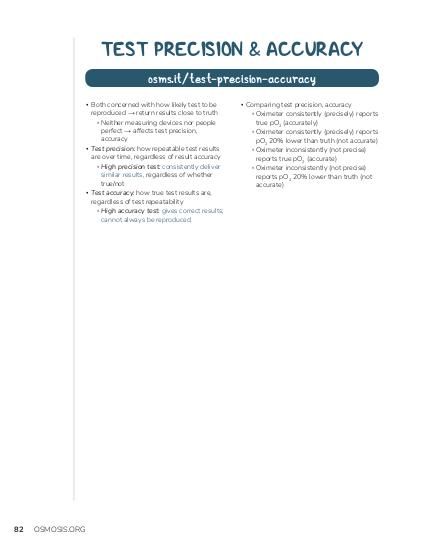 A radiology service at an academic medical center conducted a study regarding lung cancer screening in current smokers. A new low radiation dose computed tomography screening protocol was developed to identify lung nodules as small as one centimeter in greatest dimension. The low dose protocol scan is used in 350 patients being screened for lung nodules. The same patients then underwent traditional high-resolution (high dose) computed tomography. Films were randomized and evaluated by highly trained radiologists. The outcomes for identification of a one centimeter nodule are displayed in the table below. Which of the following represents the positive predictive value of the new low dose protocol in identifying a one centimeter nodule?

Imagine that a person gets the results of a colon cancer screening test.

Let’s take an example to show how it’s possible to measure a test’s predictive value.

We can organize the results using a 2 by 2 table, where the true disease status of the individual is on the top of the box, and the results of the screening test are on the side, and each of the cells is labeled a, b, c, or d.

A true positive would be a person who gets a positive test result and has colon cancer.

A true negative would be a person who gets a negative test result and doesn’t have colon cancer.

A false positive would be a person who gets a positive test result even though they don’t have colon cancer.

And a false negative would be a person who gets a negative test result even though they have colon cancer.

To calculate the positive predictive value, we divide the number of true positives by the total number of people who tested positive - so cell a divided by the sum of cell a and b.

To calculate negative predictive value, we divide the number of true negatives by the total number of people who tested negative - so cell d divided by the sum of cell c and d.

A test with perfect specificity would have 900 true negatives in cell d, because the test would correctly identify everyone who doesn’t have colon cancer, and zero false negatives, in cell c.

In this situation, the positive predictive value would be 64%, because there are 90 people who are true positives - in cell a - and 140 people who tested positively - cell a plus cell b.

The negative predictive value would be 97%, because there are 850 people - in cell d - who are true negatives and 880 people who tested negatively- cell b plus cell d.

Predictive values are commonly confused with sensitivity and specificity.

The main difference between validity and predictive value is that sensitivity and specificity are fixed characteristics of a test.

On the other hand, predictive values are affected by the prevalence of the outcome.

So, imagine we now want to test for colon cancer in a group of 10,000 teenagers.

Colon cancer is rare for teenagers, so let’s say the prevalence is only about 1%, in reality, it would be far lower, but this makes the numbers easier to follow.