A 6-year-old boy is referred to an endocrinologist by his pediatrician due to concerns about the child’s development. The patient’s parents report that he has had pubic, axillary and chest hair growth over the past six months. They note that the child also gained several inches in height over the same period. Currently, the patient is at the 89th percentile for height and 76th percentile for weight. Physical examination reveals coarse pubic, chest and axillary hair. The testes are markedly enlarged without evidence of extra-seminal masses. Which of the following findings is most likely to be found on further evaluation? 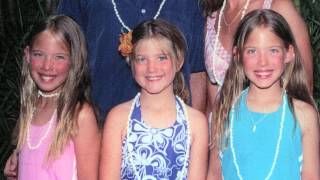 Puberty is the time in an individual’s life when they physically become sexually mature and able to have children. Precocious refers to puberty occurring at an earlier age than the average age among an individual’s peers. Generally, puberty is considered precocious if it begins before the age of 8 in females and the age of 9 in males.

The major sex specific hormones in women are estrogen and progesterone, and they are produced by the ovarian follicles that are scattered on the ovaries. Each ovarian follicle is made up of a ring of granulosa and theca cells surrounding a primary oocyte at its core. Beginning at puberty, theca cells respond to luteinizing hormone by producing androstenedione, an androgen. Then, the granulosa cells respond to follicle stimulating hormone by converting the androstenedione into estrogen and progesterone. Waves of estrogen and progesterone regulate monthly changes to the ovary stroma to promote egg maturation and ovulation, and changes to the uterine wall lining as part of the menstrual cycle.

The Tanner scale, or Tanner stages, is a predictable set of steps that males and females go through as they develop primary and secondary sex characteristics and become sexually mature. The Tanner scale centers on two independent criteria: the appearance of pubic hair in both sexes; and the increase in testicular volume and penile size and length in males, and breast development in females. There are five stages. In stage 1, the prepubertal stage, no pubic hair is present in either sex. Males have a small penis and testes. Females have a flat chest. In stage 2, pubic hair appears; there is a measurable enlargement of the testes; and breast buds appear. In stage 3, pubic hair becomes coarser; the penis begins to enlarge in both size and length; and breast mounds form. In stage 4, pubic hair begins to cover the pubic area; the penis begins to widen; and breast enlargement continues to form a “mound-on-mound” contour of the breast. In stage 5, pubic hair extends to the inner thigh; the penis and testes have enlarged to adult size; and the breast takes on an adult contour.

Precocious puberty is when a child starts progressing through the Tanner scale before 95% of other children that age. Generally, that means that puberty has started before the age of 8 in females and 9 in males. Precocious puberty is usually due to a central or peripheral problem.

Precocious puberty, also known as early puberty, refers to the occurrence of secondary sexual characteristics in children before the age of 8 in girls and before the age of 9 in boys. In some children, early development is triggered by a disease such as a tumor or injury of the brain. Precocious puberty can also be a result of other pathologies such as pinealoma, McCune-Albright syndrome, and 21-hydroxylase deficiency. Treatment for precocious puberty usually involves hormone therapy or medications to suppress the early activation of the hypothalamic-pituitary-gonadal axis.