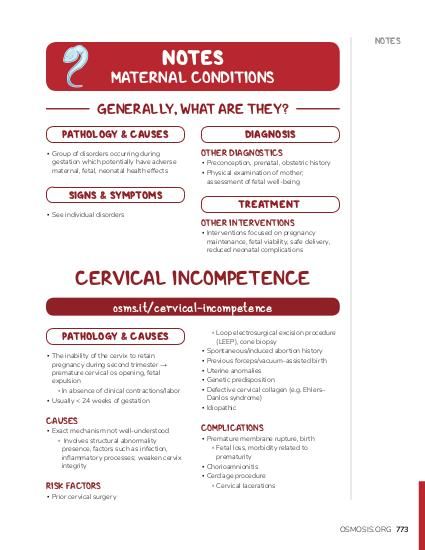 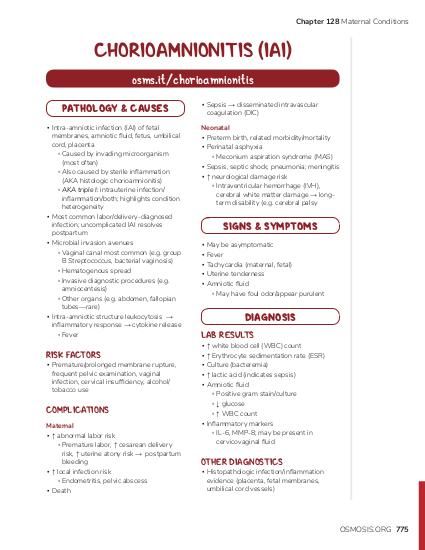 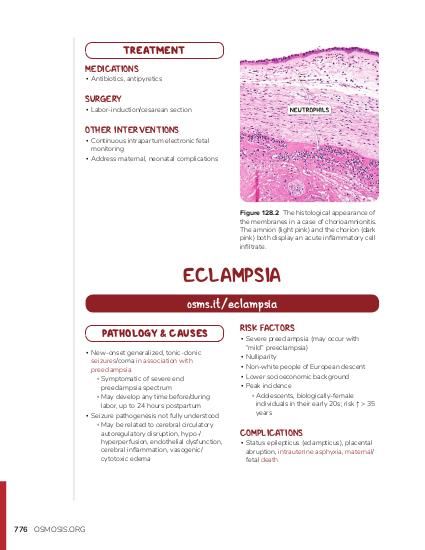 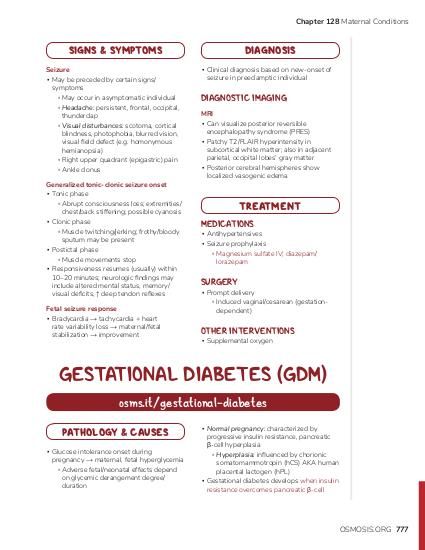 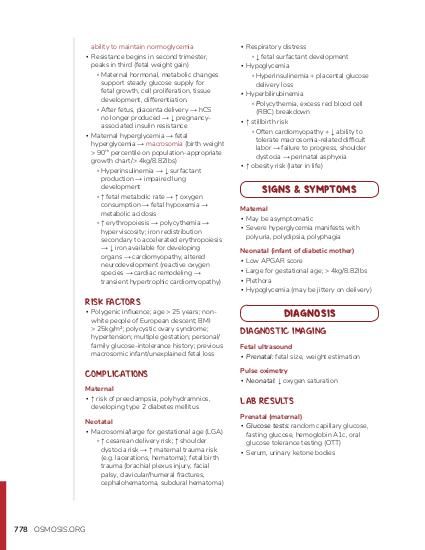 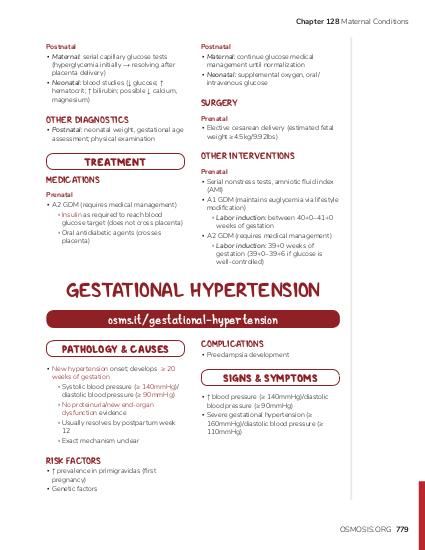 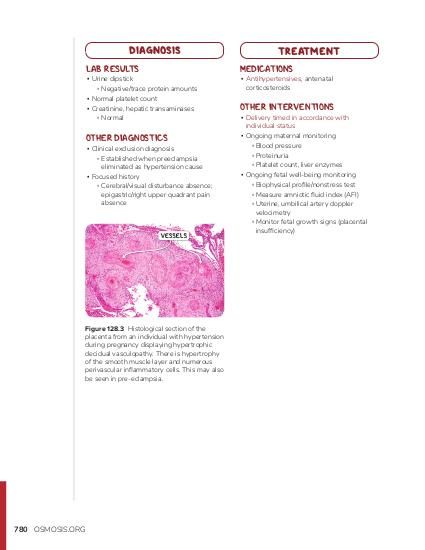 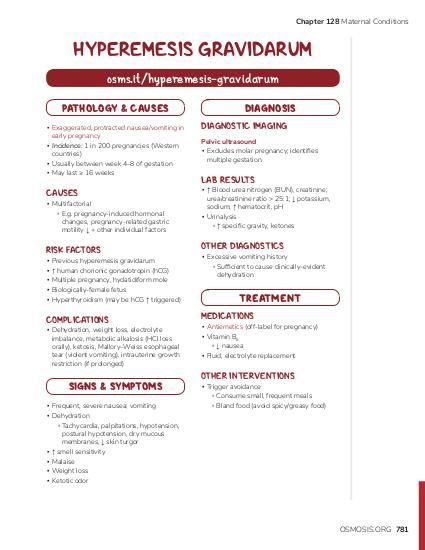 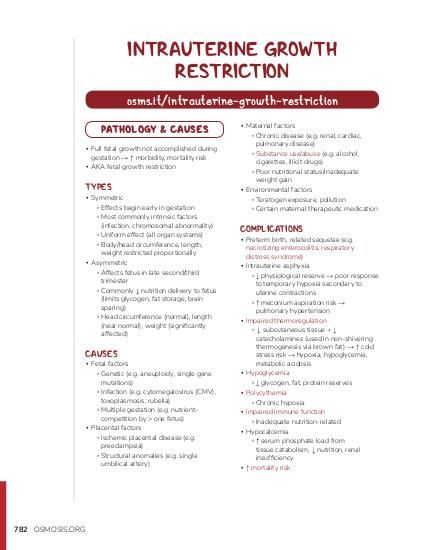 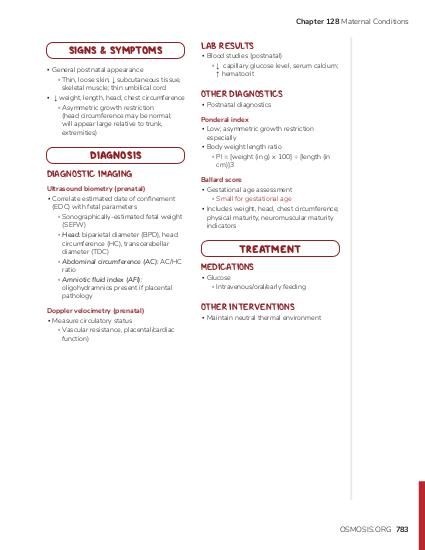 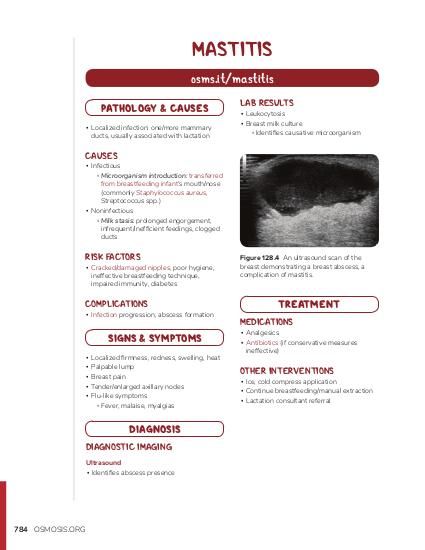 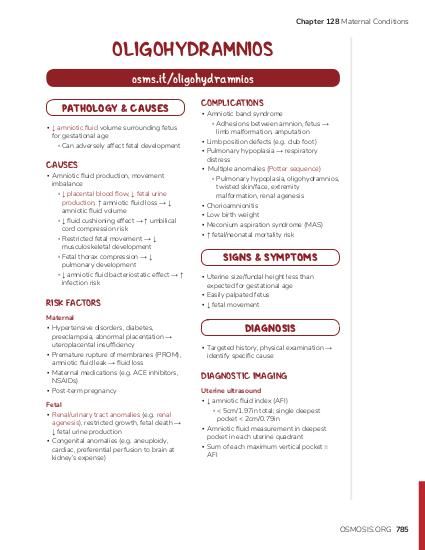 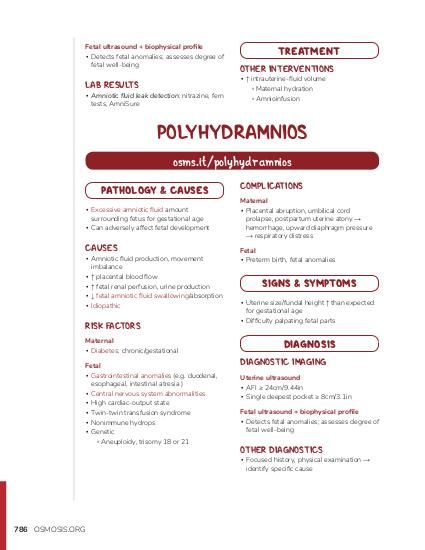 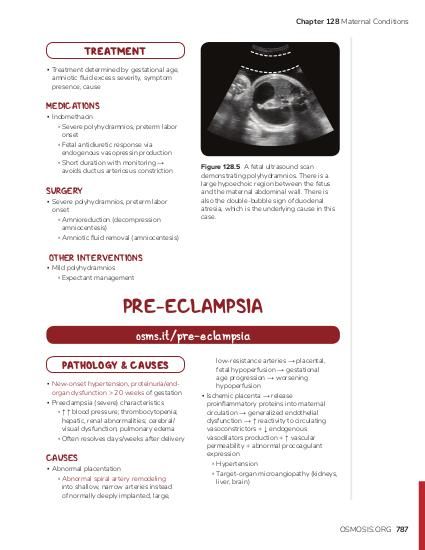 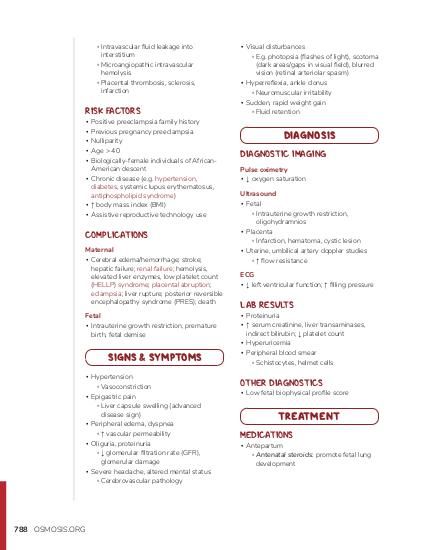 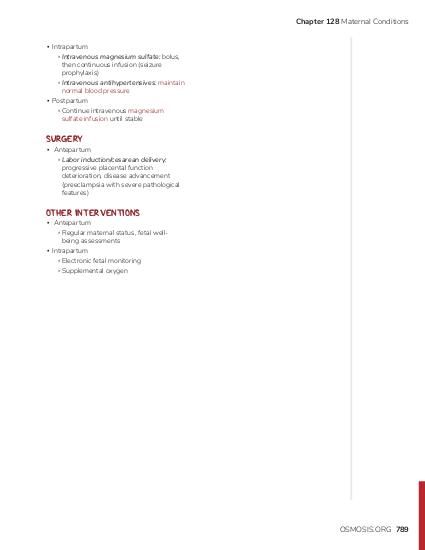 A 32-year-old woman is brought to the emergency department by ambulance after having a seizure. She is 36 weeks pregnant and has no significant past medical history. Her husband says that she seized for two minutes and she reports that she has never had a seizure before. Her pregnancy has been uncomplicated thus far but she reports that she has had a headache for the last few days that has not been alleviated by acetaminophen. Physical examination shows her blood pressure is 140/100 mm Hg. Urinalysis shows 2+protein. Complete blood count, electrolytes, and liver function tests are within normal limits. Which of the following is the most likely diagnosis? 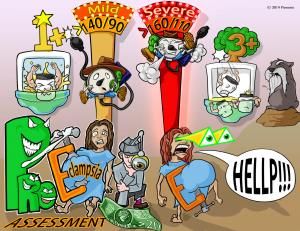 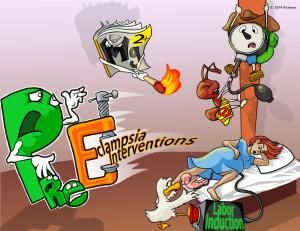 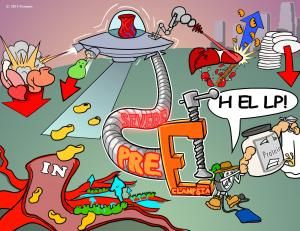 Preeclampsia is a disorder that only happens in pregnant women, and it happens after 20 weeks’ gestation, and in some cases develops up to 6 weeks after delivery.

Preeclampsia causes new-onset hypertension and proteinuria, which is a marker of kidney damage, and can also cause damage to other organs like the brain and liver.

There can be a wide range of symptoms. For some women there may be no symptoms or only mild ones, whereas for others, it can turn into a life-threatening illness.

If a woman with preeclampsia develops seizures, she is then said to have eclampsia.

Preeclampsia tends to occur more often during a first pregnancy, in pregnancies with multiple gestations, or in mothers 35 years or older.

Other risk factors include having hypertension, diabetes, obesity, or a family history of preeclampsia.

Alright, but why do these changes happen in preeclampsia and eclampsia?

Well, the exact cause is unclear, but a key pathophysiologic feature though is the development of an abnormal placenta.

Normally, during pregnancy, the spiral arteries dilate to 5-10 times their normal size and develop into large uteroplacental arteries that can deliver large quantities of blood to the developing fetus.

In preeclampsia, these uteroplacental arteries become fibrous causing them to narrow, which means less blood gets to the placenta.

A poorly perfused placenta can lead to intrauterine growth restriction and even fetal death in severe cases.

These then get into the mother’s circulation and cause the endothelial cells that line her blood vessels to become dysfunctional.

Endothelial cell dysfunction causes vasoconstriction—narrowing of the blood vessels—and also affects the kidneys in a way that makes them retain more salt, both of which result in hypertension.

These extreme blood pressures can lead to a hemorrhagic stroke or placental abruption, which the placenta detaches prematurely from the uterine wall.

Now, there can also be local areas of vasospasm, which means that less blood might reach certain parts of the body.

For example, reduced blood flow to the kidneys, which are particularly susceptible, can cause glomerular damage leading to oliguria—which is abnormally low amounts of urine, as well as proteinuria.

Normally, the glomeruli of the kidneys do a good job of preventing protein from spilling into the urine, so proteinuria can be a sign of glomerular damage and is a classic sign of preeclampsia.