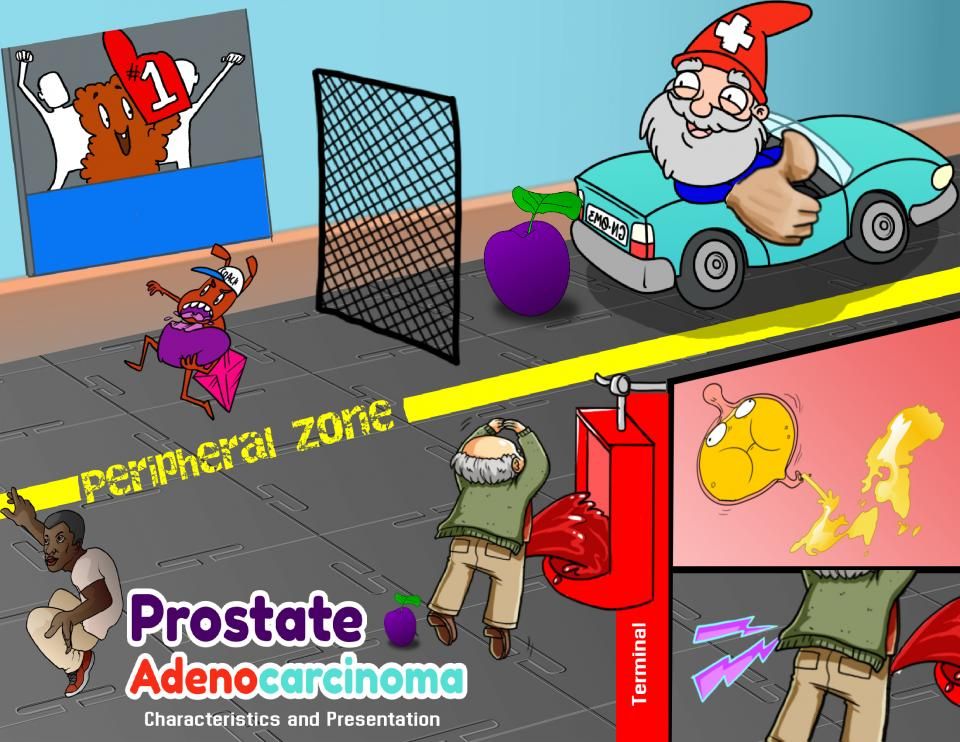 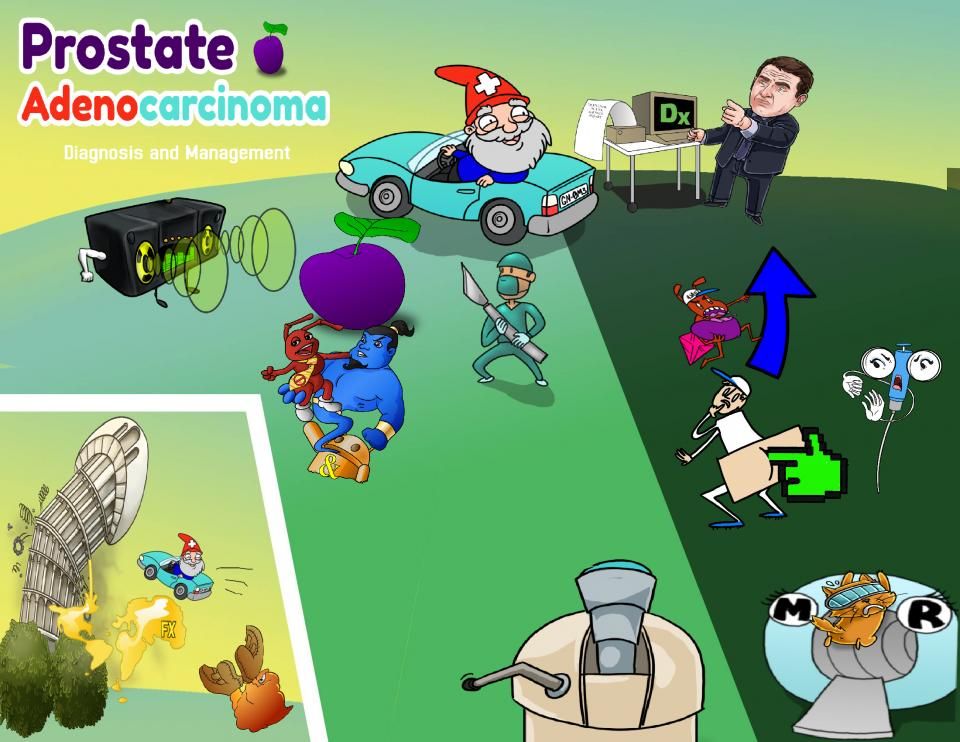 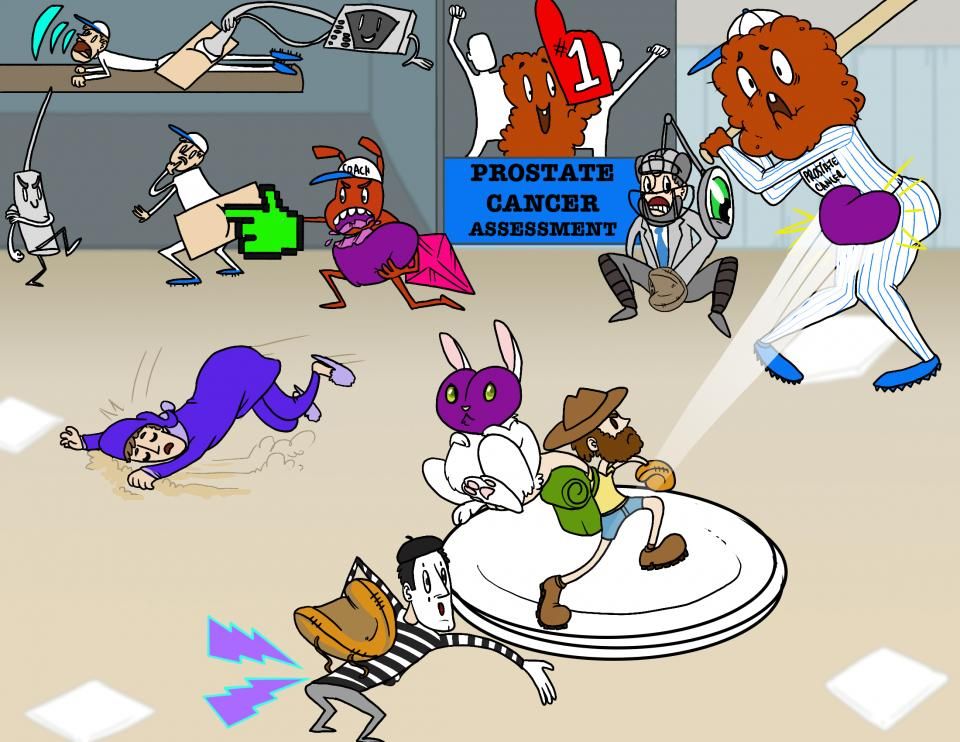 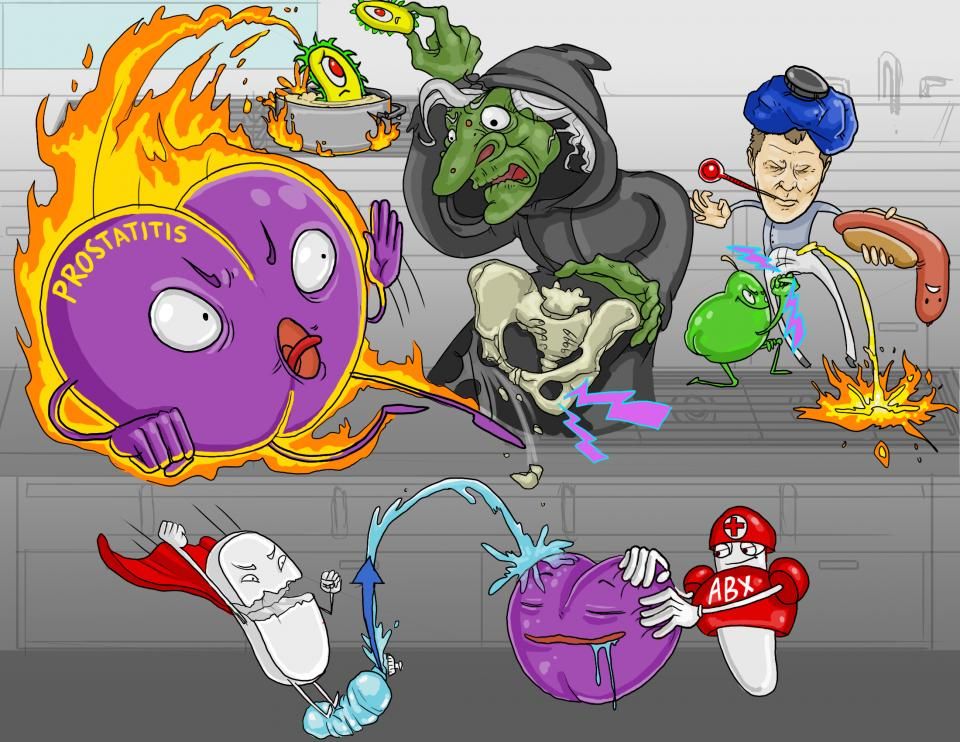 When these nodules or the prostate tissue itself compress the prostatic urethra, it becomes more difficult for urine to pass though, leading to a weak and inconsistent stream of urine, called dribbling. Since the prostate sits just below the bladder, when it’s enlarged, it can cause bladder outflow obstruction. Also the person might have to strain when urinating to overcome the obstruction, have pain during urination called dysuria, or trouble initiating and stopping urination called hesitancy. So the urine builds up in the bladder causing it to dilate, creating a constant sense of incomplete bladder emptying and overflow incontinence. In response, the smooth muscle walls of the <a href="/lear