A 45-year-old woman presents to the clinic with flank pain, malaise, and weight loss over the past several weeks. She states, “I just have no appetite for anything these days.” She has a history of recurrent urinary tract infections and several episodes of nephrolithiasis. Her temperature is 38°C (100.4°F), pulse is 94/min and blood pressure is 154/62 mmHg. Physical examination shows a palpable left sided flank mass. She subsequently undergoes a biopsy of the mass with the following histologic finding demonstrated below:

Which of the following pathogens is most commonly implicated in this disease process? 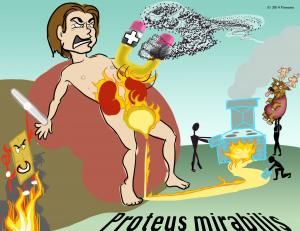 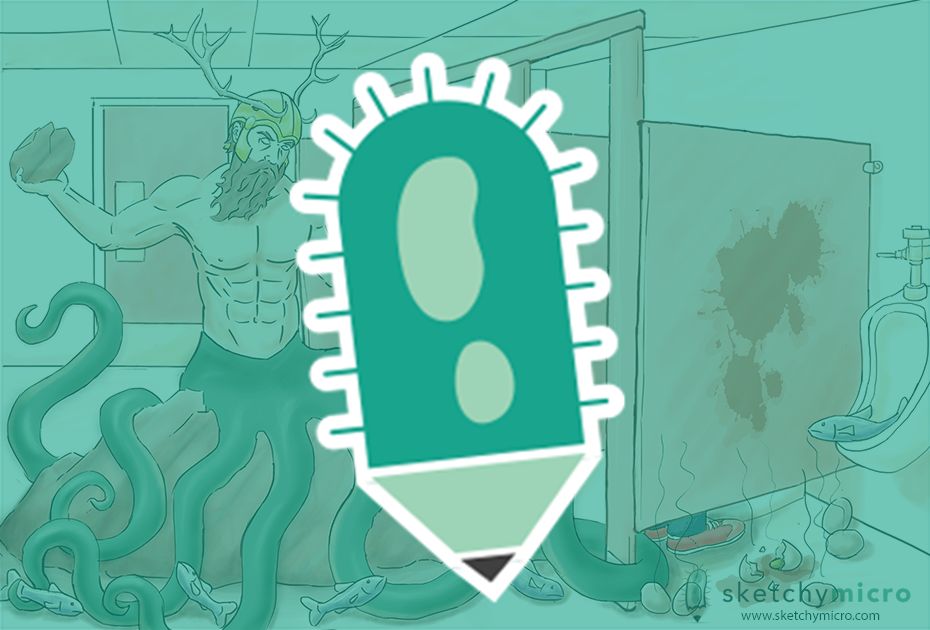 Proteus mirabilis is a Gram-negative bacillus which belongs to a family of bacteria called the Enterobacteriaceae.

It is widely distributed in soil and water and can also be found in the normal human intestinal flora.

In humans, it causes urinary tract infections, or UTIs for short.

Now, Proteus mirabilis has a thin peptidoglycan layer, so it doesn’t retain the crystal violet dye during Gram staining. Instead, like any other Gram-negative bacteria, it stains pink with safranin dye.

Now, it grows well on blood agar and MacConkey agar.

On blood agar, it has a swarming growth, so it moves and forms a thin filmy layer of concentric circles, which look like the ripples after you throw a rock into a lake.

On MacConkey agar, however, it doesn’t swarm so it forms smooth, pale or colourless colonies.

Proteus mirabilis produces hydrogen sulfide, that reacts with the iron, and a black precipitate forms in the test tube.

Ok, now Proteus mirabilis has a number of virulence factors, that are like assault weaponry that help it attack and destroy the host cells, and evade the immune system.

First, Proteus mirabilis has flagella, which are lash-like appendages that comes out from the cell body, and confer the bacteria its motility.

Now, when Proteus mirabilis comes in contact with solid surfaces, especially urinary catheters, it has the ability to differentiate from short swimmer cells into elongated swarm cells that express hundreds to thousands of flagella, and interact with each other to form multicellular rafts.

This process is known as swarming motility and it helps the bacteria migrate along the catheter surface.

If the catheter is introduced in a person’s urinary tract, the bacteria is inoculated and it uses its flagella to ascend from the bladder to the kidneys and come in close contact with the uroepithelial cells lining the urinary tract.

Once there, it uses its fimbriae, which are tiny projections on the bacterial surface, and attach to the cells.

After attaching, it makes a hemolysin, which cause formation of tiny holes in the cell membrane, leading to cell damage.

Additionally, Proteus mirabilis produces a ZapA protease, a toxic protein that can destroy immunoglobulin A, or IgA and immunoglobulin G, or IgG. IgA and IgG are immune system proteins that normally opsonizes invading bacteria, meaning it tags them so neutrophils can recognize and destroy them.

So ZapA protease neutralizes the first line of defense.

Finally, in the urinary tract, Proteus can also use urease to convert the urea that’s normally present in urine to ammonia and carbon dioxide.

Alkaline urine promotes the precipitation of phosphate, calcium and magnesium which can combine with ammonium to form struvite stones, that often form large staghorn renal calculi, or kidney stones.