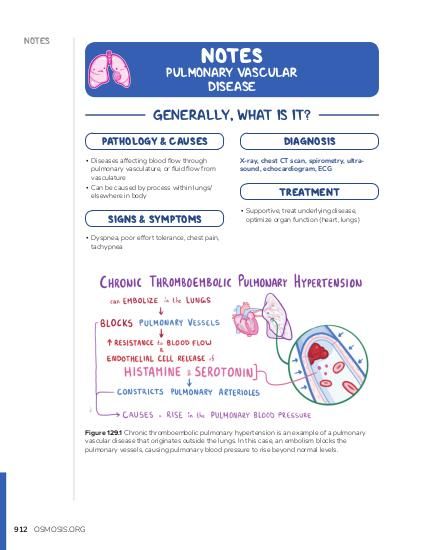 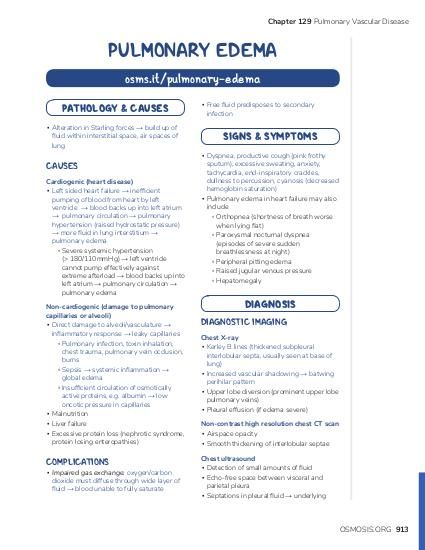 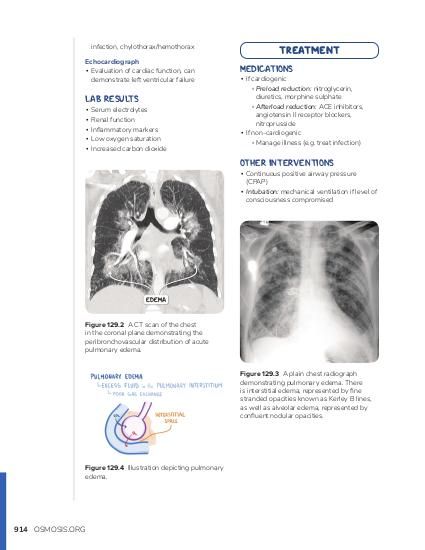 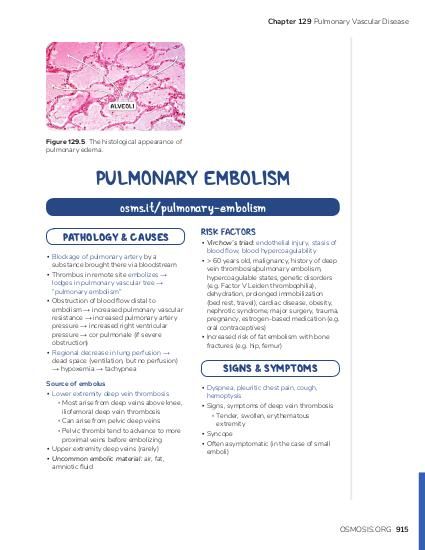 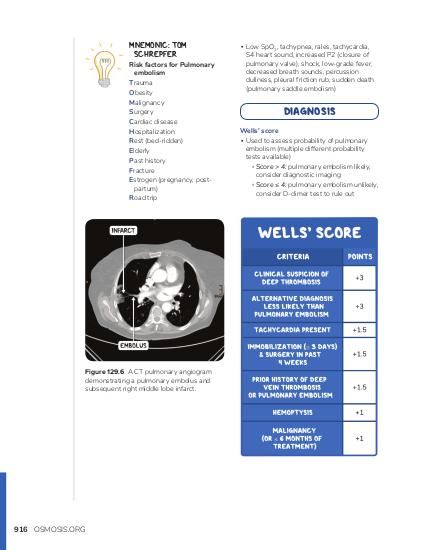 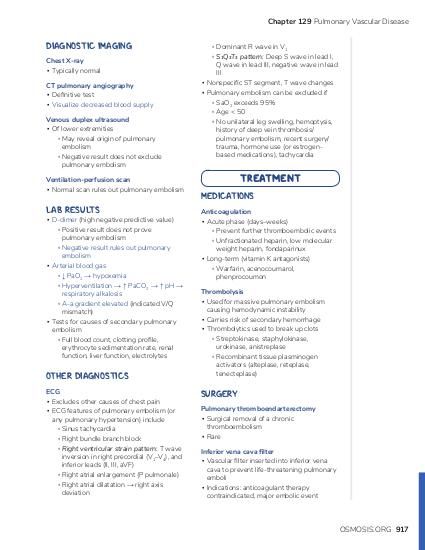 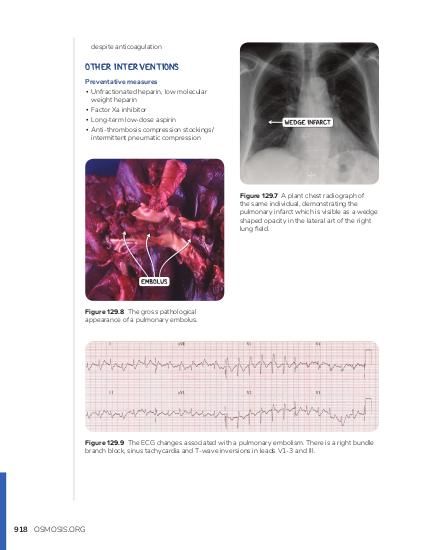 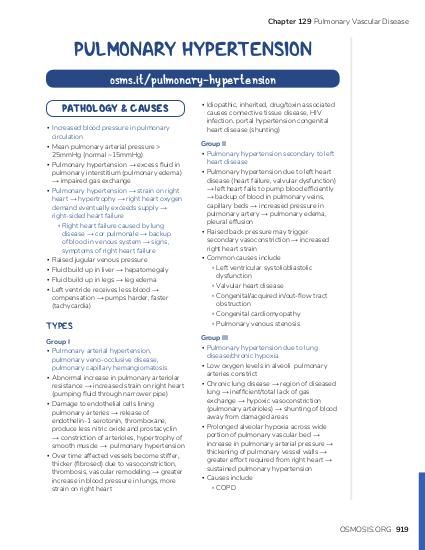 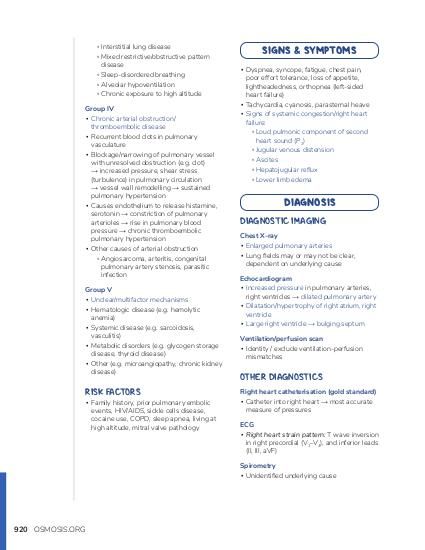 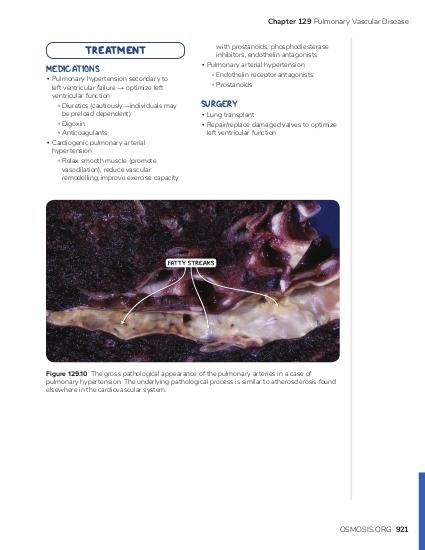 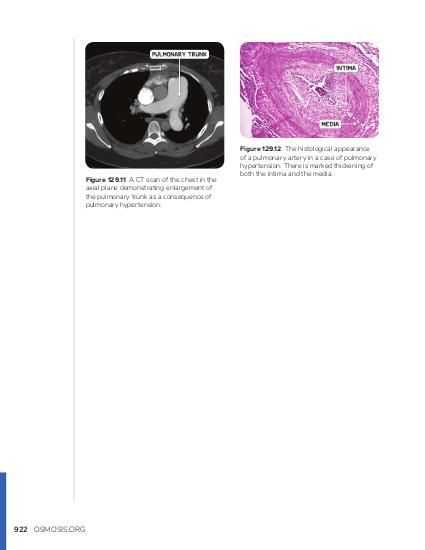 A 74-year-old Caucasian woman presents to her family doctor with a 1-day history of tarry, black stools. She is somewhat confused, but says she has passed multiple bowel movements with this appearance in the last 24 hours. Her past medical history is significant for atrial fibrillation, for which she takes warfarin. Her laboratory results demonstrate an INR of 10.1 and a hemoglobin value within the normal range. Her family doctor, suspecting an upper gastrointestinal bleed, sends the patient to hospital. In the hospital, she is administered vitamin K, coagulation factors, and fresh frozen plasma. Four hours later, the patient develops chest pain and dyspnea. Her chest X-ray is pictured below.


Which of the following is the most likely cause for her shortness of breath?

Pulmonary edema refers to the buildup of fluid in the lungs including the airways like the alveoli - which are the tiny air sacs - as well as in the interstitium, which is the lung tissue that’s sandwiched between the alveoli and the capillaries.

This space is mostly full of proteins, and when it starts filling up with fluid, it can make it hard for oxygen to cross over from the alveoli into the capillary, leaving the body hypoxic - or deprived of oxygen.

To understand pulmonary edema, let’s first talk about the three main factors that determine how fluid moves between the capillaries and interstitial fluid, which are the hydrostatic pressure, oncotic pressure and capillary permeability.

Hydrostatic pressure refers to the pressure felt by fluid in a confined space, pushing the fluid out of that space.

So, to be clear, if hydrostatic pressure was the only factor involved, a lot of fluid would be continuously leaking out of the pulmonary capillaries into the lung’s interstitial space.

The next factor, though, is oncotic pressure; which is a type of osmotic pressure exerted by cells and proteins that can’t cross the capillary membrane and therefore tend to attract fluid.

The oncotic pressure is higher in the pulmonary capillaries than in the interstitial fluid, so it opposes the hydrostatic pressure.

Finally, there’s capillary permeability or leakiness which affects how easily fluid is actually able to get through.

When taking these three factors together, the net result is that a very small amount of fluid leaks into the interstitial space, and that fluid is normally whisked away by the lymphatic channels in the lungs, which keeps the lungs free of excess fluid.

Now, the underlying cause of pulmonary edema can be cardiogenic - meaning that it develops as a result of a heart disease, or can be non-cardiogenic which typically involves damage to the pulmonary capillaries or alveoli.

The most common cardiogenic cause is left-sided heart-failure, and in left-sided heart failure, the left ventricle becomes unhealthy and can’t pump effectively, which means that blood starts to backup in the left atrium, and then the pulmonary veins and pulmonary capillaries.

The extra blood in the pulmonary capillaries causes pulmonary hypertension - which is an increase in the hydrostatic pressure of the pulmonary blood vessels, and this pushes more fluid into the interstitial space of the lungs which leads to pulmonary edema.

Another cardiogenic cause is severe systemic hypertension - specifically a blood pressure that is greater than 180 systolic or 110 diastolic. In this situation, the left ventricle is healthy but simply can’t effectively pump blood in a system with such high afterload - in other words, under conditions with such high systemic pressures.

Noncardiogenic causes of pulmonary edema include things like pulmonary infections, inhalation of toxic substances, and trauma to the chest.

All of these can cause direct injury to the alveoli, and when this happens there is usually an inflammatory process that makes nearby capillaries more permeable. As a result, proteins and fluid enter the interstitial space.

Another cause is sepsis, and the key difference is that in sepsis the inflammatory process happens throughout the body rather than just in the lungs, so in addition to pulmonary edema, sepsis can cause extra fluid in the interstitial space of tissues throughout the body.

Another category of non-cardiogenic causes is having low oncotic pressure.