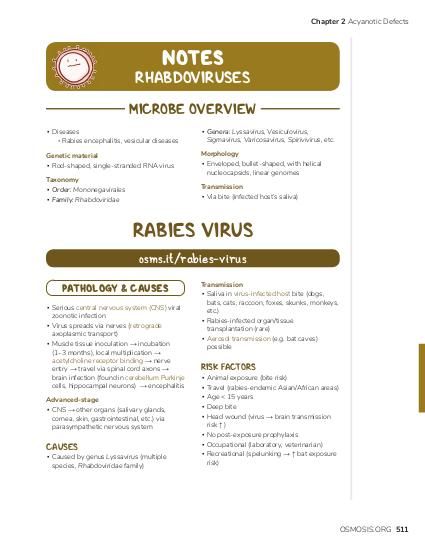 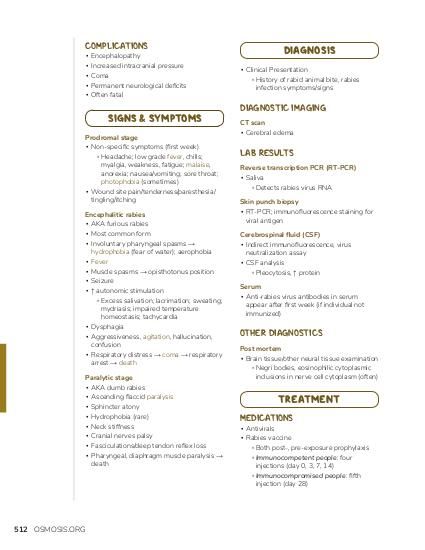 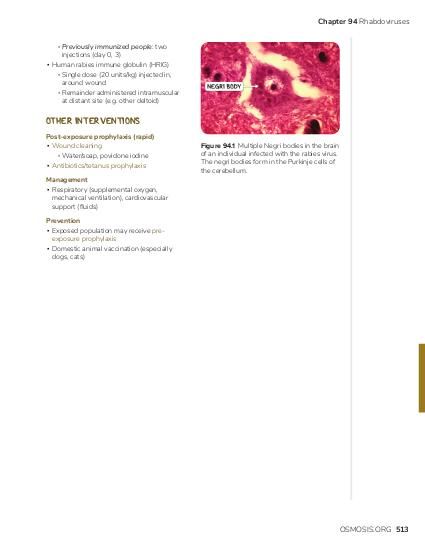 A 40-year-old man comes to the emergency department because of a 5-day history of fever, diplopia, slurred speech, myoclonic jerks, and hypersalivation. His temperature is 39.0°C (102.0°F), pulse is 103/min, respirations are 19/min, and blood pressure is 195/100 mm Hg. He was bitten by a racoon 4 months ago. Laboratory studies show an elevated ESR.  A CT scan of the brain is unremarkable and an EEG shows diffuse abnormalities consistent with metabolic encephalopathy. Samples of the patient's saliva and skin are sent for polymerase chain reaction (PCR) and direct fluorescent antibody. Which of the following is a characteristic of the most likely causal organism? 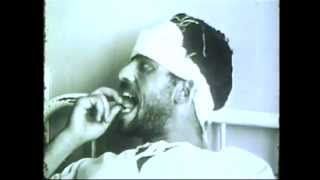 [RARE] Rabies in a human 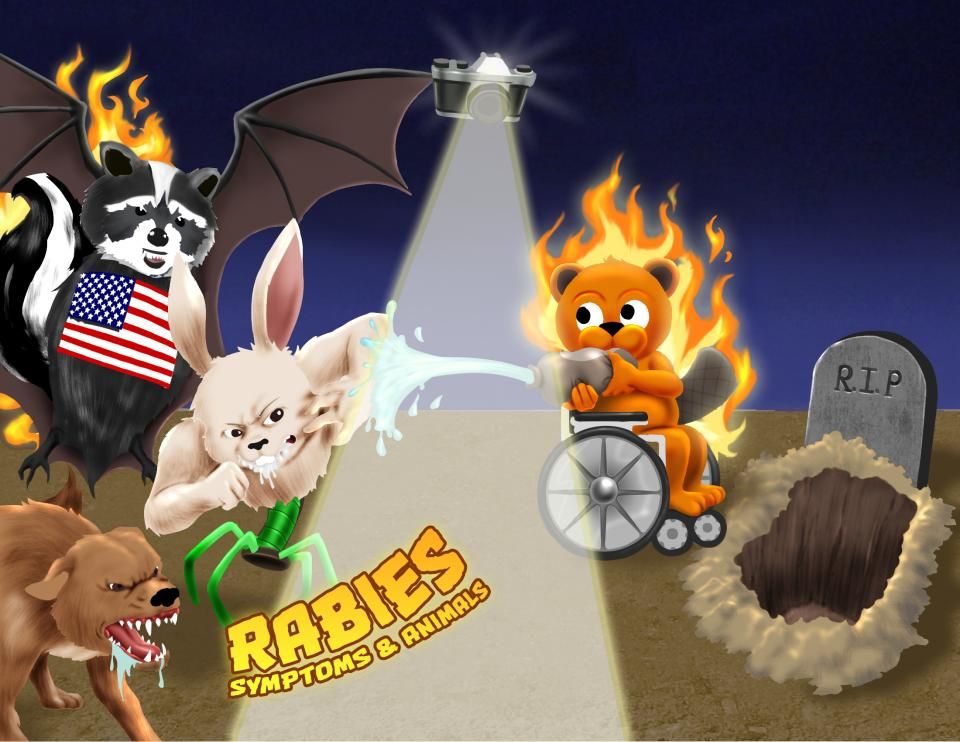 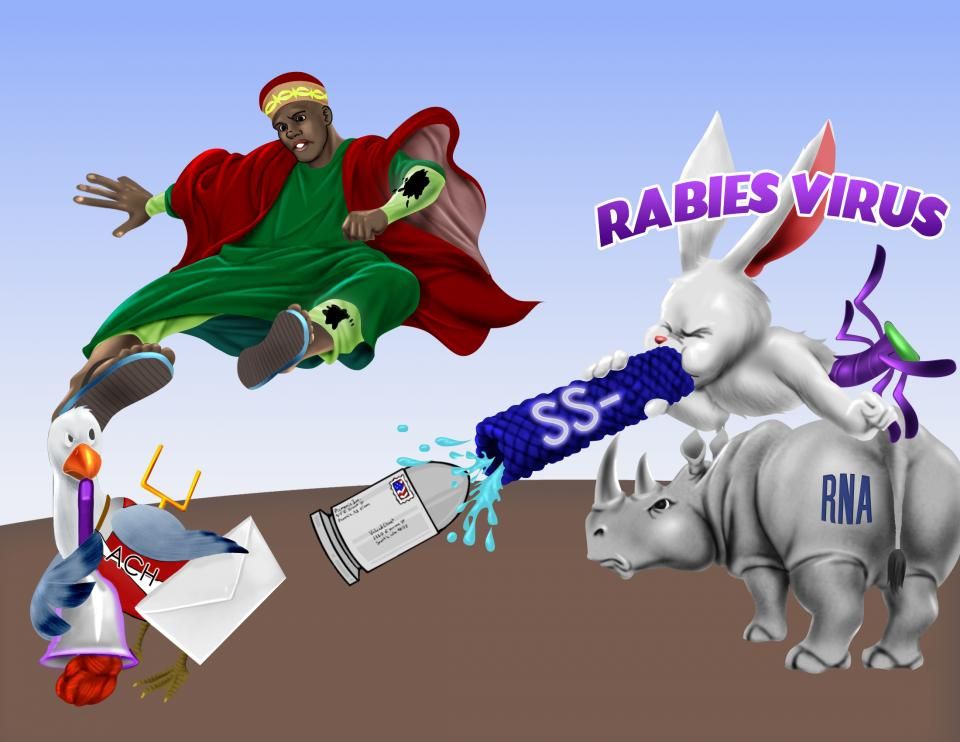 It’s a viral infection transmitted by infected animals, like dogs and bats, and once symptoms develop, it’s usually fatal.

The rabies virus is part of the rhabdoviridae family of viruses.

All rhabdoviruses are single-strand RNA viruses surrounded by a helical capsid, or a helix-shaped protein layer, all within a distinct bullet-shaped outer envelope, which is covered in glycoprotein spikes.

They’re also negative sense RNA viruses, which means that before it can be used to make proteins their genetic material has to be transcribed into mRNA.

And these viruses carry their own RNA polymerase to do just that.

To understand how rabies works, first let’s look at the human nervous system.

Neurons, the main cells of the nervous system, have nerve fibers that extend out from the neuron cell body- these are either dendrites that receive signals from other neurons, or axons that send signals along to other neurons.

Some synapses allow neurons to relay signals to other types of cells, like the neuromuscular junction where motor neurons innervate muscle cells by releasing the neurotransmitter acetylcholine.

Rabies most frequently enters the body via animal saliva from a bite, but sometimes it can be caught from air droplets, like in a bat cave.

Then, the glycoprotein spikes on its envelope bind to the nicotinic acetylcholine receptors on the plasma membrane of muscle cells, allowing the virus to enter the muscle cells.

But rabies really prefers neurons to muscle cells, so it crosses the neuromuscular junction and enters motor neurons, where it replicates.

Then, it uses dynein, a motor protein found in the neuron’s cytoplasm, to slowly move a few millimeters each day in a retrograde direction up peripheral nerves - meaning towards the central nervous system.

When it reaches the CNS, it invades the brain and spreads to other structures, like the salivary glands.

On microscopy, CNS cells infected with rabies have inclusion bodies, which are basically little intracellular sacs full of viral proteins.

With rabies, they’re called Negri bodies, after the pathologist who discovered them, and they’re usually found in the cell body of Purkinje cells of the cerebellum and the pyramidal cells of the hippocampus.

They are eosinophilic, meaning they can be stained with an eosin dye, making them dark pink.

Now the stereotype of rabies transmission is catching it from a dog bite, which is still the norm in developing countries, but in developed regions it’s usually transmitted by wildlife, particularly bats, raccoons, skunks, and foxes.