A 67-year-old Caucasian woman comes to the office for a routine medical examination. Her medical history is relevant for major depressive disorder, esophageal dysmotility, and severe hypertension. She currently takes lisinopril and escitalopram. Upon medical interrogation, the patient complains that whenever she washes the dishes with cold water, her fingers turn white and become very painful. Her physical examination shows a puffy face without wrinkles, and fingertip pitting in her hands. Her temperature is 36.5°C (97.6°F), pulse is 64/min, respirations are 17/min, blood pressure is 110/70 mmHg. Laboratory studies show positive anticentromere antibodies, U3-RNP antibodies, and anti-RNA polymerase antibodies, and negative anti-Scl 70 and P-ANCA. Which of the following is the most appropriate initial treatment for this patient's major complaint? 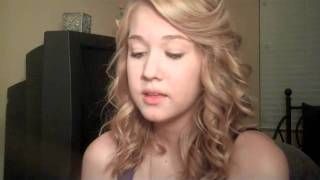 Raynaud phenomenon is a phenomenon where there’s vasoconstriction of arteries near the skin that make a body part, often the fingers, turn white, then blue, and then red in response to a trigger like cold weather.

The phenomenon is named after Auguste Gabriel Maurice Raynaud, a French physician, who first described it.

Normally blood flows from large arteries into medium-sized or muscular arteries, and then into small arterioles which carry the blood to capillary beds.

All arterial vessels have three layers: from inside moving out, there’s the endothelium, then the media layer which contains smooth muscle, and finally the adventitia layer which has loose connective tissue and nerves.

Some nerve fibers in the skin function as thermoreceptors, which sense changes in temperature.

When stimulated, they cause the nerve to fire, sending signals up through the spinal cord to the hypothalamus, which is at the base of the brain.

The hypothalamus serves as the body’s thermostat because it coordinates the brain’s response to temperature changes.

The hypothalamus is what triggers the thought – “Hey, it’s pretty cold here. Maybe I should find a friendly llama to snuggle with for warmth.”

The hypothalamus also coordinates changes in the sympathetic and parasympathetic nervous system.

For example, normally, there’s a lot of heat energy in the blood, that gets lost to the environment.

When the sympathetic nervous system gets stimulated it causes contraction of smooth muscle that wraps around arterioles causing vasoconstriction and a reduction of blood flow to the skin.

That shunts blood away from the skin and towards the body’s core or organs where less heat energy is lost.

In Raynaud phenomenon, triggers like the cold or even emotional stress cause sympathetic nerves in the walls of arterioles to get overstimulated, and that makes the arterioles vasoconstrict.

If the vasoconstriction happens briefly or intermittently it’s called vasospasm.

When the arterioles vasoconstrict it dramatically decreases blood flow to downstream tissue.

For example, if there’s vasospasm in the arterioles in the fingers, it causes the fingers to turn white reflecting ischemia, then blue reflecting hypoxia, which is the low oxygen state that occurs after prolonged ischemia.