A 58-year-old woman comes to the clinic complaining of headaches, palpitations, and muscle pain for the last 2 months. The patient’s medical history is non-contributory, and she is not currently taking any medications. The patient’s temperature is 37°C (98.6°F), pulse is 80/min, respirations are 16/min, and blood pressure is 186/92 mmHg. The physician prescribes lisinopril 10 mg and recommends a follow up in one month. One month later, the patient returns to the clinic with persistent symptoms. Upon further questioning, the patient admits to consumption of five cups of Egpytian licorice tea daily for the past six months. Laboratory tests are obtained, and the results are shown below:

Which of the following enzymes is most likely inhibited in this patient?
Memory Anchors and Partner Content 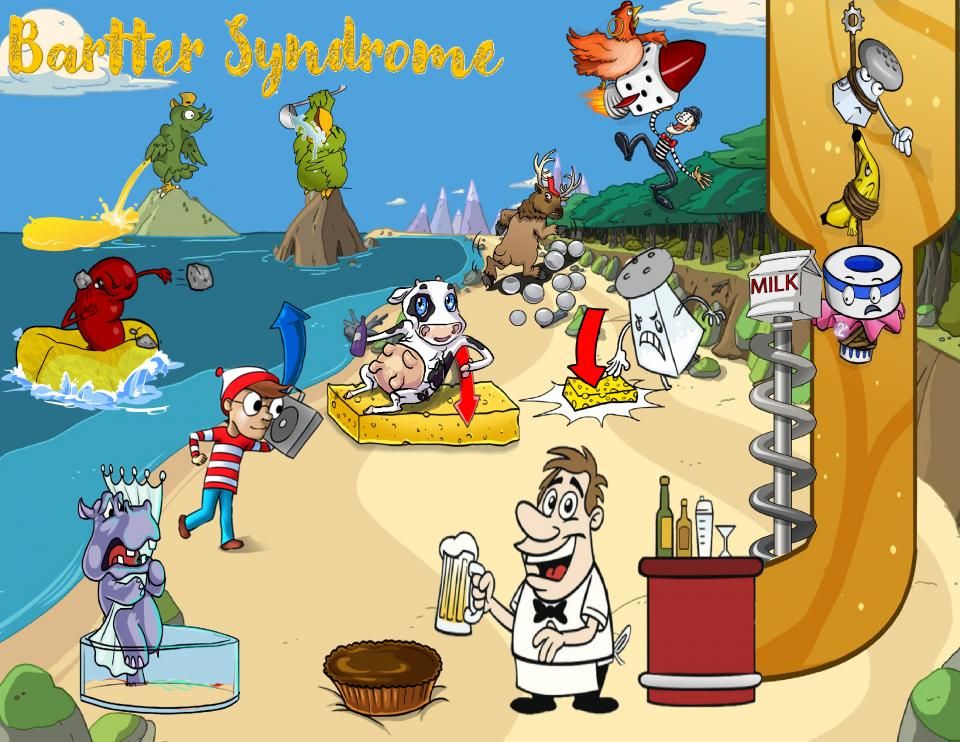 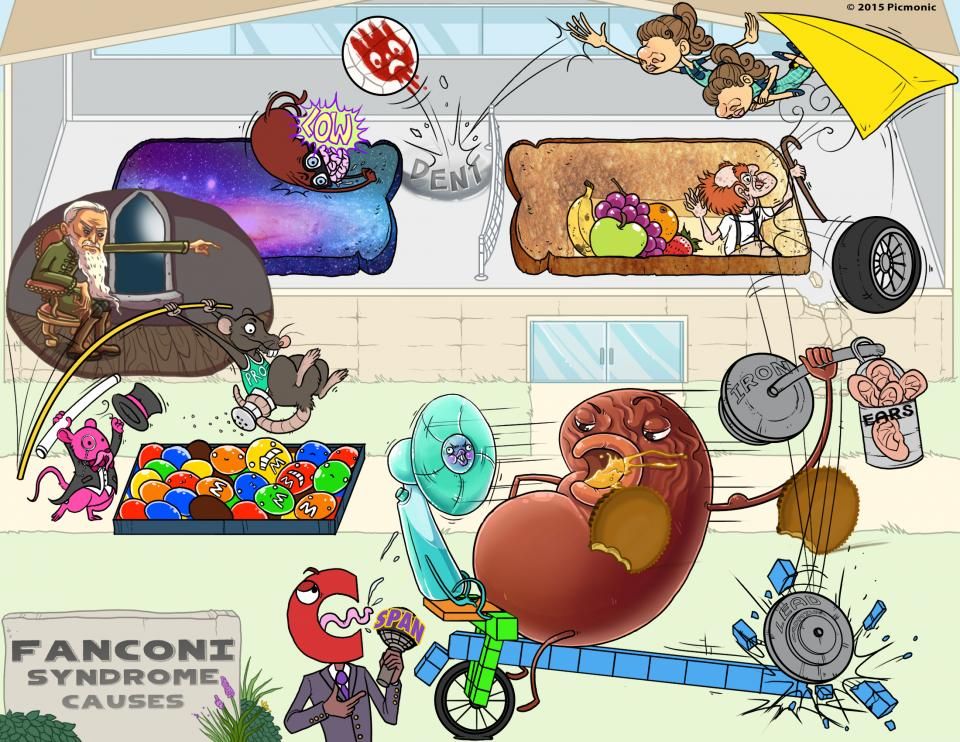 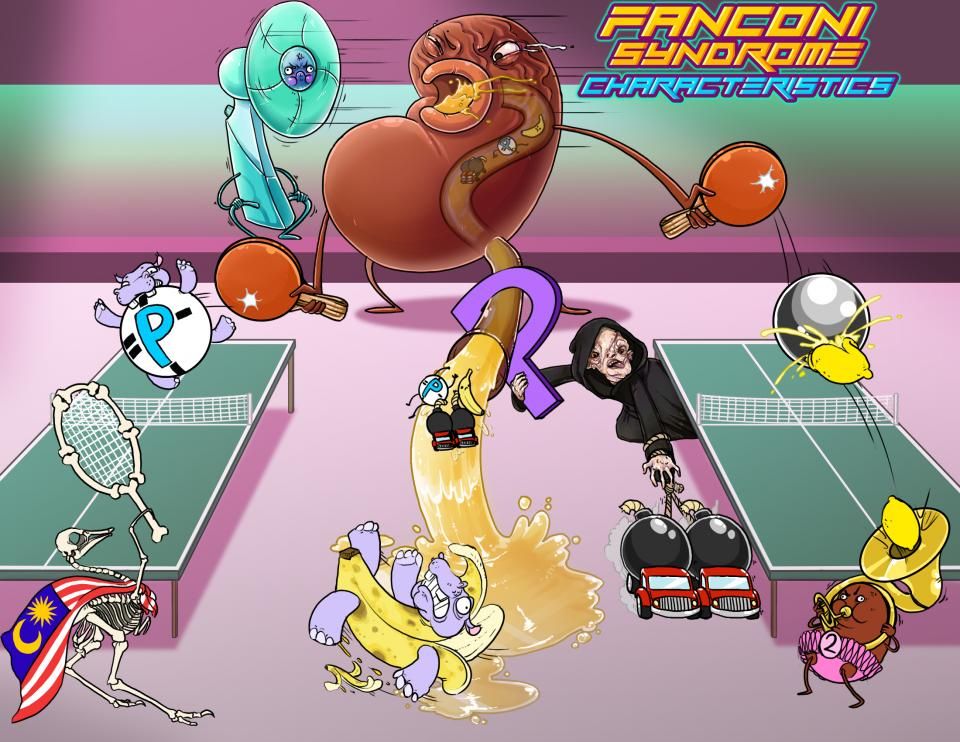 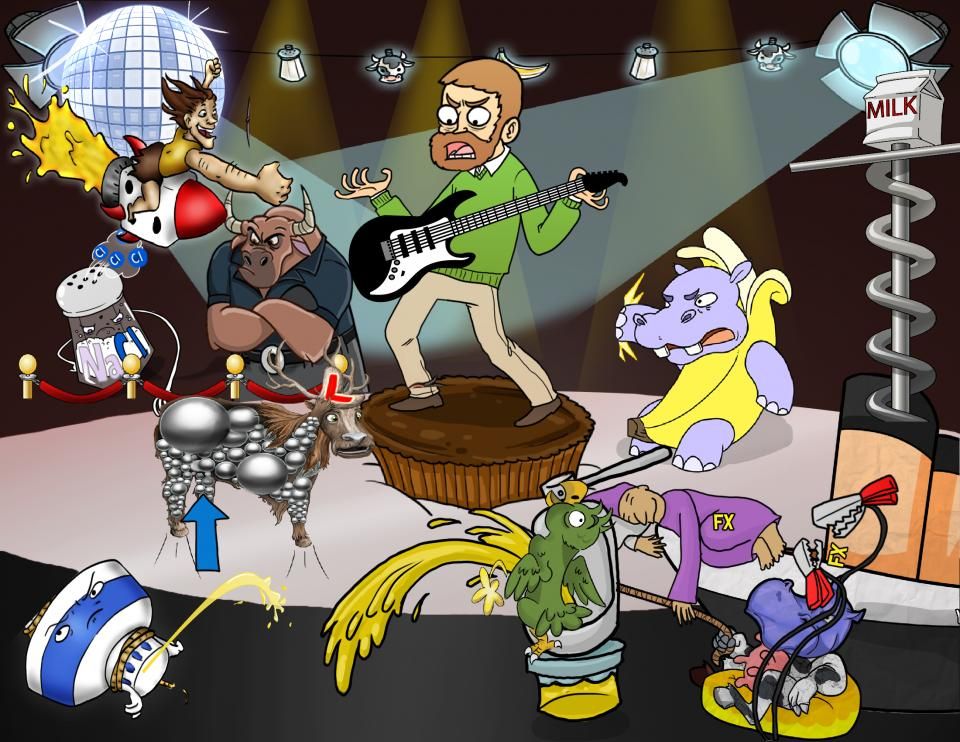 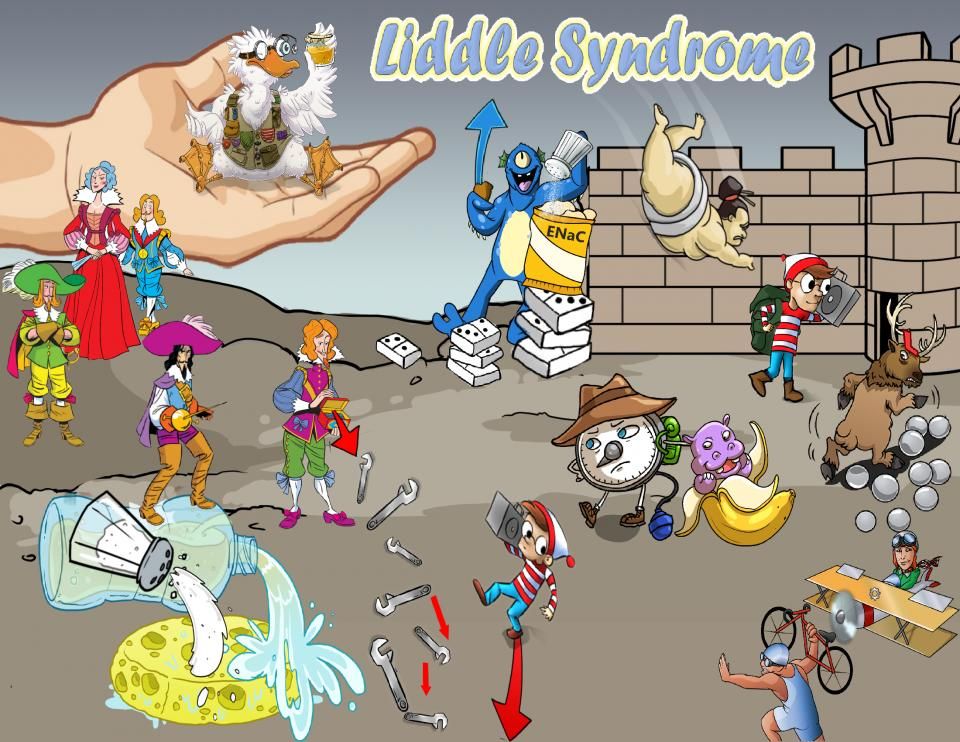 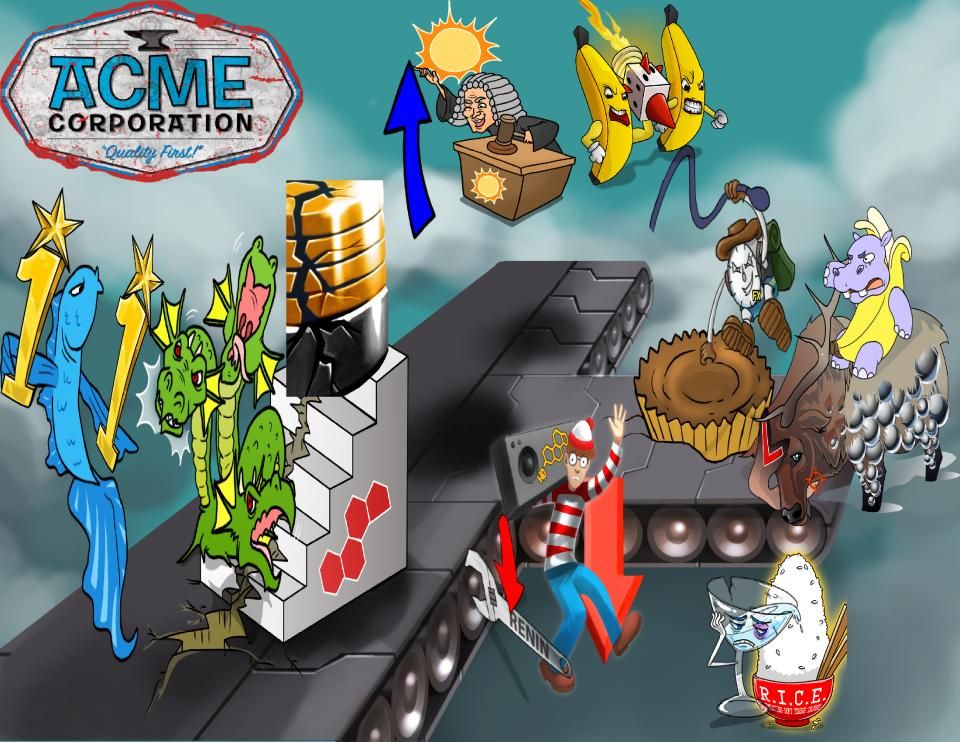 In the Emergency Department, two people came in. One of them is 40 year old Sarah, who came in with rapid, shallow breathing and tachycardia. The other one is 35 year old Alfred, who came in with slow and shallow breathing. An arterial blood gas was taken, along with electrolytes. Results showed that Sarah had low blood pH, bicarbonate and pCO2 levels and her potassium level was also low. Alfred had a high pH, bicarbonate and pCO2 levels, but his potassium level was low. Based on these results, Sarah diagnosed with metabolic acidosis, while Alfred had metabolic alkalosis. Further investigations were done, such as electrolytes and urinalysis. This showed that Sarah had hypophosphatemia and urinalysis showed phosphaturia, aminoaciduria and glucosuria, while Fred had hypokalemia and urinalysis showed hypercalciuria.

Now, the results from the labs of both individuals point towards some kind of a renal tubular defect that’s causing acid-base disorders. Before talking specifics,let’s remember the physiology of the renal tubules. The proximal convoluted tubule or PCT reabsorbs bicarbonate, all glucose, uric acid and amino acids. Apart from this, it also reabsorbs water, potassium, chloride, phosphate and most of the sodium, as well as most of the calcium. PCT also secretes hydrogen and phosphate into the urine. The thin descending loop of Henle reabsorbs water and that’s pretty much it. The thick ascending loop of Henle or TAL on the other hand reabsorbs potassium, chloride and sodium. Now, in order to reabsorb sodium, potassium and chloride, there’s a Na/K/Cl cotransporter or NKCC2, that’s only found in the kidney and its role is to snatch these ions from the urine and reabsorb them. Apart from this, TAL can also reabsorb calcium and most of the magnesium, but doesn’t reabsorb water. Now, the distal convoluted tubule or DCT reabsorbs sodium and chloride, through a sodium-chloride cotransporter, as well as calcium and some magnesium. Again, it doesn’t reabsorb water. Finally, the collecting tubule is regulated by aldosterone and reabsorbs sodium in exchange for potassium and hydrogen. Now, aldosterone acts on mineralocorticoid receptors and in the principal cells of the collecting tubule, leads to potassium secretion, while in the 𝛼-intercalated cells, leads to hydrogen secretion.

Let’s start talking about Fanconi syndrome which is a generalized reabsorption defect in the PCT. Now, Fanconi syndrome can be hereditary or acquired. Hereditary Fanconi syndrome can be caused by inherited disorders like Wilson’s disease, With this disease, there’s a defect in the copper-transporting protein and this leads to accumulation of copper in various tissues. It primarily affects the liver, but other organs,like the brain, cornea and the kidney’s PCT are also affected, the latter can lead to Fanconi syndrome. Another example is tyrosinemia, which is caused by mutations in some enzymes needed for tyrosine metabolism. There are several mutations involved, but the key fact is that depending on where the tyrosine metabolism is affected, this can result in the accumulation of tyrosine or its byproducts in different organs, like the liver, kidneys and peripheral nerves. Now, all that tyrosine or byproduct accumulation is toxic for the proximal tubule and this can result in Fanconi syndrome. Finally, there’s glycogen storage disease, which is a group of genetic conditions that affect either glycogen synthesis or the breakdown of glycogen or glucose. There are several mutations involved, but when glycogen metabolism is affected, this can result in the accumulation of glycogen in the liver and kidneys. Just like with tyrosinemia, all that glycogen can be toxic to the PCT and result in Fanconi syndrome. Okay, next there’s acquired Fanconi syndrome that can happen with ischemia. Now, renal ischemia has a lot of causes, such as hypovolemia, which in turn has many causes, such as diarrhea or acute hemorrhage. Now, hypovolemia leads to less blood flow to the kidneys and this means that the cells aren’t getting all the blood supply and nutrients they need and this can damage the PCT, leading to Fanconi syndrome. . Another condition is multiple myeloma, which can cause proximal tubular dysfunction. Now, multiple myeloma is a monoclonal gammopathy where there’s a proliferation of plasma cells in the bone marrow. These plasma cells secrete many abnormal immunoglobulins which are then filtered in the kidneys and are pretty toxic for the proximal tubule and as a result, this can lead to Fanconi syndrome. Then, there are nephrotoxic drugs, like ifosfamide, cisplatin or expired tetracycline and heavy metal exposure, like lead poisoning that can damage the PCT. Okay, now, since the entire proximal tubule is damaged, it won’t be able to reabsorb things like bicarbonate, sodium, glucose, phosphate, uric acid, etc, and they are lost in the urine. Now, when bicarbonate isn’t reabsorbed in the proximal tubule it can lead to proximal renal tubular acidosis, or type II renal tubular acidosis, or type II RTA. Here, a lot of bicarbonate is lost in the urine and as a result, serum bicarbonate levels fall, leading to acidemia and metabolic acidosis. Another important fact to remember is that since phosphate is lost in the urine, there’s also hypophosphatemia which in turn decreases bone mineralization, so these people often suffer from osteopenia.

Next, let’s move onto the loop of Henle and look at Bartter syndrome, which is an autosomal recessive condition. This is a defect that causes a mutation in the NKCC2 cotransporter in the thick ascending loop of Henle, leading to loss of sodium, potassium, and chloride in the urine. Even though there’s more sodium lost through the urine, more water is lost with it, so typically, there’s no hyponatremia. However, the potassium lost through urine will lead to hypokalemia. Also, in the thick ascending loop of Henle, calcium is reabsorbed with the help of an electrochemical gradient that’s created by the movement of sodium, chloride and potassium. Another high yield fact to remember is that when these ions are lost, calcium also can’t be reabsorbed, leading to hypercalciuria. Now, the loss of all these ions in the urine causes volume contraction or excessive loss of extracellular volume. This in turn triggers the renin-angiotensin-aldosterone system. As a result, angiotensin II and aldosterone levels rise, and the kidneys start to secrete more potassium and H+ while reabsorbing more bicarbonate in the PCT, and serum bicarbonate levels rise, leading to metabolic alkalosis. Okay, for you exam, a high yield fact is that loop diuretics also block the NKCC2 cotransporter in the thick ascending loop of Henle, means that Bartter syndrome presents almost like chronic loop diuretic use.