A 45-year-old man comes to the emergency department with left lower quadrant pain, fever. This is the 4th episode this year. A diagnosis of recurrent diverticulitis is made and a left colectomy is scheduled for tomorrow. During anesthesia, an arterial blood gas is drawn and shows:
pH: 7.3
PaCO2: 70 mm Hg
HCO3-: 30 mEq/L.

Which of the following best describes the patient's acid-base disorder? 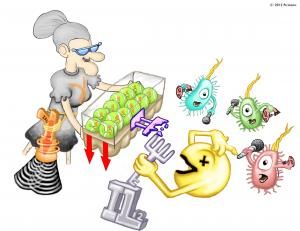 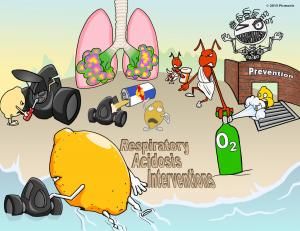