A 57-year-old man comes to the emergency department for evaluation of acute-onset shortness of breath and chest pain that began three hours ago. The patient reports poorly-localized chest pain worse with inspiration. He is a business executive and recently returned from an overseas trip. Past medical history includes hypertension and hyperlipidemia. His temperature is 37.3°C (99.1°F), pulse is 91/min, blood pressure is 142/71 mmHg, and respirations are 21/min. Breath sounds are clear to auscultation bilaterally. Examination of the lower extremities reveals swelling and erythema in the right calf. Dorsalis pedis and posterior tibial pulses are 3+ bilaterally. A chest CT is ordered and reveals the following:

An arterial blood gas is pending. Which of the following findings will most likely be present on laboratory analysis? 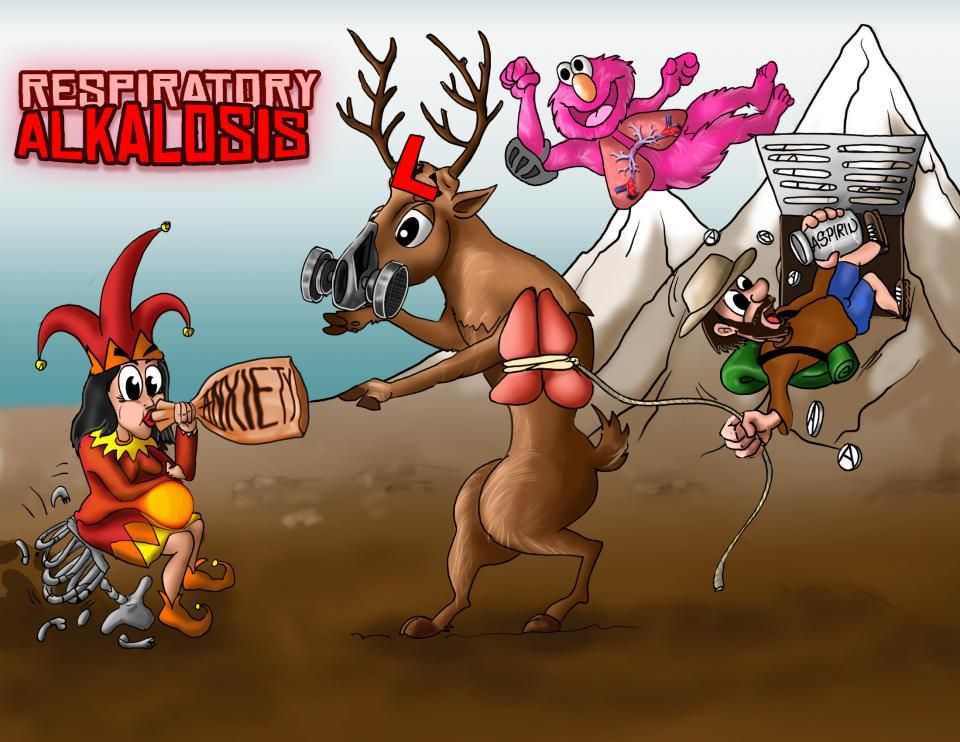 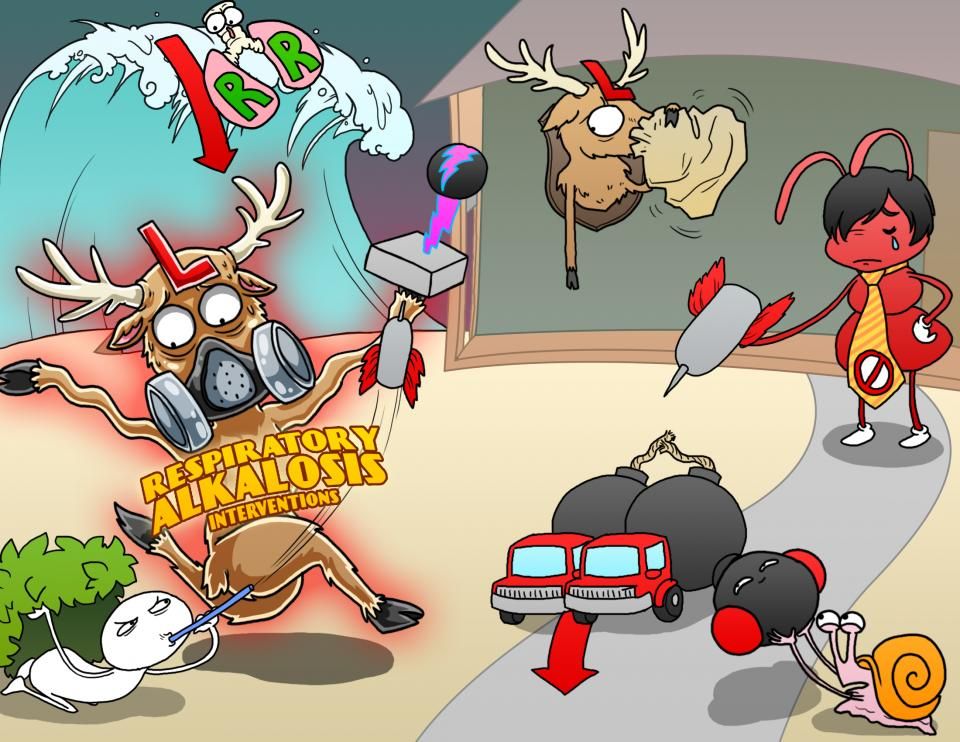 Summary
Respiratory alkalosis is usually due to alveolar hyperventilation which leads to a decrease in PaCO2 (hypocapnia) and an increase in the pH. It can also be acute or chronic.
Feedback