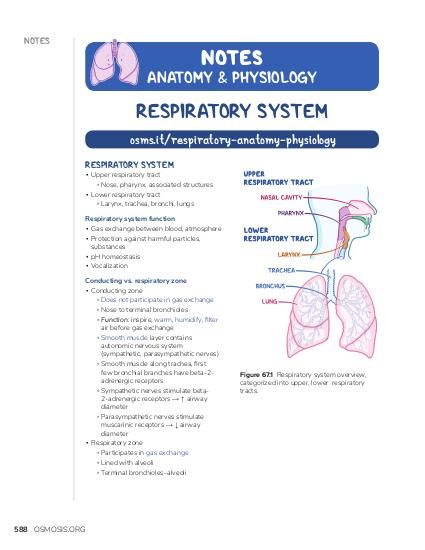 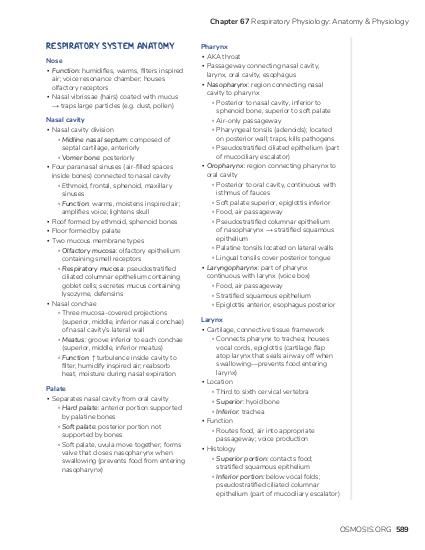 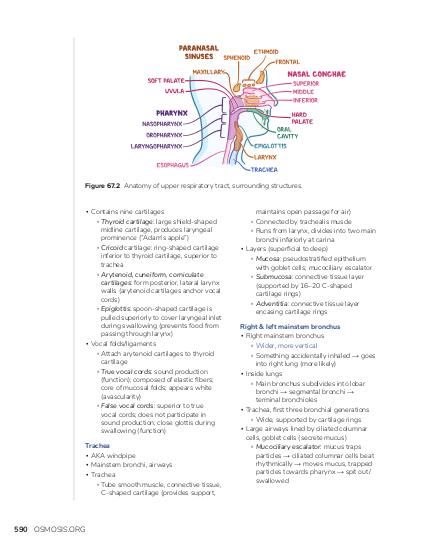 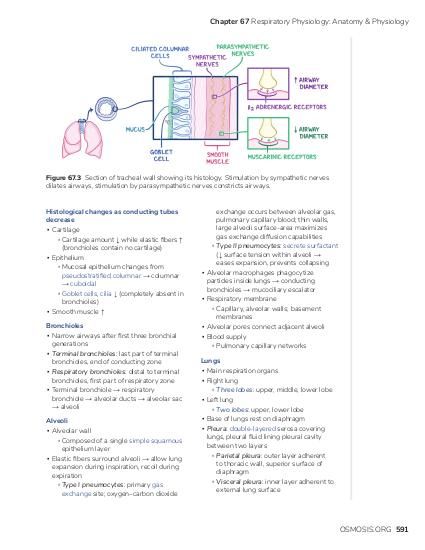 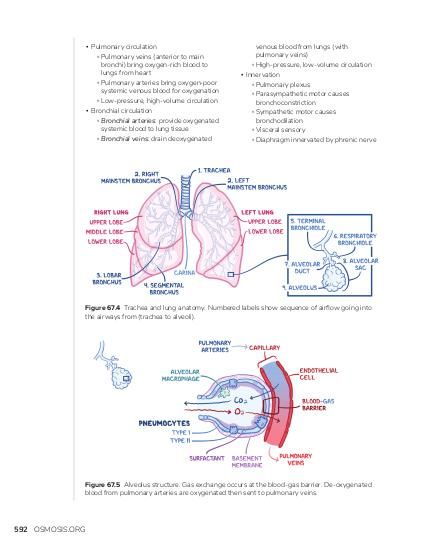 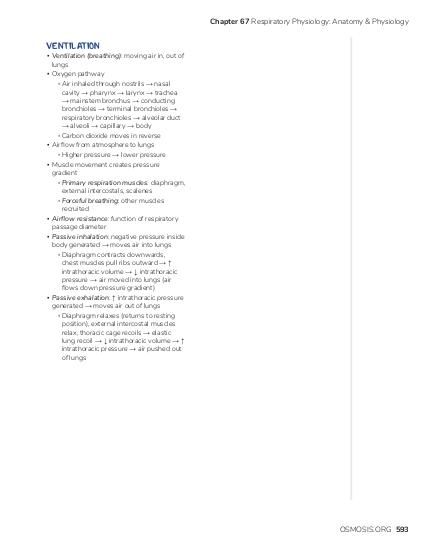 A 39-year-old female kindergarten teacher comes to the office because of progressively worsening hoarseness over the past year. Her symptoms began as hoarseness and vocal fatigue after class, but she is now unable to finish a day’s worth of instruction without “losing her voice.” She denies symptoms of acid reflux after meals or during sleep. Strobolaryngoscopy shows bilateral, white edematous swellings between the anterior and middle thirds of the true vocal folds. Biopsy of the masses shows a thickened layer of epithelium overlying a fibrin- and collagen-rich matrix. Which of the following is the most appropriate diagnosis? 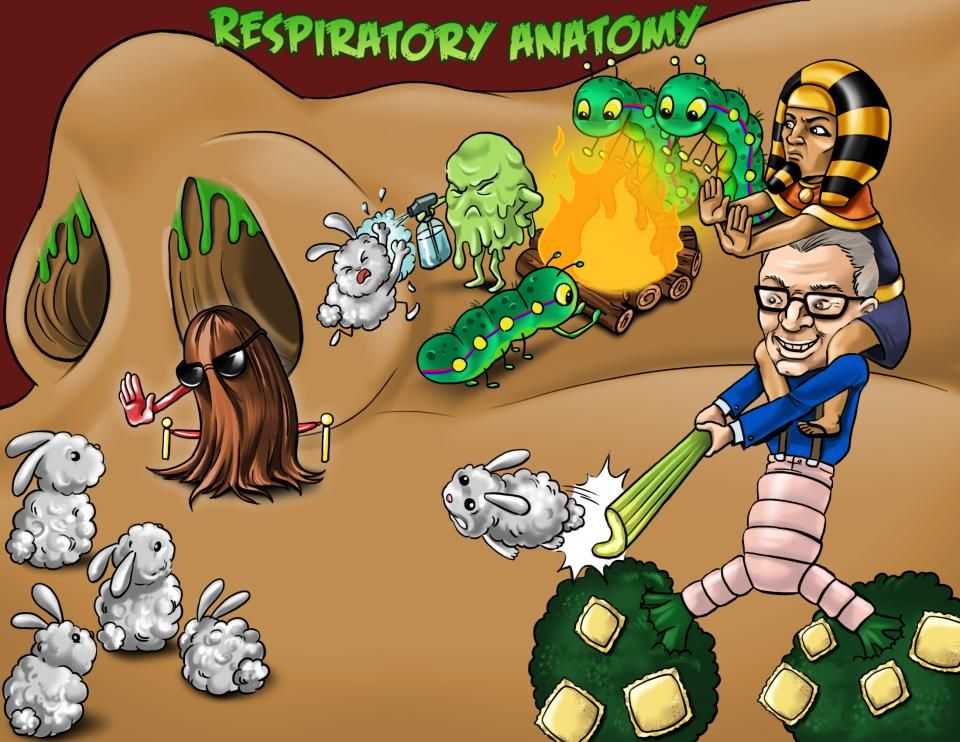 Normally, during an inhale - the diaphragm contracts to pull downward and chest muscles contract to pull open the chest, which helps suck in air like a vacuum , and then during an exhale - the muscles relax, allowing the lungs to spring back to their normal size pushing that air out.

When you breathe in, air flows through the nostrils and enters the nasal cavity which is lined by cells that release mucus.

That mucus is salty, sticky, and contains lysozymes, which are enzymes that help kill bacteria.

Nose hairs at the entrance of the nasal cavity get coated with that mucus and are able to trap large particles of dust and pollen as well as bacteria, forming tiny clumps of boogers.

The nasal cavity is connected to four sinuses which are air-filled spaces inside the bones that surround the nose, there’s the frontal, ethmoid, sphenoid, and maxillary sinus.

The paranasal sinuses help the inspired air to circulate for a bit so it has time to get warm and moist.

The paranasal sinuses also act like tiny echo-chambers that help amplify the sound of your voice, which is why you sound so different when they’re clogged with mucus during a cold!

The soft palate, the softer portion of the roof of your mouth behind the hard part that you can feel with your tongue, and the pendulum-like uvula hanging at its end move together to form a flap or valve that closes the nasopharynx off when you eat to prevent food from going up into the nasopharynx.

Finally, there’s the laryngopharynx, the part of the pharynx that’s continuous with the larynx or the voice box.

Up to this point, food and air share a common path.

But at the top of the larynx sits a spoon-shaped flap of cartilage called the epiglottis which acts like a lid that seals the airway off when you’re eating, so that the food can only go one way - down the esophagus and towards the stomach.

If anything other than air enters the larynx, then there’s a cough reflex to kick it right out.

Now, once air makes its way into the larynx, it then continues down as the trachea or the windpipe, which splits into the two mainstem bronchi. The point at which they split is called the carina.

The right mainstem bronchus is wider and more vertical than the left which is why if you accidentally inhale something big that can’t get coughed out like a peanut, then it’s more likely to go into the right lung than the left.

The mainstem bronchi then divide into smaller and smaller bronchi.

The trachea and the first three generations of bronchi, are all pretty wide and use cartilage rings for support.

Taking a look at a cross section chunk, there’s also a layer of smooth muscle which has nerves of the autonomic nervous system within it.

Smooth muscle along the trachea and the first few branches of bronchi have beta 2 adrenergic receptors.

Going back to that turkey, when you’re running, the sympathetic nerves stimulate those beta 2 adrenergic receptors and increase the diameter of the airways.

But - those same airways also have muscarinic receptors which can get stimulated by parasympathetic nerves, causing a decrease in the diameter of airways.

The large airways are lined mostly by ciliated columnar cells and a handful of goblet cells which get their name from looking like a wine goblet or glass, and secrete mucus.