A 25-year-old man comes to the emergency department with a fever, headache, and watery diarrhea. His abdomen has been hurting since last night. He noticed a small amount of blood in his most recent bowel movement, 2 hours ago. A stool sample is obtained and is positive for a lactose-negative, hydrogen sulfide-producing bacteria. Which of the following mechanisms is most likely responsible for causing the symptoms associated with the causative bacteria? 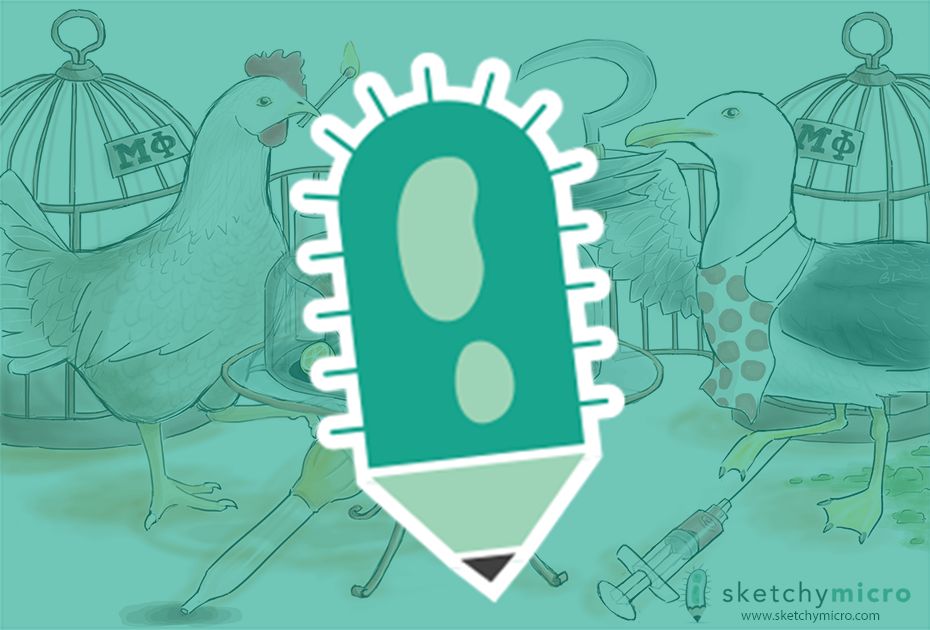 There are two main species: Salmonella bongori and Salmonella enterica, and the latter has six subspecies.

One of the subspecies is enterica, which has over 2500 serotypes that can be divided into two main groups based on the clinical symptoms they cause- so typhoidal or non-typhoidal Salmonella.

The non-typhoidal group, can infect humans and animals and cause a variety of disease states.

They’re also facultative anaerobes, so they can undergo respiratory and fermentative metabolism; and they can ferment glucose but not lactose; are oxidase negative, and produce hydrogen sulfide gas.

Now, once Salmonella is ingested and reaches the distal ileum of the small intestine, it tends to target the epithelial layer of the mucosal lining where it uses surface appendages to adhere to microfold cells, or M-cells.

And these M-cells eat, or phagocytose, the bacteria from the intestinal lumen and spit it out into the underlying Peyer’s patches - a type of mucosal immune tissue that extends into the submucosa.

This causes inflammation of the small intestines and the colon, called enterocolitis.

Responding immune cells can also damage the mucosa as they travel to the site of infection.

This can cause ulcers; and gastrointestinal tract dysfunction that leads to an efflux of water and electrolytes into the intestinal lumen, which causes diarrhea.

Now, usually, the infection is uncomplicated and limited to the mucosa, where it’s often destroyed by the local immune cells.

But, in some cases, the infection can become invasive, gaining access to nearby blood vessels, causing bacteremia.

From the bloodstream, the bacteria can spread to other organs like the brain, bones, liver, or spleen.

So, transmission can be fecal-to-oral and foodborne through consumption of contaminated raw or undercooked animal products; especially poultry, meat, and eggs, or unpasteurized milk or milk-products.