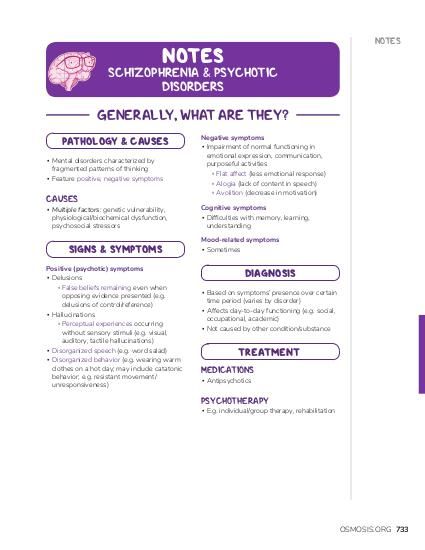 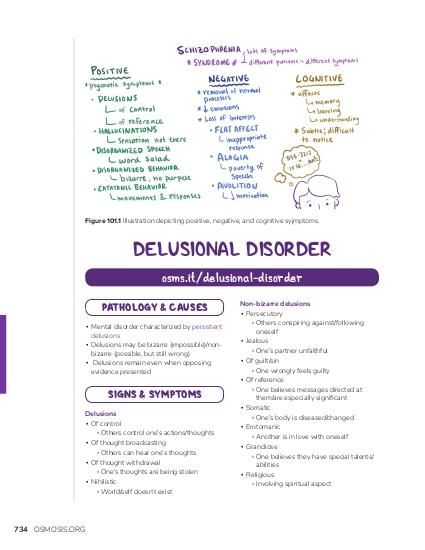 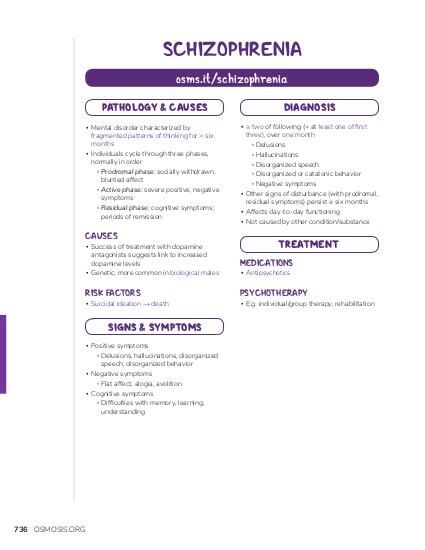 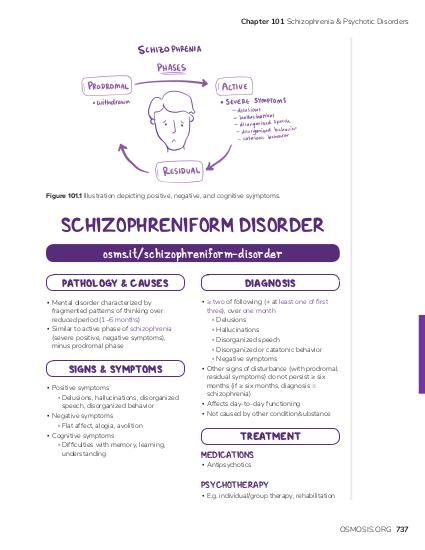 A 35-year-old woman is brought to the physician by her spouse due to a depressed mood for the majority of the last two years. The patient agrees and tells the physician that she feels her mood has been particularly low in the last month. She states she is often fatigued and cannot seem to concentrate on small tasks, such as following conversations. She also finds it difficult to fall asleep at night. The patient’s spouse adds that her appetite seems poor, and she often leaves food untouched at meals. The patient tells the physician that she is hearing voices telling her that this is the punishment she deserves. The voices have also told her to harm herself and have told her that her spouse is planning to poison her. About 18 months ago, the patient was hearing voices telling her to harm herself for a period of three weeks, but she did not have depressive symptoms at that time. She is not currently taking any medications. She does not drink alcohol or use recreational drugs. Which of the following is the most likely diagnosis in this patient?

More on the PANCE
Summary
Schizoaffective disorder (abbreviated as SZA, SZD or SAD) is a mental disorder characterized by abnormal thought processes and deregulated emotions. The diagnosis is made when the patient has features of both schizophrenia and a mood disorder—either bipolar disorder or depression—but does not strictly meet diagnostic criteria for either alone. The bipolar type is distinguished by symptoms of mania, hypomania, or mixed episode; the depressive type by symptoms of depression only. Common symptoms of the disorder include hallucinations, paranoid delusions, and disorganized speech and thinking. The onset of symptoms usually begins in young adulthood, currently with an uncertain lifetime prevalence because the disorder was redefined, but DSM-IV prevalence estimates were less than 1 percent of the population, in the range of 0.5 to 0.8 percent. Diagnosis is based on observed behavior and the patient's reported experiences.
Feedback