A 49-year-old man comes to the emergency department because of hallucinations. He is admitted to the inpatient psychiatric ward and is awaiting transport from the emergency department. He has a long history of schizophrenia and alarmed his family with talks about aliens from outer space. He often has ruminations about different galaxies and their particular alien species, but he has remained functional in terms of day-to-day life as a custodian. The patient describes with vivid detail a green alien in the room that does not speak but simply stands in the corner and observes the patient. The patient denies distress and finds the alien interesting and justifies its action by stating they are peaceful and observatory creatures. He is in no acute distress and denies suicidal thoughts, homicidal thoughts, or any other hallucinations or delusions. Which of the following is the most appropriate physician response to the patient's current condition? 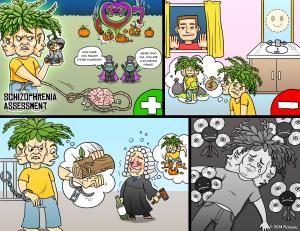 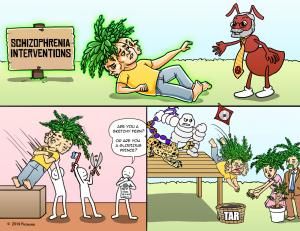