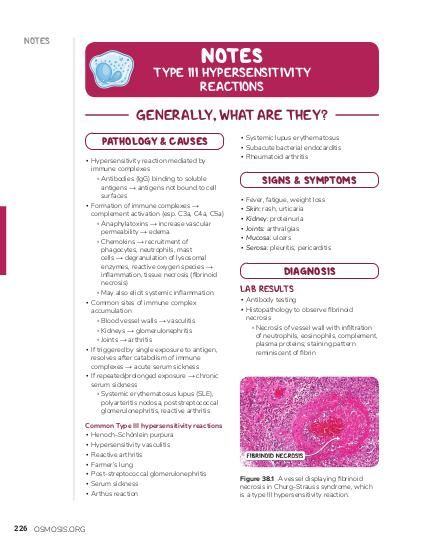 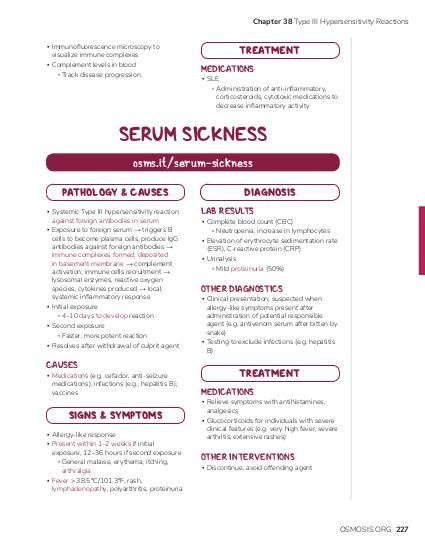 Summary
Serum sickness in humans is a type III hypersensitivity reaction in which antibodies to foreign proteins are produced, occurring 4–10 days after exposure. Most serum sickness is caused by drugs acting as haptens and result in symptoms such as fever, urticaria, arthralgia, proteinuria, and lymphadenopathy.
Sources
Feedback