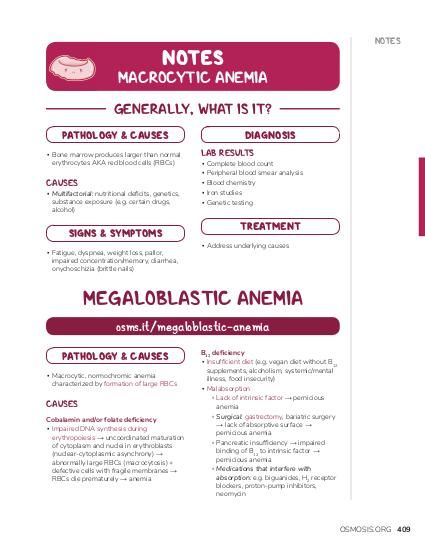 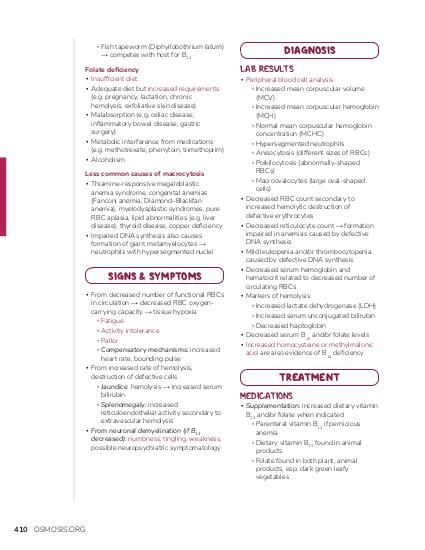 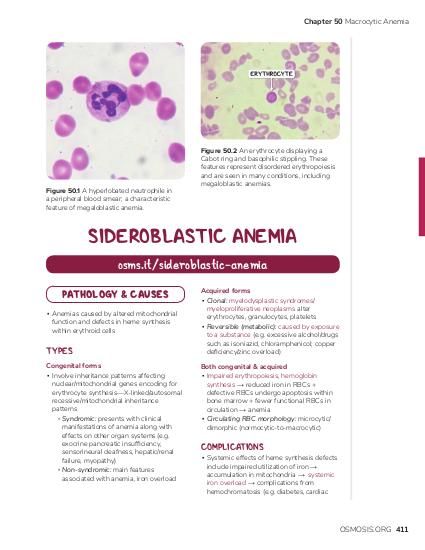 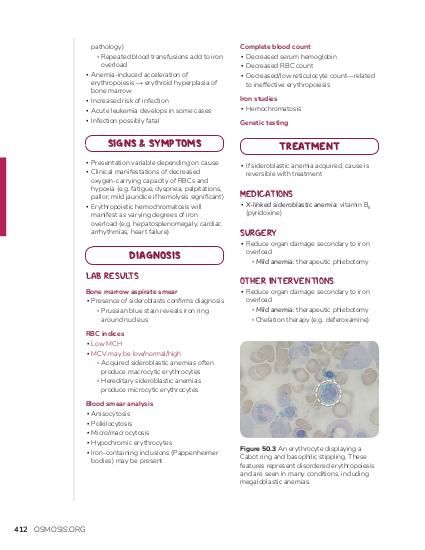 A 15-year-old man comes to his pediatrician after several months of weakness. Laboratory workup reveals a hematocrit of 20%, a decreased mean corpuscular volume, and an increased RDW (red blood cell distribution width). There is no history of metal poisoning or substance abuse. The patient denies taking any medications. A bone marrow aspirate revealed erythroid hyperplasia. Which of the following cofactors could cause similar laboratory findings if it was deficient?

With sideroblastic anemia, sidero- means iron and -blastic meaning immature and anemia refers to a condition where there’s a decrease in the number of healthy red blood cells, or RBCs in the body.

So sideroblastic anemia is a type of blood disorder where there’s a buildup of iron in the RBC’s in the body causing them to be immature and dysfunctional.

This buildup occurs because these RBC’s are unable to incorporate iron into hemoglobin which is necessary for RBC’s to transport oxygen.

In order to better understand sideroblastic anemia, we need to first take a look at hemoglobin, the main protein within RBC’s that’s responsible for carrying oxygen.

In the middle, there is an ionically bond iron 2+ and the iron is what binds to and carries the oxygen molecule.

It begins in the mitochondria where succinyl CoA binds to glycine via delta-ALA synthase which uses vitamin B6 as a cofactor to produce delta-aminolevulinic acid, or ALA.

Lastly, an iron molecule is added to protoporphyrin IX via the enzyme ferrochelatase, and 10 tongue twisters later, voila! We got ourselves a completed heme!

Now, with sideroblastic anemia, there is defective protoporphyrin synthesis which results in impaired incorporation of iron to form heme.

Sideroblastic anemia can be congenital or acquired.

The most common congenital cause is an X-linked form which means it occurs on the X chromosome and affects mainly boys since boys only have one copy of the X chromosome.

This X-link form is caused by mutations in the ALAS2 gene. The ALAS2 gene is involved in coding for delta-ALA synthase.

Without delta-ala-synthase, there is a buildup of iron and not enough normal heme production.

The acquired causes of sideroblastic anemia include excessive alcohol use, pyridoxine or vitamin B6 deficiency and lead poisoning.

Excessive alcohol consumption can lead to mitochondrial damage and nutritional deficiencies like vitamin B6, iron and folate which affects the mitochondria’s ability to form heme.