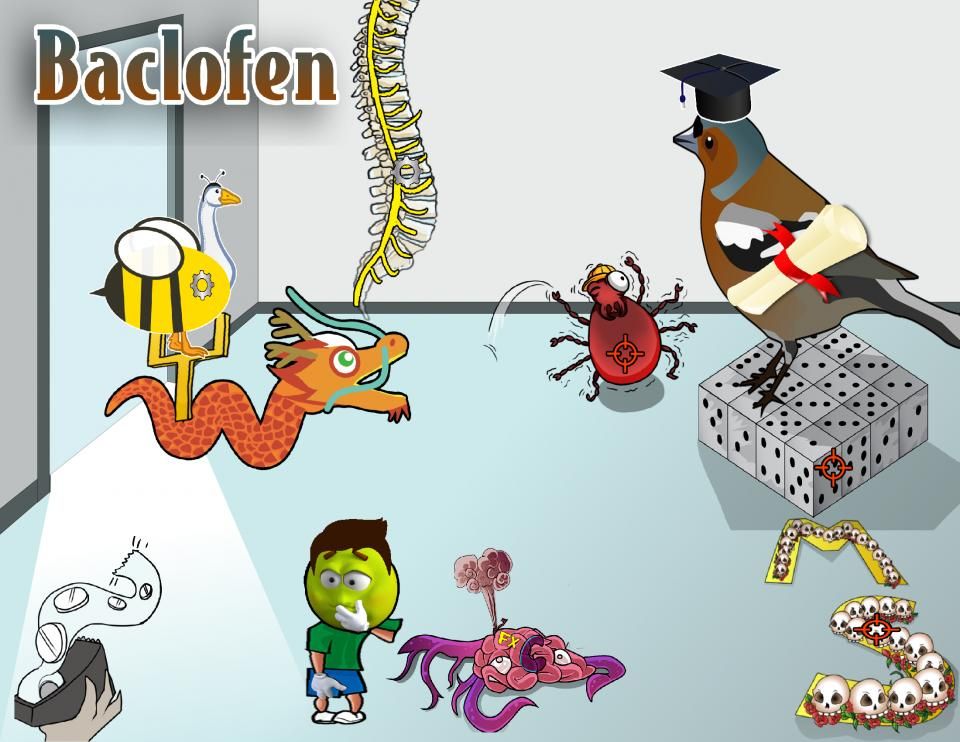 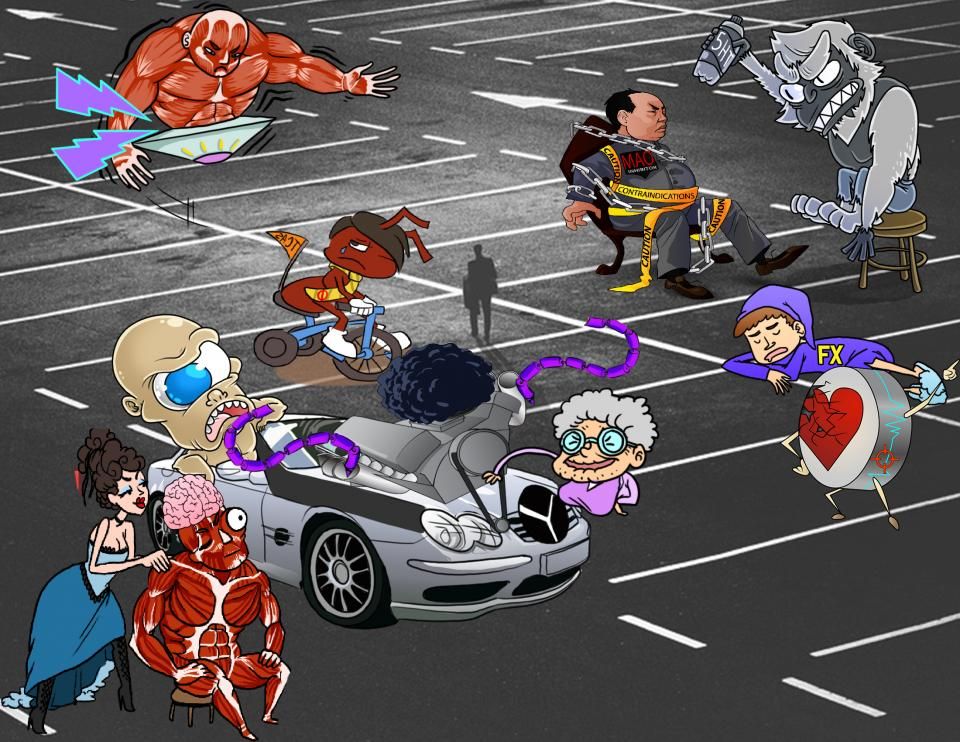 Skeletal muscle relaxants are medications that reduce muscle contraction, so they are primarily used to relieve both acute or chronic muscle spasms and spasticity.

Muscle spasms are sudden and involuntary muscle tightness or contractions, and are most often caused by muscle fatigue or injury.

On the other hand, muscle spasticity is a sustained muscle spasm associated with decreased dexterity that originates from the central nervous system, which can occur due to damage to the nerves that coordinate muscle activity, and can also be seen with chronic neurological disorders, such as multiple sclerosis and stroke; as well as in cerebral palsy and spinal cord damage.

Once administered, centrally-acting muscle relaxants act on the neurons of the central nervous system or CNS to interfere with muscle reflexes and decrease the skeletal muscle tone.

Although the exact mechanism by which they act is poorly understood, the site of action of some of these medications is known.

Cyclobenzaprine and methocarbamol primarily act on the brainstem and the spinal cord neurons. Carisoprodol and chlorzoxazone block the nerve conduction in the descending reticular formation in the brain, which is responsible for maintaining muscle tone and posture.

Tizanidine acts by stimulating alpha-2 adrenergic receptors on the presynaptic neurons in the CNS, which decreases the release of norepinephrine in the sympathetic neurons.

Finally, orphenadrine acts by blocking the muscarinic receptors as well as NMDA receptors in the CNS, which interferes with the transmission of nerve impulses from the spinal cord to the muscles.

On the other hand, the direct-acting muscle relaxant, dantrolene, enters skeletal muscle cells and prevents the release of calcium ions from the sarcoplasmic reticulum.

Due to its action, dantrolene has a special use in the treatment of malignant hyperthermia, which is caused by certain inhaled anesthetics and succinylcholine in genetically susceptible individuals.

That leads to a massive release of calcium from the sarcoplasmic reticulum, causing excessive muscle rigidity and hyperthermia. The general side effects of skeletal muscle relaxants are caused by CNS depression, and include drowsiness, dizziness, headaches, and weakness.

There may also be gastrointestinal effects, including anorexia, nausea, vomiting, and constipation. Additionally, depression of other reflex pathways can lead to hypotension and arrhythmias. In the renal system, there may be urinary frequency and urgency.

On the other hand, baclofen can cause hyporeflexia, hypothermia, and bradycardia. In addition, long-term use of baclofen and carisoprodol can lead to tolerance, and therefore require an increased dose to achieve the original response.

Moreover, these result in dependence, causing withdrawal symptoms when discontinued abruptly. Next, chlorzoxazone produces a metabolite that is excreted in the urine, giving it an orange or purplish-red color. Finally, high doses of dantrolene have a boxed warning for severe hepatotoxicity.

Now, the effects of skeletal muscle relaxants on pregnancy and breastfeeding are not clear, but they should generally be avoided as they can cross the placenta and are also secreted into breast milk.

Moreover, they should also be used with caution for clients with a seizure disorder, which can get triggered by the depression and imbalance of the neuronal activity in the brain caused by these medications; and heart disease because they can depress heart muscle activity.