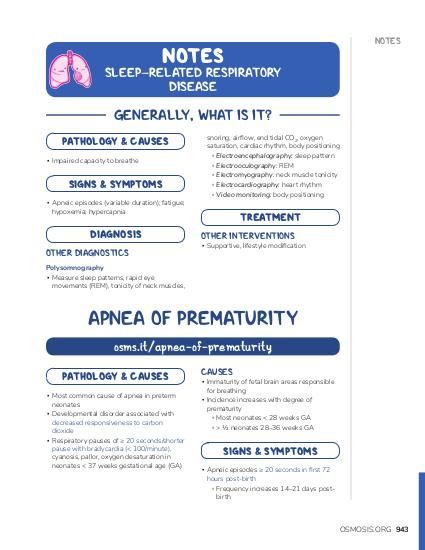 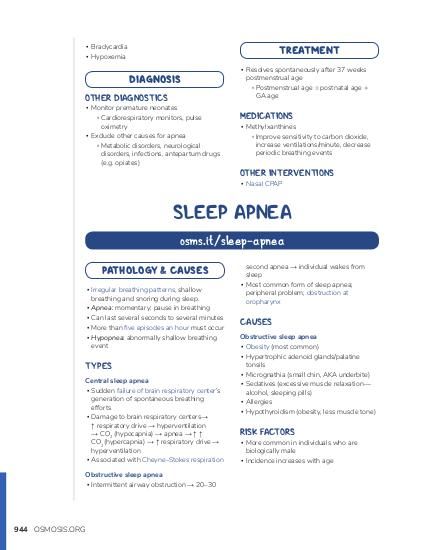 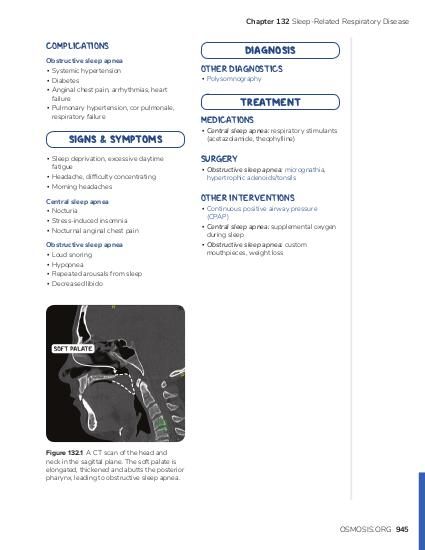 A 34-year-old woman presents to a family medicine clinic with her partner due to excessive day-time fatigue. She feels tired throughout the day despite sleeping for over eight hours nightly. The patient’s partner states that she goes through a pattern of breathing at night, during which she stops breathing, then rapidly hyperventilates. During these episodes, the period of apnea is longer than the period of hyperventilation. The patient currently smokes one pack of cigarettes per day. Her BMI is 26 kg/m2. Vitals are within normal limits. Physical exam is unremarkable. In laboratory polysomnography testing demonstrates six episodes of central apneas per hour of sleep. Which of the following best describes the underlying pathophysiology of this patient’s clinical condition? 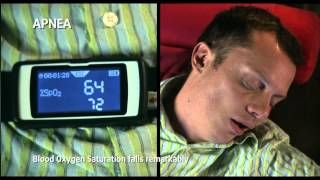 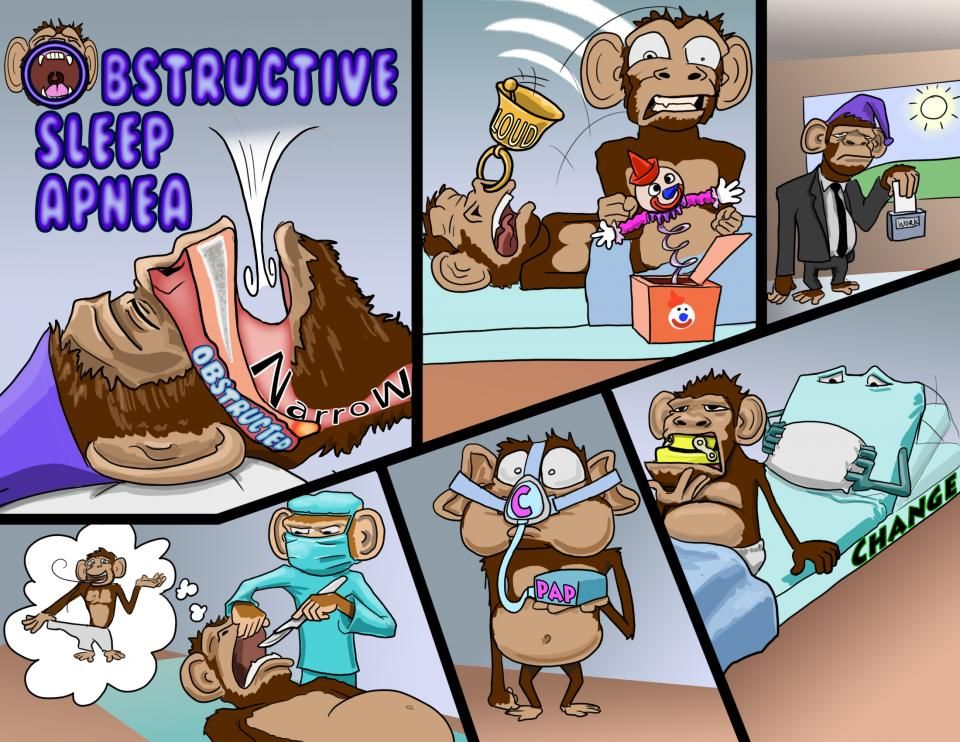 These problems are most obvious at night because hormonal changes at night cause the muscles around the airway to becomes slightly less stiff while sleeping.

This means that they are less able to keep the airway open, making it more likely to get a bit squashed or obstructed.

Central sleep apnea refers to the fact that the problem is “central” or related to the central nervous system.

This is where the brain intermittently stops making an effort to breathe for 10 to 30 seconds.

The apnea can persist for several seconds even after waking up, triggering feelings of panic and further disrupting the sleep cycle.

Central sleep apnea starts with an initial episode of hyperpnea, which is when the brain directs the lungs to start hyperventilating during sleep by increasing the respiratory rate.

This rapid breathing causes hypocapnia, a drop in the blood’s carbon dioxide levels.

When the carbon dioxide falls below a certain threshold, the body slips into a state of apnea, making no effort to breathe and taking in no oxygen.

This causes the carbon dioxide levels to rise back to normal levels and then, as the apnea persists, they keep rising to which is called hypercapnia.

The really high carbon dioxide levels triggers hyperpnea again, and the cycle starts all over.

Essentially, the respiratory system is going rapidly back and forth between two states, first making no effort to breathe and then hyperventilating, with no in-between.

Summary
Sleep apnea, also spelled sleep apnoea, is a sleep disorder characterized by pauses in breathing or instances of shallow breathing during sleep. Each pause in breathing, called apnea, can last for several seconds to several minutes. By definition, more than five episodes an hour must occur. Similarly, each abnormally shallow breathing event is called a hypopnea. Sleep apnea is classified as a dyssomnia. When breathing is paused, carbon dioxide builds up in the bloodstream. Chemoreceptors in the blood stream note the high carbon dioxide levels. The brain is signaled to wake the person sleeping and breathe in air. Breathing normally will restore oxygen levels and the person will fall asleep again. Sleep apnea is often diagnosed with an overnight sleep test called a polysomnogram, or "sleep study".
Sources
Feedback