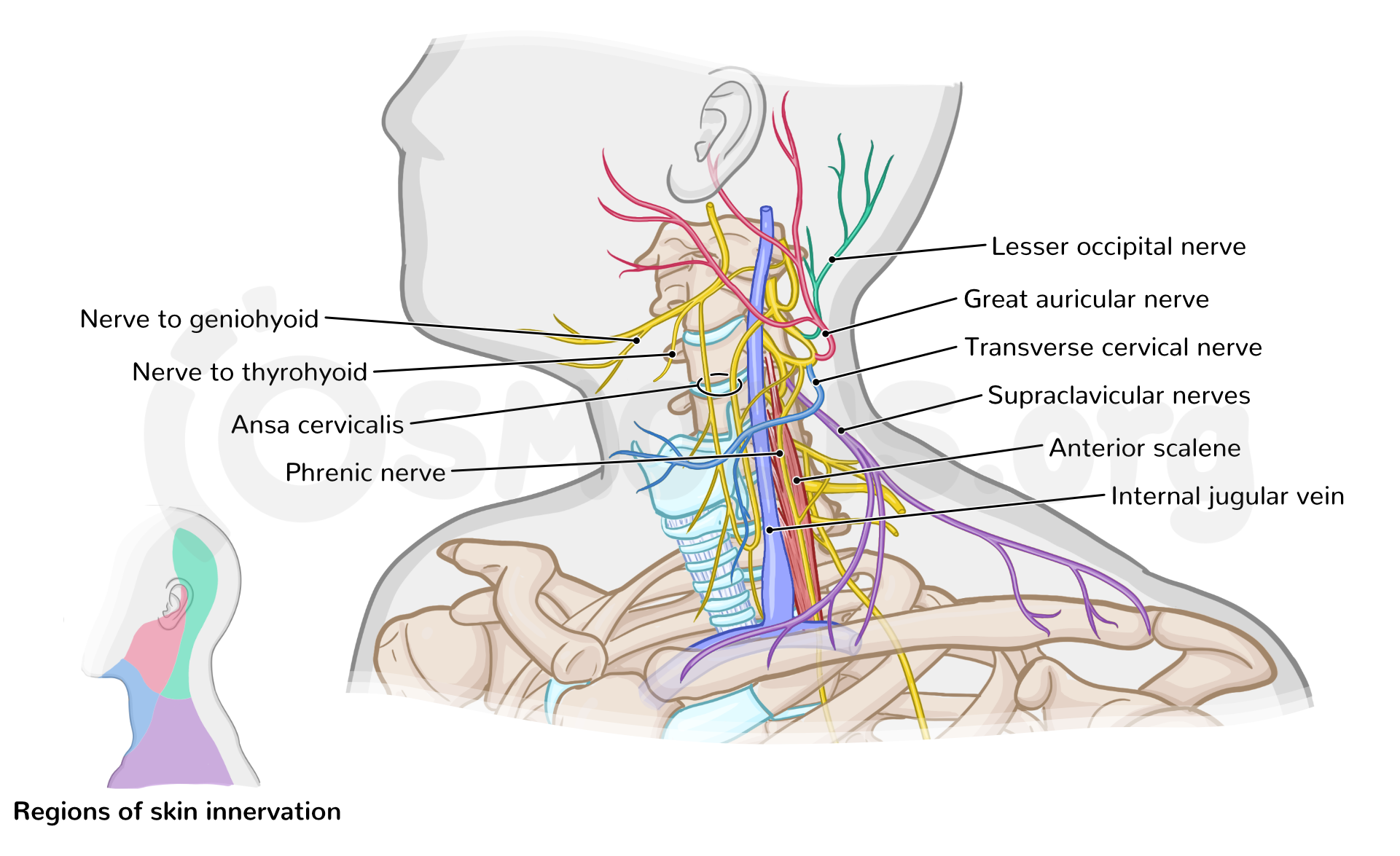 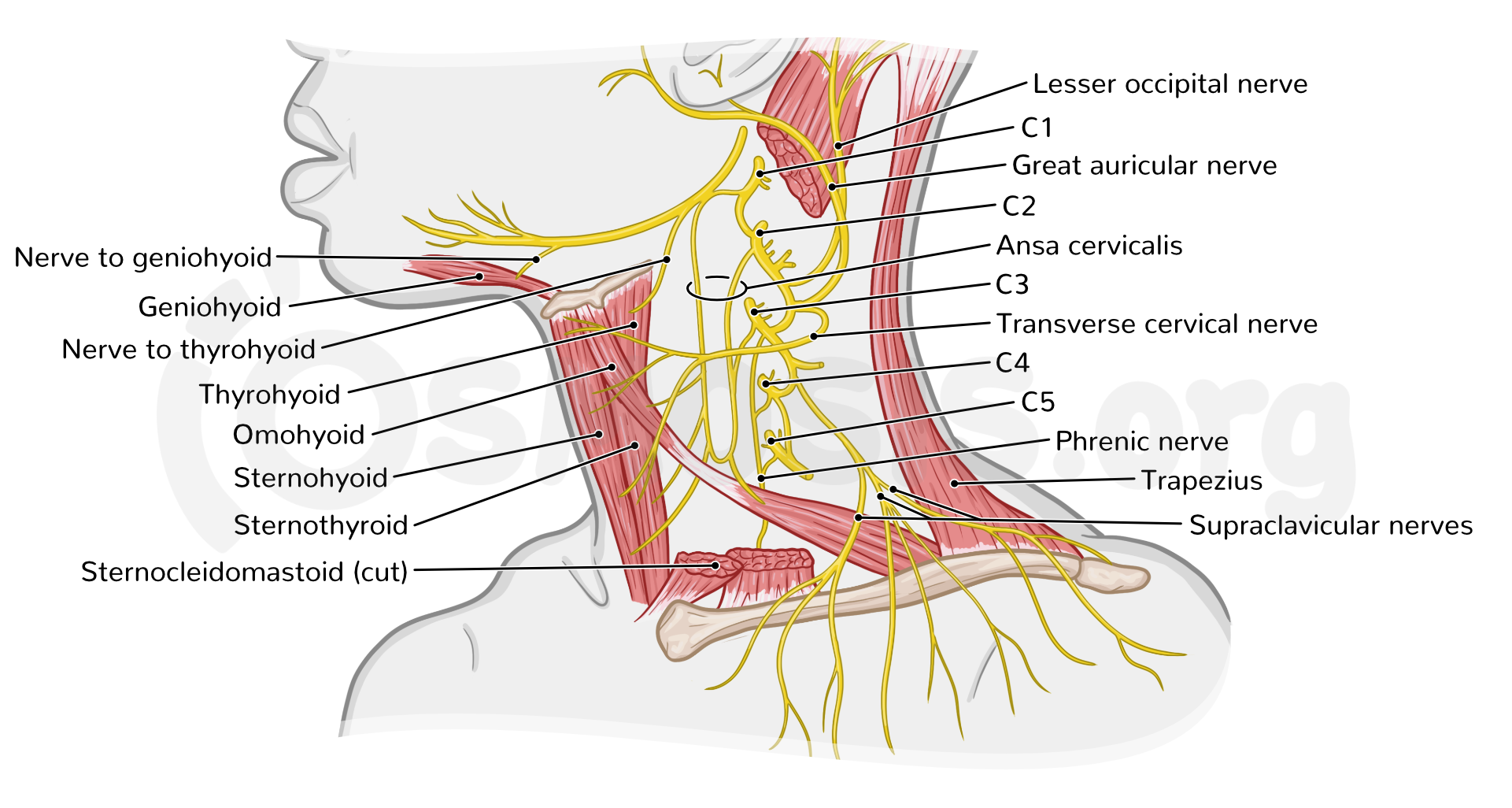 Figure 2: Diagram of the cervical plexus and spinal root contributions. 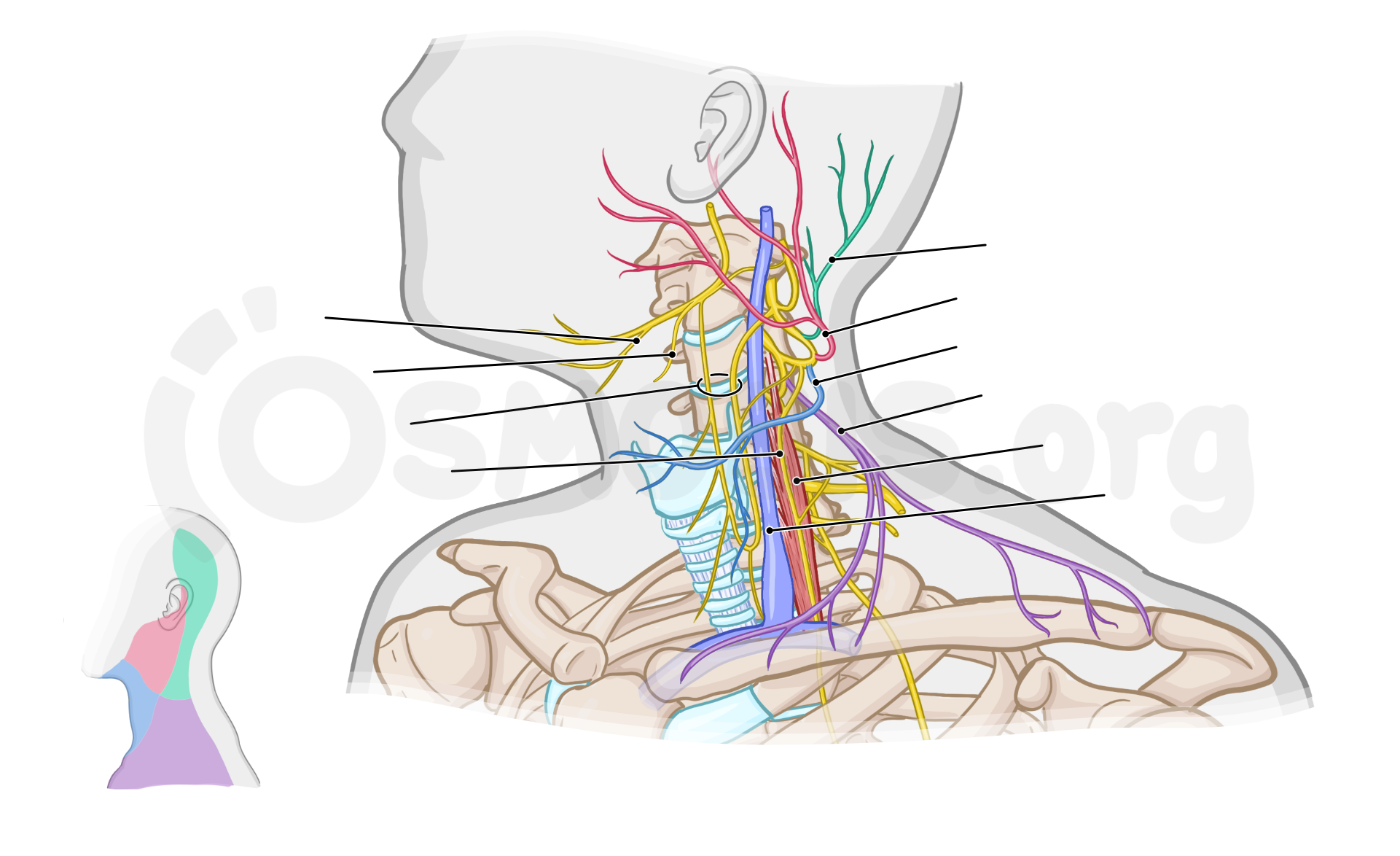 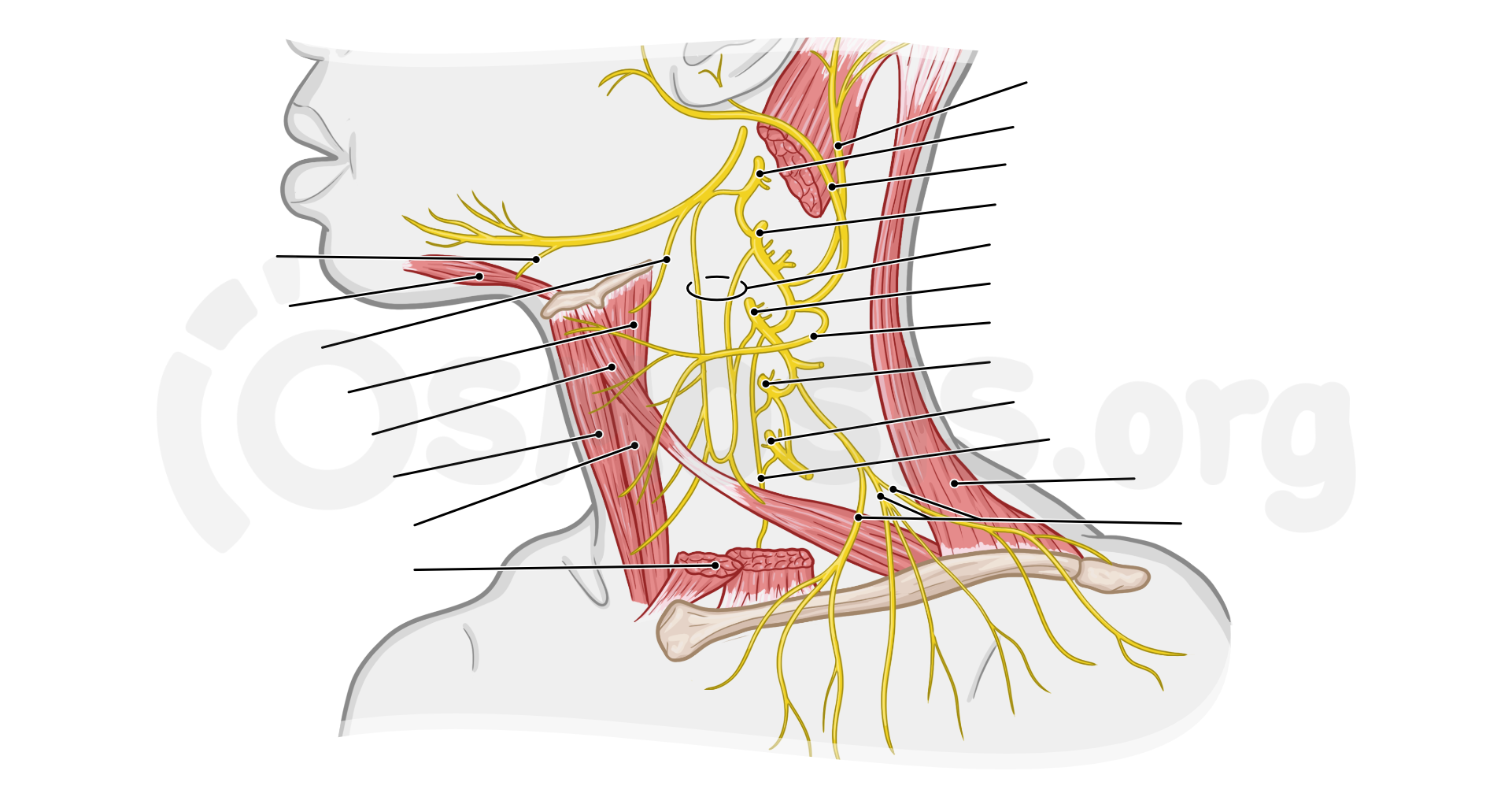 The cervical plexus is an important plexus of nerves which provide innervation to the head and neck. This plexus is located anteromedial to the levator scapulae and middle scalene muscles and deep to sternocleidomastoid - or SCM.

Now, the anterior rami of the spinal nerves C1, C2, C3 and C4 form the roots of the cervical plexus, which is an irregular series of nerve loops and the branches that arise from these loops.

Each participating ramus, except the first, splits into ascending and descending branches which unite with branches from neighboring spinal nerves to form the loops.

The superficial branches of the plexus, which initially pass posteriorly are cutaneous, or sensory, branches which innervate the skin, and the deep branches of the plexus, which includes the roots of the phrenic nerve and the ansa cervicalis, pass anteromedially and are motor branches which innervate the muscles of the neck. The cutaneous branches of the cervical plexus emerge around the middle of the posterior border of the SCM, and they supply the skin of the neck, superolateral thoracic wall, shoulder and scalp between the auricle and the external occipital protuberance.

Now let’s look at the four cutaneous nerves that innervate these areas. There are three nerves branching from the C2 and C3 loop. The lesser occipital nerve, which contains fibers from C2 supplies the skin of the neck and scalp posterosuperior to the auricle.

The great auricular nerve contains fibers from both C2 and C3 and ascends across the SCM to the inferior pole of the parotid gland, where it divides to innervate the skin over - and the sheath surrounding - the parotid gland, the mastoid process, the posteroinferior part of the auricle and an area of skin that extends from the angle of the mandible to the mastoid process.

There is also the transverse cervical nerve which also contains fibers from C2 and C3. It curves around the middle of the posterior border of SCM, passing anteriorly and horizontally across it, deep to the external jugular vein and the platysma to innervate the skin covering the anterior triangle.

The branches of the cervical plexus that arise from the C3 and C4 nerve loop are the supraclavicular nerves which contain fibers from C3 and C4 and emerge as a common trunk deep to the SCM.

These branches send smaller branches to the skin of the neck that cross the clavicle and supply the skin over the shoulder.

And finally, there are the motor branches of the cervical plexus that include the ansa cervicalis and the phrenic nerves which arise from the loops of cervical plexus, as well as branches that arise from the roots of the brachial plexus such as dorsal scapular nerve mainly from C5, but sometimes also from C4 which innervates the levator scapulae and rhomboid muscles, and the long thoracic nerve, from C5 to C7 which innervates the serratus anterior muscle.