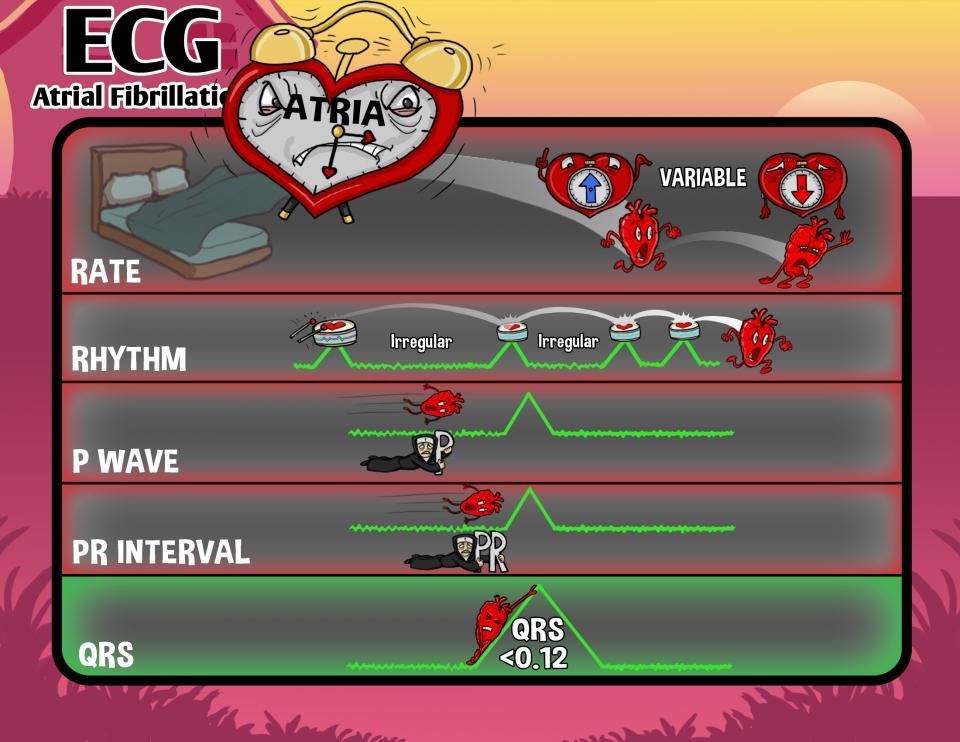 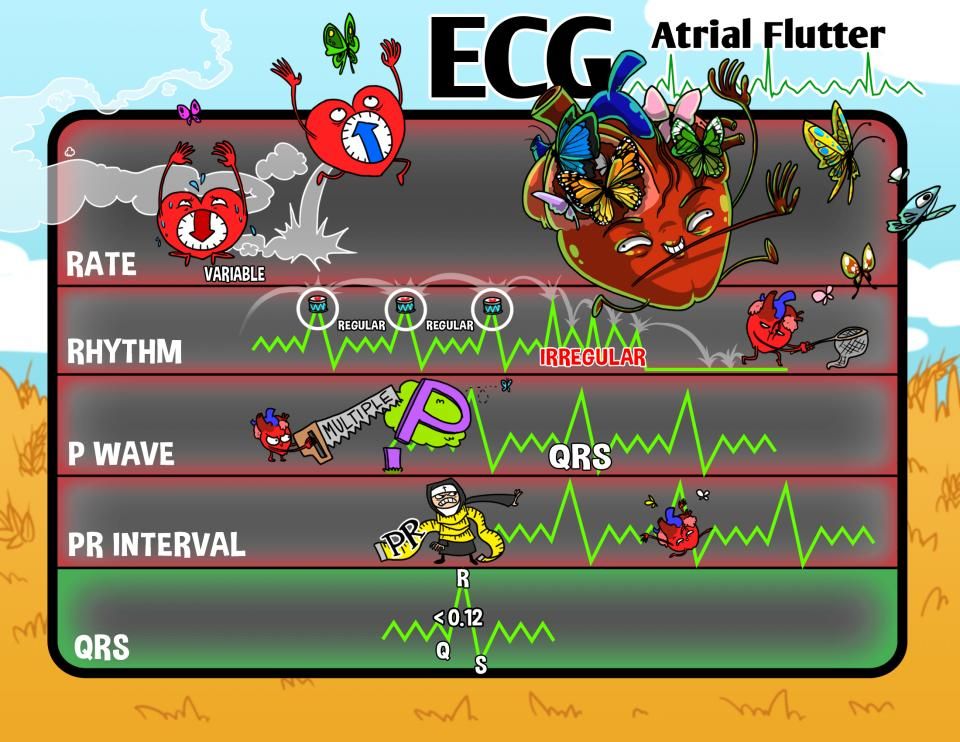 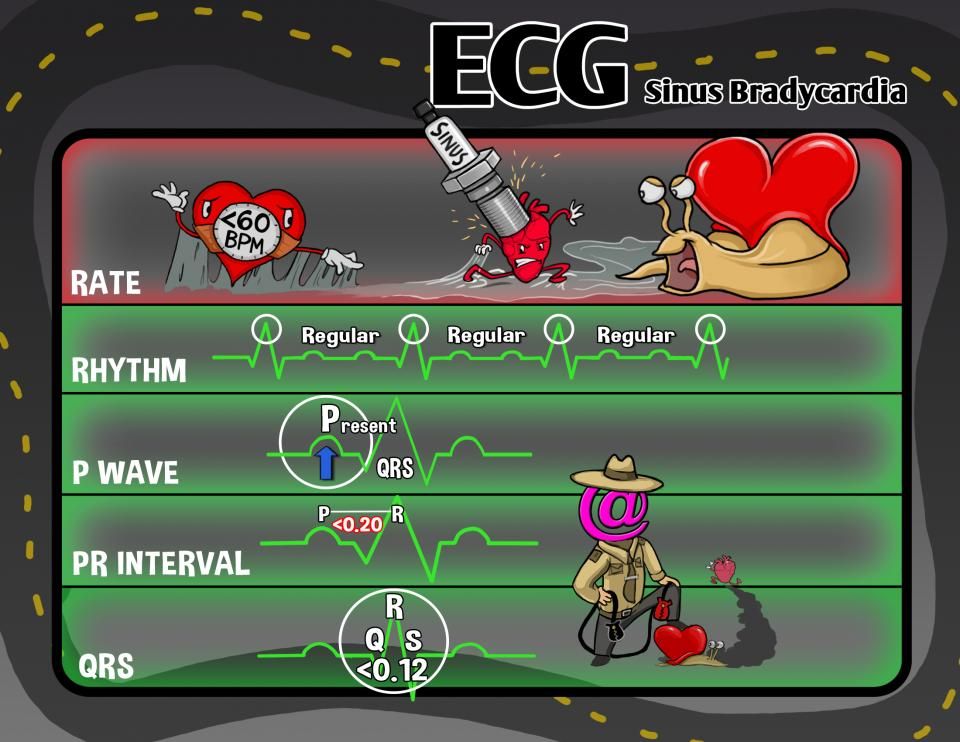 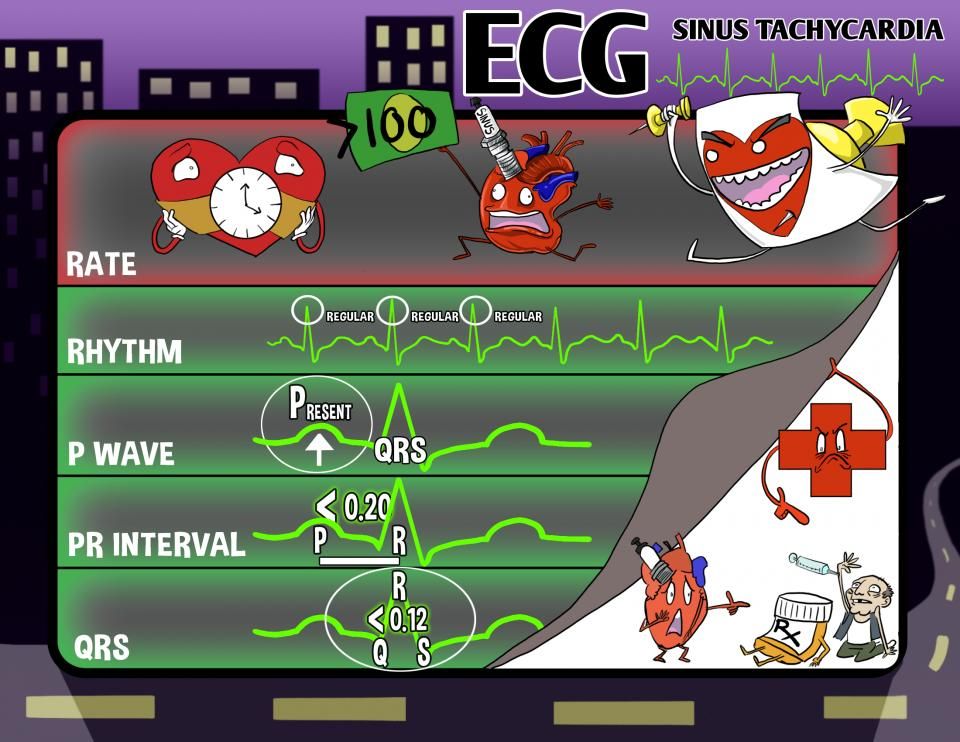 Okay, on the other hand of the spectrum we have sinus bradycardia. Keep in mind that this can be completely physiological in athletes, who can have a resting heart rate between 40 and 60, and it’s also normal during sleep. Pathological causes of sinus bradycardia include hypothyroidism, anorexia nervosa and inferior wall myocardial infarctions. Another high-yield cause of bradycardia is the Cushing reflex, which includes the characteristic triad of bradycardia, hypertension and an irregular respiratory pattern. This reflex occurs as a consequence of increased intracranial pressure, which can manifest from a variety of pathologies like head trauma, strokes, and brain tumors. For your exams, note that Cushing triad may indicate impending brain herniation, and thus, it is a medical emergency. Other causes of sinus bradycardia include a bunch of medications like beta blockers, calcium channel blockers, and opiates, in which case the solution is discontinuing the medication if possible. Acute sinus bradycardia can be treated with IV atropine, while chronic or severe cases might need a pacemaker.

Finally, sinus arrest or sinus exit block occur when the sinus node fails to fire. What you need to know is that on an ECG, there is simply a flatline pause. Fortunately, if the sinus node can’t press that reset button, somebody else like the AV node or virtually any other myocardial cell can take over.