The mainstay of the management of Tay-Sachs disease is (medical treatment/supportive care) .

A nine-month-old boy is brought into the pediatric clinic by his parents for a well-child exam. His family is of Ashkenazi Jewish descent. There is no family history of any genetic disorders, and no prenatal testing was initiated. He was born at term with no developmental anomalies noted during the first six months of life. At the physical examination, the patient is unable to roll over as he was able to do at six months. Abdominal examination is normal. His parents note that he startles easily at loud noises. Neuromuscular examination shows global hypotonia and hyporeflexia. Ophthalmologic examination reveals a red lesion on the maculae of both eyes. Which of the following is the most likely diagnosis? 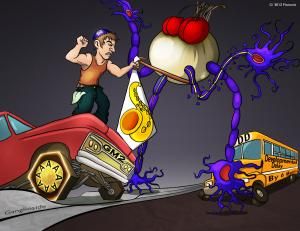