A 55-year-old woman is being evaluated one day following an appendectomy. Her temperature is 40.0°C (104°F), pulse is 145/min, respirations are 22/min, and blood pressure is 120/75 mm Hg. She becomes progressively agitated and is not oriented to time, person, or place. Her skin is moist and warm. She has a history of hyperthyroidism and atrial fibrillation. Which of the following medications is most appropriate to administer now? 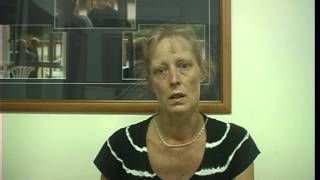 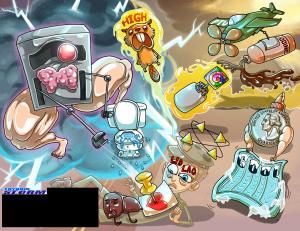 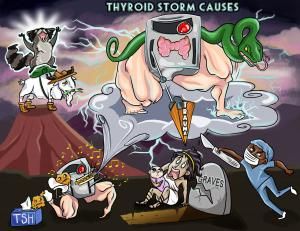 In hyperthyroidism, there’s an excess of thyroid hormone, and in thyroid storm the symptoms and physiologic effects of having excessive thyroid hormones are suddenly magnified.

Once inside the cell T4 is mostly converted into T3, and it can exert its effect.

The most common cause is Graves disease, an autoimmune disorder where B cells produce antibodies against several thyroid proteins.

Another cause is toxic nodular goiter, where one or more follicles start generating lots of thyroid hormone - in some cases it’s because of a mutated TSH receptor that inappropriately keeps these follicular cells active.