A 5-year-old boy with a history of Tourette syndrome comes to the pediatric department because of the inability to focus at school. His mother says that, over the past six months or so, her son has started having difficulty in school. For example, he easily loses focus, procrastinates, and shows poor impulse control. At the last parent-teacher conference, his teacher complained he is constantly "bouncing off the walls" and generally disrupting class. Which of the following pharmacologic options would be the best treatment? 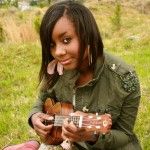 Grammy Nominee has Tics: 15 Things to Know About Tourette’s Syndrome 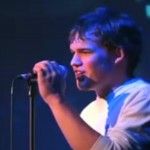 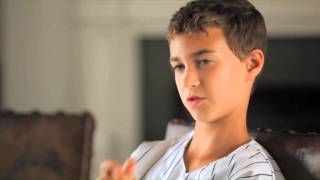 There are three major types of tic disorders listed in the DSM-5: Tourette syndrome, which is the most well-known; persistent motor or vocal tic disorder; and finally, provisional tic disorder.

Individuals with these disorders all suffer from tics, which are quick, nonrhythmic movements or vocalizations that occur over and over, and aren’t side effects of some other condition like Huntington’s disease or substance abuse.

For example, individuals might feel the urge to spontaneously and repeatedly clap their hands, make a facial grimace, grunt, or even perform hidden movements like moving the tongue around inside the mouth.

Although these actions and gestures might be appropriate in some situations, the fact that they are repeated even in inappropriate situations is why they are considered abnormal.

In addition to having a tic, three additional criteria are used to help differentiate between the three types of tic disorders.

Criteria A is the number of motor or vocal tics, criteria B is the duration of the tic disorder, and criteria C is the age of the person when they started having tics.

For a diagnosis of Tourette syndrome (also called Tourette’s), an individual must have multiple motor tics and at least one vocal tic; however, these do not have to happen at the same time.

The important thing here is that both motor and verbal tics are present.

The frequency of individual tics might change over time, but they need to persist for at least one year.

Finally, the tics must have started before the age of 18—in fact, they most often appear between the ages of 4 and 6.

Of the three types of tic disorders, Tourette’s is considered to be the most severe.

As with Tourette’s, the tics have to persist for at least a year and must have started before the age of 18.

Finally, for a diagnosis of provisional tic disorder, an individual must have a single or multiple motor and/or verbal tics, but they must be present for less than 1 year since their onset, and they must have appeared before the age of 18.

Tics can be simple or complex.

Simple tics are relatively short in duration, lasting milliseconds, and can include subtle behaviors like eye blinks, which are classed as motor tics, or throat clearing, which is considered a verbal tic.