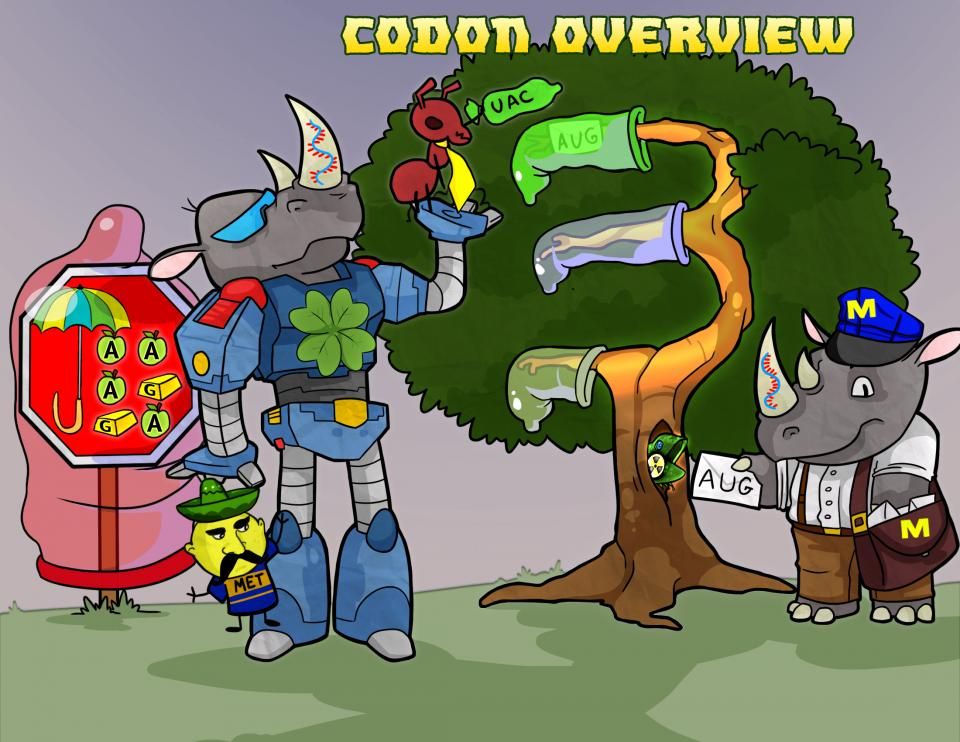 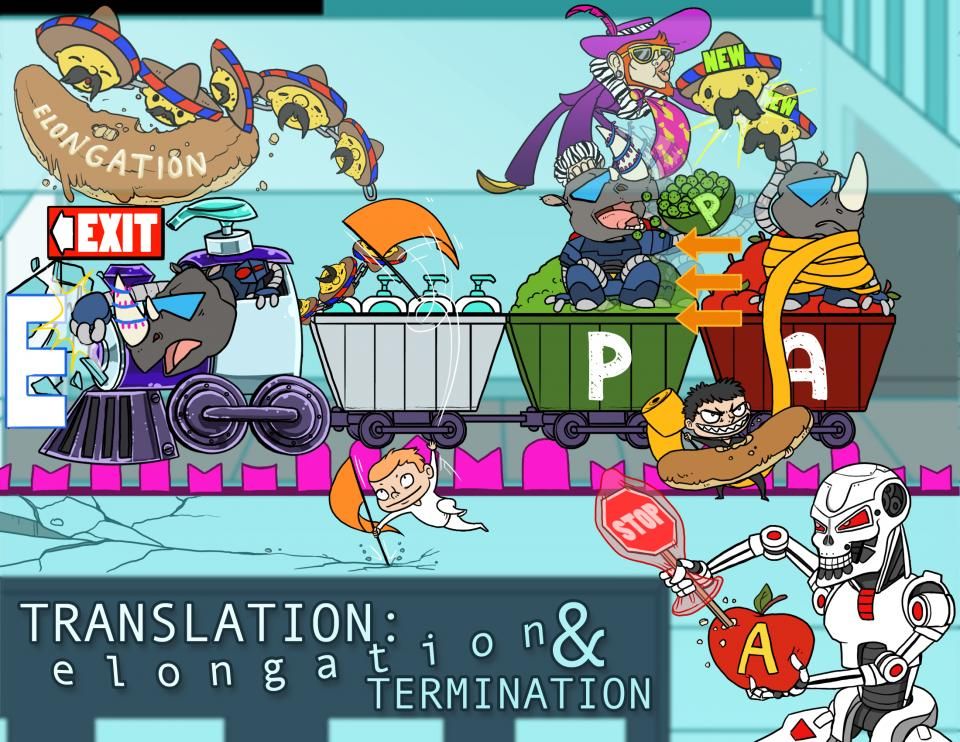 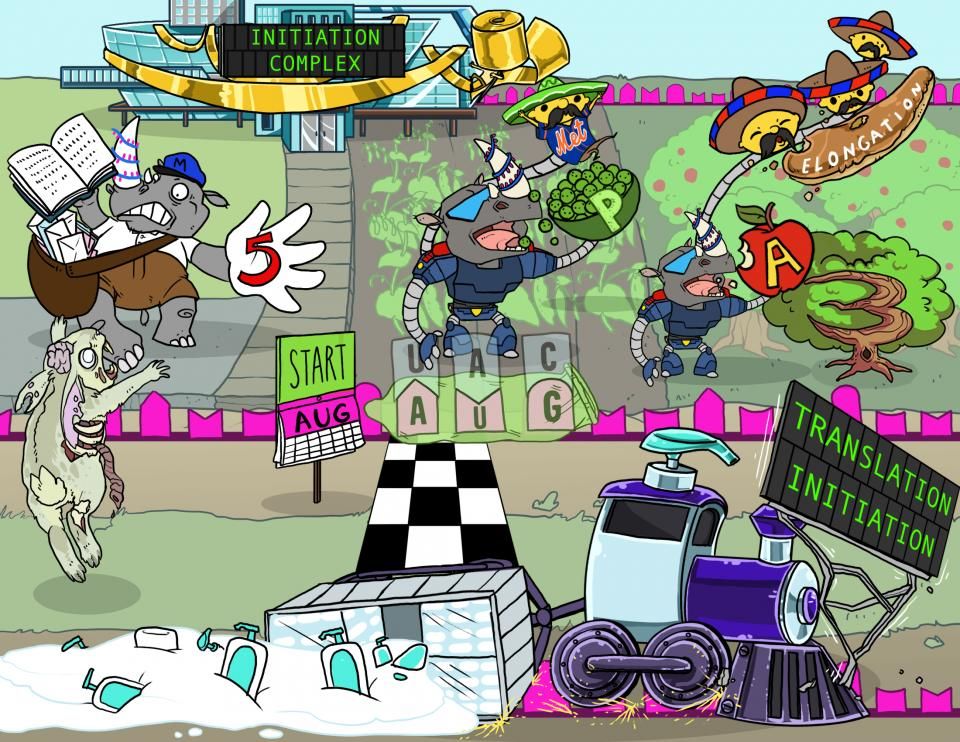 Translation is the second step, and it’s when organelles called ribosomes assemble the protein from amino acids lying around in the cytoplasm.

mRNA is a chain of four types of nucleotides - which are the individual “letters” or “building blocks” of mRNA.

Nucleotides are made out of a ribose, which is a 5-carbon sugar, a phosphate, and one of the four nucleobases - guanine, uracil, adenine, and cytosine - or, commonly, G, U, A, C for short.

These nucleotides are the actual information carried within the RNA - each 3 letters is one amino acid.

In total, these four nucleotides can be arranged into a total of 64 combinations.

The freshly made mRNA floats out of the nucleus through a pore, and hooks up with an idle ribosome to begin getting translated into a protein.

Right away, there’s a process called initiation which is where the ribosome grabs the mRNA.

Groups of 3 “letters” are called codons, and each codon codes for one amino acid, or gives a certain signal, such as start or stop.

So, for the ribosome to start, it needs to find a start codon. That is usually a sequence of A U G - which simultaneously codes for amino acid methionine. So most proteins actually begin with methionine!

When the ribosome runs into this, it knows that from here on, every subsequent codon represents one amino acid in the protein.

Now while each codon codes for a single amino acid; each amino acid can be coded for by one or more codons.

Translation continues until the ribosome runs into a stop codon, which is a sequence of U A A, U A G, or U G A. The stop codons do not code for anything else, except for stopping - which is also known as termination.

But mRNA is only a blueprint of which amino acid goes where in order to get a protein.

The actual job of ferrying the amino acids to the ribosome is done by another type of RNA, called transfer RNA, or tRNA.

tRNA is a very short RNA sequence that is specialized for finding a specific type of amino acid within the cytosol, and bringing it to the ribosome.

tRNA only has a 3 “letter” coding sequence, called the anticodon, which is complementary for what’s written in the mRNA - it means that it can briefly bind to the corresponding mRNA codon and deposit the amino acid within the ribosome.  So, the ribosome has 3 sites for tRNA to bind.

They are the aminoacyl site, or A, the peptidyl site, or P, and the exit site, or E.